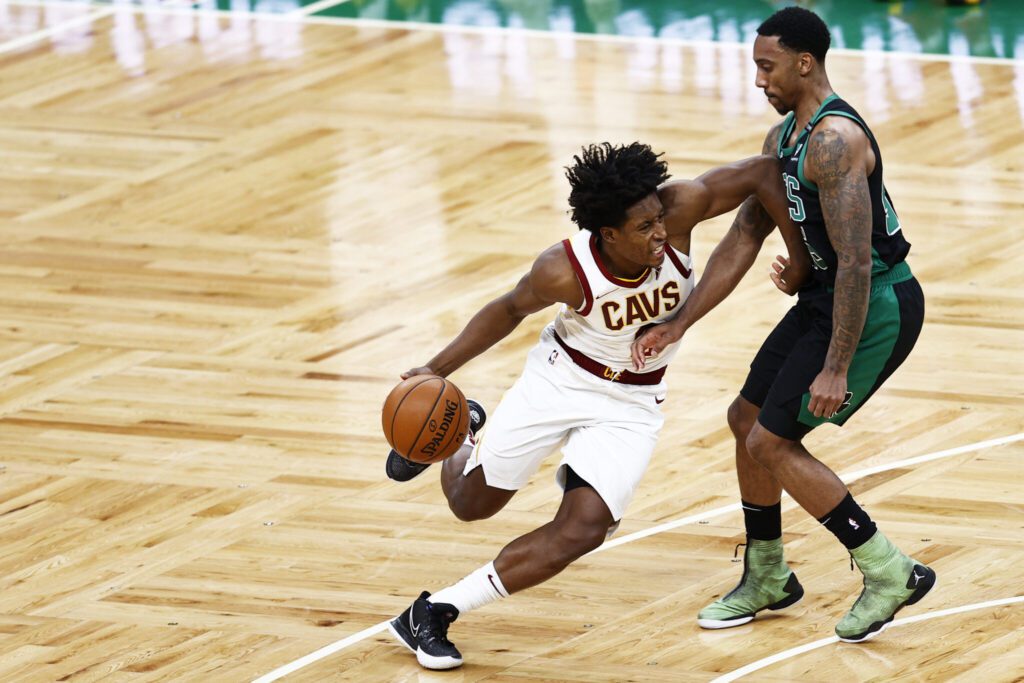 BOSTON, MASSACHUSETTS - JANUARY 24: Collin Sexton #2 of the Cleveland Cavaliers drives against Jeff Teague #55 of the Boston Celtics at TD Garden on January 24, 2021 in Boston, Massachusetts. NOTE TO USER: User expressly acknowledges and agrees that, by downloading and or using this photograph, User is consenting to the terms and conditions of the Getty Images License Agreement. (Photo by Maddie Meyer/Getty Images)
Share
Facebook Twitter Email

According to the online sports book Betonline.ag, the Celtics are 8.0 point favorites.

Games against the likes of the Hawks and Rockets, along with a thrilling win over the 76ers, ended a 10-game losing streak for the Cavaliers, but they dipped back to 100 points or fewer in each of their last three games. The Heat handed them their fourth straight loss following a four-game win streak.

The Cavs returned Kevin Love for 11 minutes this week before he fell again with a calf injury. Andre Drummond and Taurean Prince are sitting, as Cleveland goes all in developing its youth. The team now features the worst offense in the NBA in terms of scoring and offensive rating. Its promising defensive start has slid to league average with Drummond out.

Jarrett Allen has long been a Celtics killer, and is averaging 13.8 points and 9.6 rebounds per game since landing in Cleveland in the James Harden trade. Javale McGee provides solid bench rim protection behind him and rookie Isaac Okoro has shown flashes, but the team largely relies on the volume shooting of its inefficient guards for offense. This game should otherwise be a relief for Boston after facing elite shooting teams in Brooklyn and Utah, unless Sexton gets hot.

Jayson Tatum and Jaylen Brown looked sharp again, combining for 47 points on 24-of-45 shooting in the loss against the Jazz. Brown is getting back to the basket and into transition runs, while Tatum’s shot is falling. The pair shot 50% in the same game for the second straight night, after not doing so going back to January before that.

Marcus Smart will assume more play-making with Walker out, which should be a positive after a night playing off the ball where he struggled to shoot. His 2-of-10 night largely swung the game toward Utah. Robert Williams III and Daniel Theis both thrived at center.

All those effort should translate into a manageable win like Sunday’s against Houston as Boston gets back to beating the competition it should in recent weeks. A cover seems likely here as well, with Cleveland struggling to get within 10 points of its opponents lately. Watch Larry Nance and Allen, who may be able to take advantage of Boston’s interior woes with cutting.