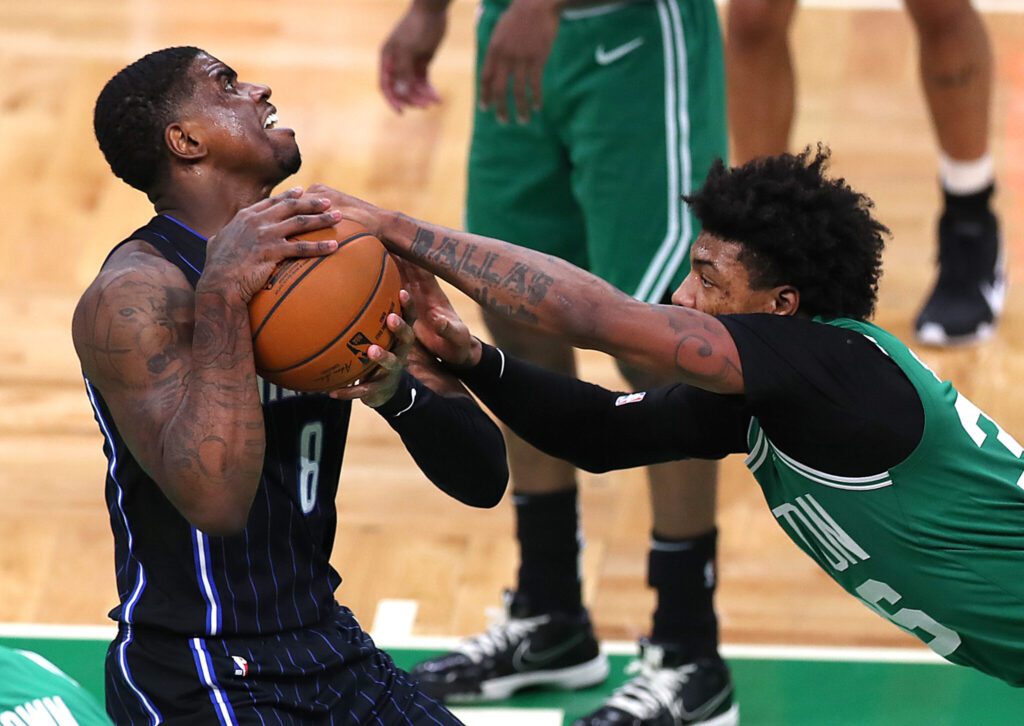 The Boston Celtics (20-21, 18-23 ATS) host the Orlando Magic (14-27, 20-20-1 ATS) as losers of three straight and 4-of-5 as their season continues to unravel. They lost to struggling Cavs and Kings teams wire-to-wire, while Orlando has gotten back on its feet with some semblance of health and stunned Brooklyn on Friday.

According to the online sports book Betonline.ag, the Celtics are 8.5 point favorites, despite dropping two straight with heavy favor from Betonline. Aside from against depleted Houston, Boston hasn’t covered as a favorite since Feb. 26 against Indiana. The C’s are bottom-six against the spread.

What’s left to say about the Celtics? They don’t play with great energy, pace, or defensive intensity and have become one of the most exciting opponents for opposing teams to see in the NBA. Marcus Smart and Boston, for their part, have admitted internal issues impacting the room.

“I think we need to be more engaged in each other,” Brad Stevens said Friday. “I think that teams are fragile things.”

The Magic have been losing all season and would love to knock off another playoff team. Jimmy Butler handed them eight straight losses with an explosive second half, Evan Fournier turned the ball over down by one point with five seconds left against the Knicks, then Orlando broke its nine-game swoon behind 38 points from Aaron Gordon in his second game back hosting Brooklyn.

Gordon could be a potential Celtics target it Boston meets the price. Danny Ainge’s willingness to do so begins with beating a seller, as Boston continues to slide behind teams they once dreamed of pilfering at the trade deadline. Teams like Atlanta, Chicago, New York and Charlotte are now more likely buyers than the Celtics.

Orlando still isn’t close to postseason contention, but as more players return from injury they’ll appear closer to being a Steve Clifford team. They’re ultra-competitive, play sound defense and feature one of the best scorers in the league in Nikola Vucevic. In March, Vucevic is averaging 26.4 points, 12.9 rebounds and 5.0 assists per game on 48% field goal and 38% three-point shooting. He converts 83% of his free throws and the Magic have improbably won his minutes this year (+4 per 100 possessions), despite losing this season by 6.7 per 100.

Dying for a Celtics win? I’m going to reverse course and hold out on Boston until further notice. Given my recent picks, that should set the team on a straighter path.

Orlando is also a dreadful offensive team, a tick above Cleveland in scoring (105.8 OR). That didn’t matter when the last-ranked Cavaliers offense unloaded 117 on the Celtics. The Magic compare favorably to Cleveland, with the personnel to score between Fournier, Vucevic and Gordon, but not the consistency, depth or point guard stability needed behind them.

Ross is a significant loss as a microwave scorer and ball-handler with great success against Boston. Orlando is missing three guards if Carter-Williams sits — Kyrie Irving scored 43 points on Friday — opening a door for an aggressive Kemba Walker to emerge and lead Boston’s offense. Vucevic can be targeted in the pick-and-roll while Walker and Daniel Theis have produced magic on those plays at times this year — +8.0 in their minutes per 100.

There is evidence that Boston can win this one. That hasn’t mattered much lately, and if Clifford can key in on Jayson Tatum and Jaylen Brown with strong perimeter defends in Al-Farouq Amini and Gordon while attacking the paint on offense, then they’ll be in this game into the late stages.