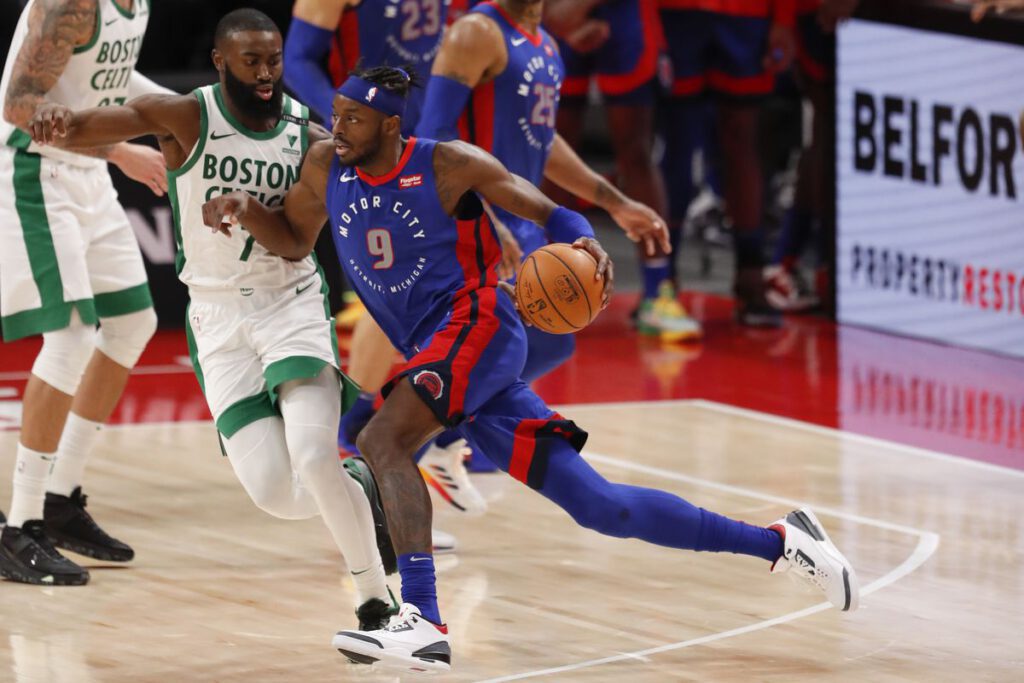 The Boston Celtics (13-11, 13-11 ATS) play the Detroit Pistons (6-19, 13-11 ATS) for the third time this season, on the second half of a back-to-back. Detroit defeated Brooklyn and the Lakers in recent weeks, but lost the other five games over their last seven.

Kemba Walker will sit, after scoring 21 points on 5-of-8 shooting from three, as part of his knee treatment. Marcus Smart (calf), Robert Williams (hip) and Romeo Langford (wrist) are out too.

According to the online sports book Betonline.ag, the Celtics are 8.0 point favorites

The Pistons appear on track to grab one of the top-three spots in the NBA Lottery, but their ability to cover spreads at the same rate as the Celtics shows how close they’ve played through their league-leading 19 losses.

Jayson Tatum hit a shot to win the second and missed a potential game-winner in the first game of a back-to-back set in Detroit. Jaylen Brown and Tatum combined for more than 50 points in both games, while Jerami Grant scored 48 points in the series.

Grant remains among both the most-improved and valuable players in the league in his first Detroit season. He dropped 32 points in Detroit’s upset over Brooklyn and is shooting 44.5% on field goals and 38.7% from three.

Blake Griffin is struggling to convert shots as his career wanes. Wayne Ellington, Delon Wright and rookie big Isaiah Stewart can hurt Boston’s defense inside and out if the Celtics continue to struggle defending the rim. Detroit traded Derrick Rose last week, who hurt the Celtics in January.

Detroit , overall, is not in a position to win games, so this should be one of the easier wins for the Celtics this season. They will still require repeat performances from their depth. Payton Pritchard should receive his first start, but Brad Stevens may want to stagger his minutes with the second unit and could start the struggling Jeff Teague.

Semi Ojeleye, Carsen Edwards and Pritchard opened space for Brown and Tatum’s driving lanes in yesterday’s win over the Pistons, and Daniel Theis sealed the game late with clutch blocks.

The Celtics will have difficulty repeating their offensive performance without Walker’s spacing, so they’ll need to flash more of that defensive consistency. That’s important ahead of Sunday with the high-scoring Wizards too.

This would be a perfect night to steal some rest for hurting players like Brown and Theis if Boston can turn this into one of the routes reminiscent of earlier in the season.