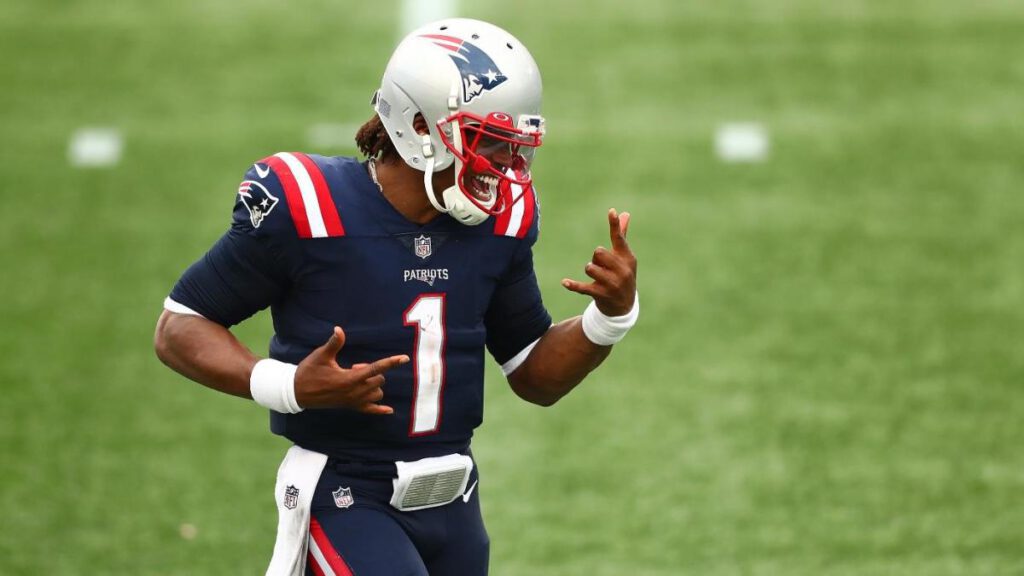 The Patriots face-off against the Washington Football Team on Thursday for their first preseason game. It will be the first time a football game is played at Gillette Stadium with fans in the stands since the Wild Card round loss to the Tennessee Titans in January of 2019. You might remember this as Tom Brady’s last game in a Patriots uniform.

Since then, Tom has won a Super Bowl – while New England has signed Cam Newton, re-signed Cam Newton, and drafted the heir apparent to Tom Brady in Mac Jones. These two have been the focus all camp, and they’ve been relatively even thus far.

Here are the betting lines for Thursday’s game from our exclusive wagering partner, BetOnline.ag:

All eyes are going to be on the Patriots quarterbacks on Thursday. According to our own Evan Lazar, starting quarterback Cam Newton may not see any action at all this week. Most 11’s reps in Tuesday’s in-stadium walk through went to Mac Jones and Brian Hoyer.

Seeing some Mac Jones but mostly Brian Hoyer in 11s. Belichick mentioned the #Patriots were getting ready for Washington today. Could signal that Cam won't play on Thursday night.

It will be interesting to see how much they actually play Newton. Looking back to how the team treated Tom Brady, if they completely sit him out or just give him one series, then he’s the bonafide starter of this team. However if he’s given a decent amount of reps similar to what Jones gets, then we may have a real life quarterback competition going down in Foxboro.

Washington Football Team’s coach Ron Rivera confirmed last week that the team will be playing their starters on Thursday night. He also said that he wants to see quarterback Ryan Fitzpatrick take command of the offense.

Ron Rivera on Thursday "We're going to play our guys on Thursday (#patriots) I'll tell you that right now."

Sounds indeed like Fitz will play at least one series. @team980 @LockedWFTPod

This is the obvious one. New England has a lot riding on their 15th overall pick from the 2021 draft, and both fans and media will be quick to judge what the team might have in the quarterback.

Kendrick Bourne was brought in along side Nelson Agholor as a free agent to bolster New England’s depleted wide receiver room. He is listed as a backup on the depth chart behind Agholor and Jakobi Meyers. It will be interesting to see if Bourne can show his worth tonight after being paid to do to this offseason.

Former first round pick N’Keal Harry has had a strong start to camp. He is doing and saying the right things despite requesting a trade from the team this offseason. Listed as a backup WR alongside Kendrick Bourne, look for these two to get a good amount of targets tonight with the 1’s and 2’s. Starting tonight Harry can either make his way onto the Patriots 53, or pump up his trade value heading into week one.

Bentley was a fifth round pick in 2018, and didn’t play much his rookie year. After losing Kyle Van Noy to free agency and Donta Hightower to a COVID opt-out in 2020, Bentley was forced into a role that he may not have been ready for. The team bulked up their linebacker core this offseason, and Bentley is now going to have to play himself back into a role he had last season.

The team has Mills listed as a backup CB behind Stephon Gilmore, and with Gilmore still “holding in”, Mills should see some playing time tonight due to the Patriots thin secondary. He has been a perennial “first-on-the-field” guy during training camp, and can keep his reputation up with a solid performance tonight.

Kicker Nick Folk has missed a good amount of practice time, paving the way for undrafted rookie Quinn Nordin to step in. Although he has struggled a little bit with accuracy at practice, Nordin has a strong leg. He is also currently sitting at 14/14 during the team’s in-stadium practices, so he has a good feel for Gillette. Let’s see if the kid can keep it up.

Dalton Keene and Raekwon McMillan were placed on injured reserve this week. Their seasons are over.

David Andrews, Hunter Henry, and Christian Barmore were the big names missing from Tuesday’s practice. Andrews absence was due to the birth of his son, and Barmore has been dealing with a foot injury.

According to Adam Schefter, tight end Hunter Henry will be out several weeks with a shoulder injury.

Patriots’ TE Hunter Henry now is expected to miss “a couple of weeks” with the shoulder injury he suffered last weekend that is “not serious”, per source.

As mentioned above, Patriots kicker Nick Folk has also ben dealing with an injury and has missed a good amount of practice time.

Wide receiver Curtis Samuel has been out due to COVID-19. He was taken off of the COVID-19 list on Monday, but remains on PUP with a groin injury.

WFT WR Curtis Samuel is expected to be removed from the COVID-19 list this week, but still has been nursing a groin injury that forced him to start camp on PUP. The groin injury is slowing his return. https://t.co/k00SR9d1s8

Here is a look and link to the Patriots depth chart, courtesy of Patriots Media Relations:

The Patriots defense outside of the starters is a big question mark. On top of this, Washington’s backup Taylor Heinicke has NFL playoff experience and should get a significant amount of reps for the Football Team. Expect WFT to put up points.

New England will presumably let Mac Jones sling it and see what he’s made of against live bullets. The side and total of this game depend on whether or not Mac is ready for the bright lights. Since this is just preseason fun, I’m going to ride with Jones.