Bob Ryan on this Celtics core: “It isn’t working” 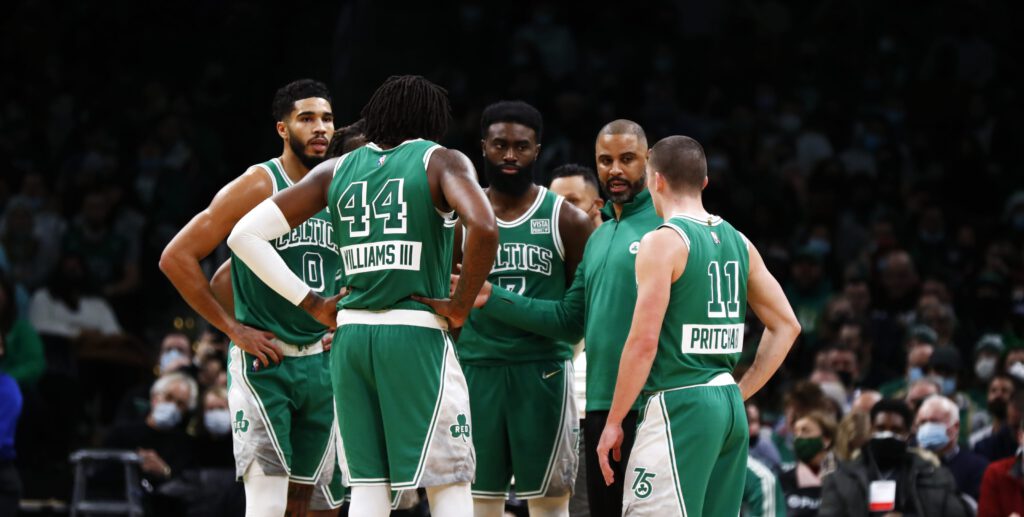 After an awful loss to Greg Monroe and the depleted Minnesota Timberwolves, the Boston Celtics find themselves in more of a hole than ever. They’ve been a .500 basketball team for nearly two years now, and it might be time to think about breaking up the current core.

Jayson Tatum and Jaylen Brown have been together for four years now, and despite multiple Eastern Conference Finals berths, that peak is now two years in the past. Those comparisons are slowly becoming less and less viable.

On the latest episode of the Bob Ryan and Jeff Goodman podcast, the pair was joined by Gary Tanguay to discuss the current state of the C’s. Goodman began with a blunt, all-encompassing statement – this team doesn’t work.

“It is time guys. It is time to admit this group together does not work. They have to make a move if you’re Brad Stevens. I don’t know what it is.”

With Tatum and Brown at the helm, this team has been .500. Fingers can be pointed at the multiple deep playoff runs, but the Jays weren’t being asked to be leaders during those playoffs. Now that they are, things aren’t going well.

Goodman shared his thoughts on the duo, re-stating an argument that he’s been saying for the past year-and-a-half of Celtics basketball:

“I’ve said it over and over, and I wonder if people finally agree with me, Jayson Tatum and Jaylen Brown still look like they’ve never played basketball together before.”

Bob Ryan chimed in, finally succumbing to the idea that he’s been trying to argue against. He’s been trying to give this Celtics team as much time to gel as possible. But even he has reached his breaking point.

“I surrender. I went over to your side. I’ve been fighting it… but I surrender… It isn’t working. And I called them annoying. When they go ahead I go, ‘oh my god please no don’t go ahead because this means you’re going to blow the lead.’”

Ryan called these Celtics, “just another team,” in the sense that they aren’t anything special. Being young and full of potential is one thing, but getting results is another. Boston has been unable to do the latter in recent years.

Goodman then asked Tanguay his thoughts on the matter, and specifically, whether or not the team should trade Brown. This is something Goodman has been arguing for since last season, and it’s more a prominent premise now than ever.

When ranting about the team, Tanguay set his sites on the star duo of Tatum and Brown. He said he’d be more than willing to trade Brown, and also commented on Tatum’s lack of gusto.

“I was ready to trade him [Jaylen Brown] for [Ben] Simmons because I thought from the beginning this was a desperate situation… Jayson Tatum and Jaylen Brown are sub-premier players… He [Tatum] disappears.”