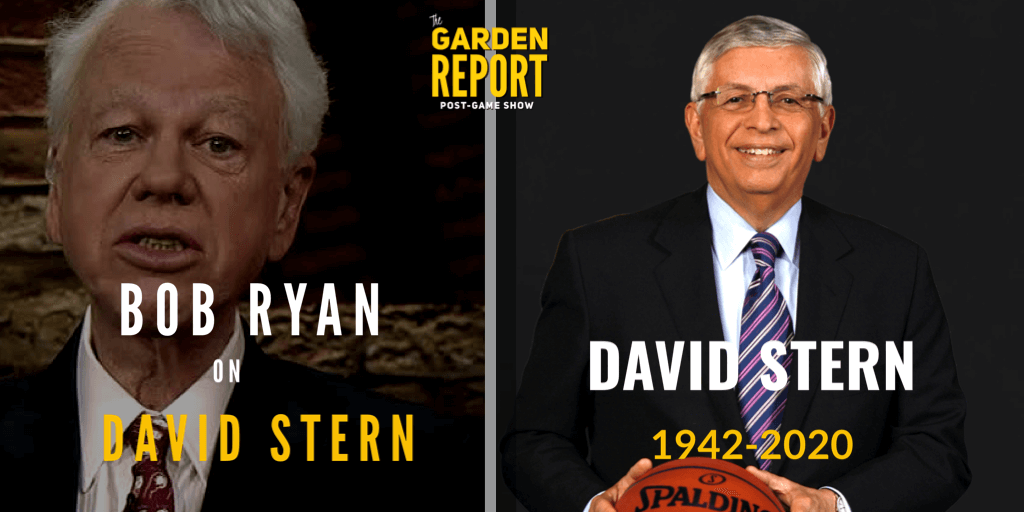 It’s easy to look at NBA Twitter, our daily basketball dialogue and even the shared sport we love around the world in commonality with entirely different cultures as inevitable. Before David Stern, the NBA could hardly hope of punching alongside baseball, never mind football. Now it’s one of the most popular sporting leagues in the world.

The basketball world paused to reflect on the man who played a large role in propelling basketball to global stature in 30 years as commissioner. David Stern died at 77 years old on New Year’s Day after suffering a brain hemorrhage in December. Adam Silver, James Harden and Shaquille O’Neal — among many others — reflected on Stern’s respective impact on them on Wednesday.

As did Bob Ryan, who emphasized Stern’s wit, charm as well as ability to craft an expressive atmosphere on the court, something Larry Bird loved about the league. The NBA drove personalities to its audience, stories, stars and teams that reflected the big markets they played in. Stern realized the sport without helmets and masks could host the most recognizable stars. It helped that Michael Jordan entered the league the year he took over.

LeBron James, Yao Ming and Kobe Bryant followed as icons with personalities and appeal that transcended America. Even quieter stars like Tim Duncan drew interest despite their tight lips. Stern drew criticism for never failing to hammer the fine button in his office (if that’s how he handed them out), dress codes, the Malice at the Palace, Tim Donaghy, the Chris Paul trade that wasn’t and several lockouts that spilled into seasons.

His pioneering leadership in concert with an influx of talent from around the world made the league something we go online and to work every day to talk about. Ryan recalled the day the league realized how popular it was below: