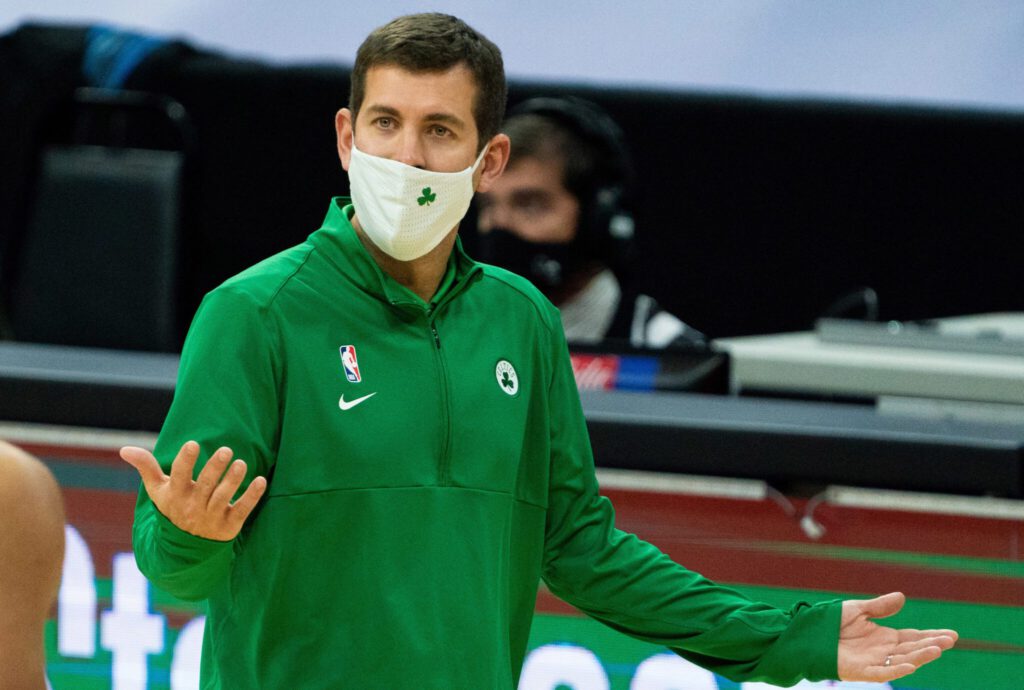 The target on Brad Stevens’ back continues to get larger as the Celtics continue to struggle. The play-in tournament looms as the team teeters back toward the .500 mark.

Boston had hope left going into their two-game mini-series against Miami, but after going 0-for-2 in those games then losing to Cleveland their best-case finish became the seven seed.

Stevens’ rocky start to the season season fell into midseason rumors regarding him leaving Boston for the open Indiana job. Though Stevens denied the rumors, many still questioned whether or not he will remain with the C’s beyond this season. Stevens himself said he owed it to Boston to finish out this difficult year, then Danny Ainge announced that he signed an extension last summer.

Chris Forsberg joined the Jeff Goodman and Bob Ryan Podcast on CLNS Media to discuss Stevens’ future with the franchise and what Boston will do to respond to this frustrating campaign.

“(Stevens) got to face up for some responsibility for this,” Ryan said.

Boston’s defensive rating of 112.2 ranks 19th in the NBA – the lowest rating of Stevens’ tenure with the team. His defensive-minded approach has been his calling card, yet many question this team’s effort. The Celtics rank in the bottom-10 in pace (98.96).

“I hate to say this, but Brad has got to figure out something,” Ryan continued. “How many times are we going to hear and have a discussion about motivation, about effort, about the defense?”

The Celtics are on pace for their lowest winning percentage since the 2014-15 season when they went 40-42. For reference, the player with the most win shares on that team was Tyler Zeller (6.5). Jayson Tatum generated 6.3 this season.

The rumors earlier this year focused on Stevens reverting back to the collegiate level, but Goodman’s eyes are on another Indiana team. Head coach Nate Bjorkgren is reportedly on the hot seat amid a frustrating first season with the Pacers.

“I would get him a job with the Pacers,” Goodman stated.

Stevens grew up in Indiana and coached at Butler for six years from 2007-2013. Stevens refuted claims of wanting to return to his home state all year, affirming the home he’s built his family in Boston over eight years, but if the idea was forced upon him it could be a perfect match. Forsberg also chimed in on the idea, providing some extra context.

“I think they could potentially make a trade and his deal could get picked up by Indiana or something like that,” he stated.

This would allow Boston to shed some of Steven’s hefty contract as well. Stevens signed his second extension with the team this past summer, which is expected to go through the 2024-25 season.

Danny Ainge and Wyc Grousbeck may not be willing to eat that along with other growing financial pressure, but Stevens’ future with the team remains in question as long as the team lags behind expectations and fails to live up to even modest expectations.

“It’s such a frustrating conversation, a conversation you never would’ve thought you’d be having at the start of this season,” Ryan said.