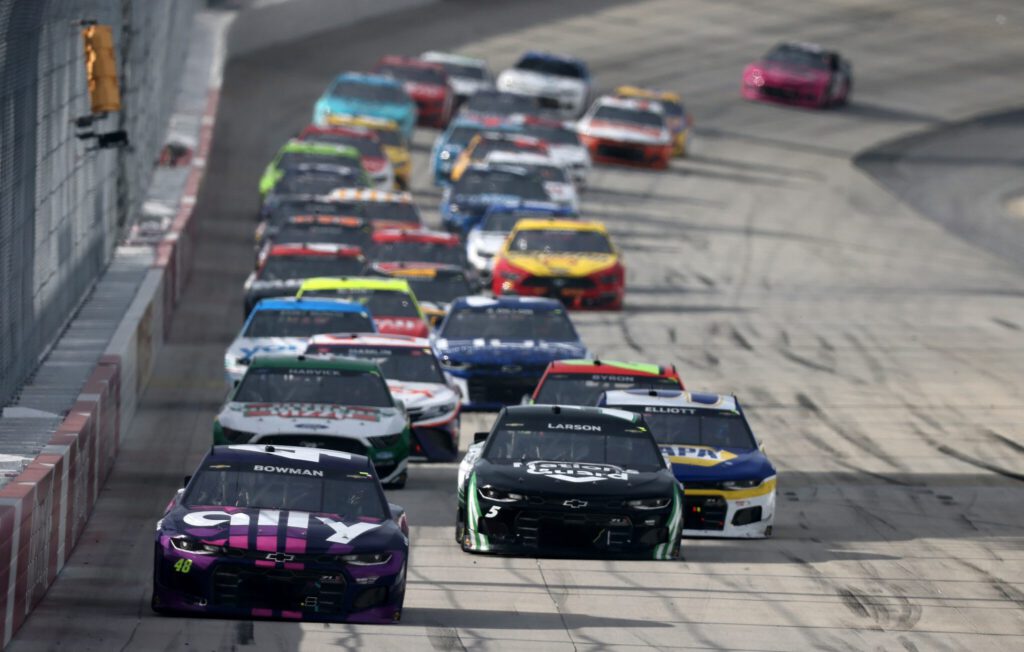 Alex Bowman won the Drydene 400 from Dover International Speedway on Sunday afternoon to pick up his second win of the season.

Hendrick Motorsports was dominant on Sunday, and swept the top four spots.  Kyle Larson led 263 laps, but was beaten off pit road by Bowman following their final pit stops.

“So proud of this pit crew,” Bowman said.  “The whole pit crew is doing a good job.  Glad to get Hendrick Motorsports another win.”

Bowman said his team had to fight through some struggles since their last win at Richmond earlier in the season.

“We won at Richmond, then had a really rough couple weeks,” Bowman said.  “Went to some really good racetracks for us and struggled.  Told the guys last week that we’re still the same team that won it at Richmond.”

After losing the lead, Larson was never able to get close enough to challenge Bowman for the win.

Larson said the Hendrick cars were so evenly matched that they couldn’t pass one another.

“It was like whoever got out to the lead was going to be hard to beat,” Larson said.  “Their team just did a really good job on the pit stop and gained control of the race.  I never really had a shot after that.”

“Hard to be disappointed with that second, I feel like I did everything I could.  What a day for Hendrick Motorsports.”