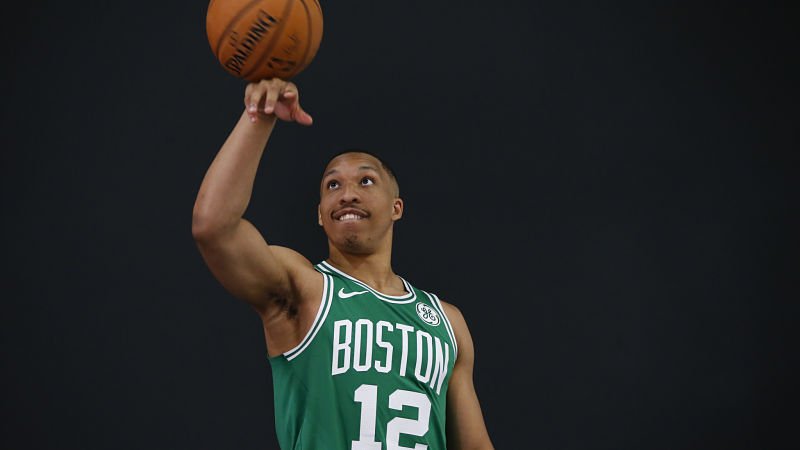 Celtics president of basketball operations Danny Ainge and head coach Brad Stevens approached the 2019 NBA Draft this past summer with a goal in mind.

They wanted to add quality players to their roster that fit particular criteria, whose talents stretched far beyond the basketball court. Young prospects with infectious personalities are the kind of guys that can boost a team’s morale, they’re players that would blend in with the kind of tight-knit group Ainge and Stevens were looking to build ahead of the 2019-2020 campaign.

Tennessee product Grant Williams fits that mold. From laughing it up with his fellow rookies before and after practice to getting into trash-talking 3-point competitions with Jayson Tatum throughout training camp, Williams is having fun with his new team and isn’t as subdued as most rookies typically are throughout their first days in the NBA.

“That would not be the first word I would use to describe Grant,” Stevens said after practice Thursday. “He is not a subdued guy and that’s good. You want all these guys to feel comfortable being themselves, lending their thoughts and working together. He has a bright future. He’s going to be an NBA player for a long, long time. He’s really smart.”

Williams’ high basketball IQ paired with his personality is what led to him becoming the Celtics’ second first-round pick back in June.
“It’s really good,” Stevens said of Williams’ IQ. “Like any other young player, he has a lot to learn about the NBA, the night-in, night-out challenges and all that comes with playing each team. As far as coming in and doing things and picking things up quickly from a strategy standpoint and also from an intuitive standpoint, he’s pretty impressive.”

Second-year center Robert Williams talked about Grant making his presence felt throughout camp and how impressed he’s been with the manner in which the Celtics rookies have handled themselves early on.

“Just hard workers, guys that like to fight back, like to battle,” Williams told MassLive.com. “If you go at them, you’ve got to go at all of them. They’re going to fight back. They come as a pack, man. They’re tough, I like all of them.” [Masslive.com]

The great balance of team camaraderie and a good work ethic on the basketball floor is an accurate description of what the Celtics have seen from Williams. Grant said Robert has given him great insights on the season while Tatum has been keeping a competitive fire burning with the first-round pick.

As a third-year forward, Tatum gave Williams the rookie treatment after beating him in a 3-point shootout — which cost Grant over 10 pushups following a video session at the Auerbach Center. Video of the shootout surfaced on Twitter, Grant said the Celtics may be one of the funniest teams he’s ever played for.

might be one of the funniest teams i’ve been on. wish people could hear what he was saying??? https://t.co/KP3WrqguRZ

A team’s sense of togetherness has always been important to Williams — it’s something that was already instilled in the rookie well before the Celtics selected him with the No. 22 pick.

“The biggest thing for me has always been about trying to keep a team together,” Williams said. “From the get go, I always try to establish a base and get to know people’s tendencies, what they enjoy. That way during the season, there’s going to be ups and downs but you understand what can pick somebody up and what things you can and can’t just say.

“Just understanding guys and also building relationships from the get-go, because you play better when you are better friends, I feel like. Talent can help you win games but there’s times when talent can only do so much. Sometimes that chemistry really separates.”

Think it’s fair to assume Ainge and Stevens strongly concur after the kind of season the Celtics endured last year. Williams is preaching to the choir.