The Celtics point guard was seen limping and wearing a boot on his right foot. 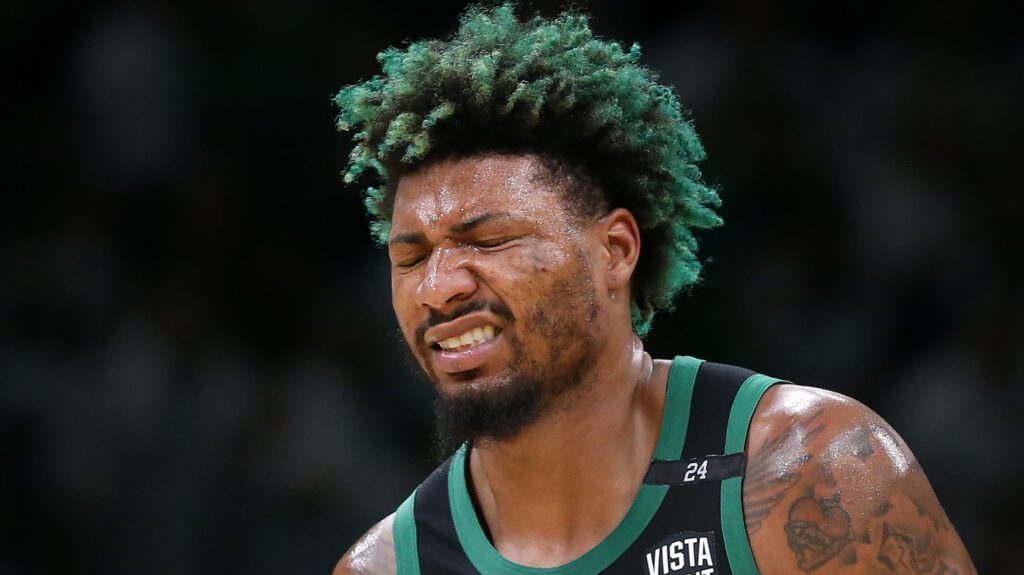 Smart was spotted by CLNS Media’s Josue Pavon with a walking boot on his right foot after the game.

It’s not clear what type of injury Smart suffered or whether the boot is strictly precautionary. Smart can be seen on this postgame video released by the Celtics limping down the tunnel towards the locker room.

Smart took several shots in game 7 falling on his face and getting kicked in the groin but nothing that looked like a foot or ankle injury that would necessitate a boot.

Head coach Ime Udoka speaks with the media on Monday and may provide more clarity on the situation.