Patriots Mailbag: Looking ahead to Week 1 – What can we expect offensively?

Patriots Mailbag: Looking ahead to Week 1 in Miami - What to expect offensively? 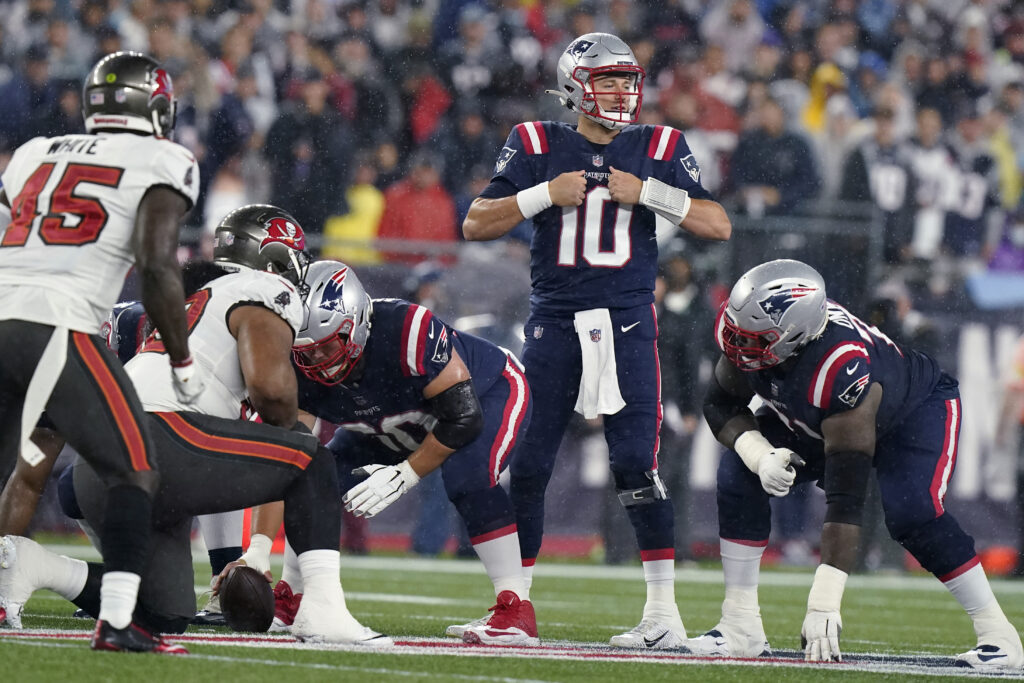 With Week 1 on the horizon, there certainly seems to be some panic and concern within Patriots fans over the current state of their offense. Whether it’s the play calling situation or their offensive line lacking continuity and consistency, is it time for fans to panic? Let’s dive into your questions now and shift our focus to Week 1 in Miami.

@Lamb4752 asks “How can we stabilize the offensive line? In my opinion that is our biggest issue”

Certainly a lot of the issues the offense experienced this pre-season and training camp stemmed from their offensive line. Many fans want to point the finger at Bill Belichick or Matt Patricia for the scheme change and consistency being hard to come by, but it’s primarily an offensive line problem. Four new starters (Onwenu and Strange at the guard spots and Brown and Wynn switching tackle spots) certainly took some adjusting to over the summer and its likely we see the Patriots continue to roll that five out there until they can fix what needs to be fixed.

A team that has been anchored by their offensive line for the better part of two decades has suddenly seen it switch to being the teams Achilles heel. To answer your question though, I’d continue to roll these five out there and trust that things will get better. They have too much talent and experience along that line to expect this to drag on for the entire season.

@hesser2233 asks “How’s 16 looking? Haven’t heard much aside from a few positives”

Like a lot of the receivers on the Patriots, Jakobi Meyers is a gamer. Meyers once again (quietly) had a strong camp and still proves to be the best option to move the chains out of the slot. Coming off of a 83 catch for 886 yards 2021 season, it’s worth noting that Meyers has a strong chance to cross the 100 catch / 1000 yard threshold this season.

With his chemistry with Mac Jones continuing to grow and James White retiring, Meyers predicts to be the teams security blanket and somebody that can be relied upon over the middle of the field.

There’s no question the Patriots offense did not have a good training camp or pre-season. Consistency issues, penalties, not being able to run or pass block – the issues seemingly never ended. However, now that camps over and there’s been some time to digest a lot of what went on, I think it’s fair to take their summer struggles with a grain of salt. They were missing starting offensive linemen seemingly every day, parlay that with trying to learn. new scheme with a lot of zone reads and continuous moving pieces, these struggles were certainly going to happen.

I’m on the side of sort of pump the breaks with this offense. Give them some time to figure things out, especially up front. This isn’t a talent problem as the Patriots offense has continuously gotten better and better over the last few years from a talent perspective. The training camp struggles certainly weren’t something we would have liked to see, but I’d be shocked if those same issues arise consistently come Sunday at 1pm. You have to trust that offense figured some things out over the last few weeks and they come out of the gates ready to go.