Coronavirus: Suspension of 2020 Presidential Election on the Table 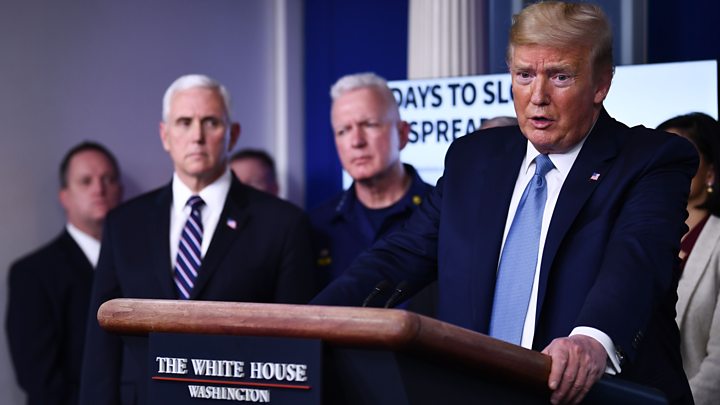 The coronavirus pandemic has canceled life as the world knows it.  Could the suspension of American democracy be in the fold as well?

BetOnline.ag has set the odds at +300 that voting for the 2020 United States Presidential election will not take place on November 3rd, 2020.

By contrast, when the Miami Dolphins defeated the New England Patriots back in Week 17 — Miami was a +800 underdog.

The 2020 election not being held on its assigned date is more than twice as likely to happen as a run of the mill upset on an NFL Sunday.

The United States democracy has been the beacon of freedom for Western civilization as we know it.  Not even a Civil War — a conflict where there were more casualties than all other wars put together in this country — during the 1860s stopped the 1864 election from being held.  No ‘continuity of government’ emergency crisis mandates have ever been put into place.

It’s shocking and frightening.  If the election is suspended, what are the options?

Will it be postponed to a later date? Will there be mail-in ballots only? Will the election be canceled all together and President Donald Trump allowed to stay in power beyond his term?

No one knows during these most unpredictable times.  But if one feels they have an inkling, this space highly advises to utilize their knowledge.  Sign up for an account and place a wager at BetOnline.ag.  For there’d be no better way to profit.