New England's center suffered a thigh injury against the Jets, but has quickly returned to action. 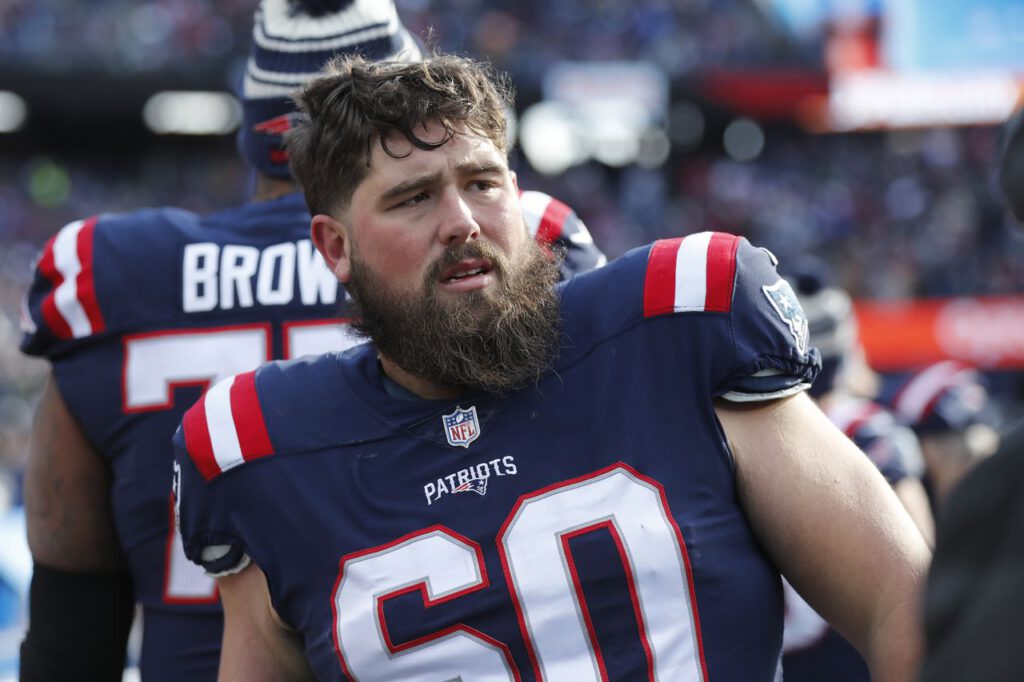 FOXBORO, Mass. – Despite a report from NFL Network’s Ian Rapoport that David Andrews could miss the remainder of the season with a thigh injury, it seems like the Patriots center might be gearing up to play on Thanksgiving.

After being listed as a DNP on Monday, Andrews was present at the lone Patriots practice of the week on Tuesday afternoon, indicating that he’s doing everything he can to get out there on Thanksgiving night.

“I think David Andrews might be back quicker than people think,” said 98.5 The Sports Hub’s Scott Zolak on his radio show on Monday. “I wouldn’t rule him out for Thursday”.

The Boston Herald’s Karen Guregian also reported on Monday that Andrews, “could return later this season,” and Rapoport followed up his initial report from Sunday night, saying that “after a battery of tests for his leg injury, there is a chance David Andrews is able to return late in the season or potentially for the playoffs, source said. Not guaranteed. But a chance.”

Andrews being back at practice already tells me that we’ll see him on the field again sooner rather than later.

In my Patriots vs. Vikings game preview, I listed backup center James Ferentz as a player to watch, given the report that Andrews was set to miss time:

The Patriots got some bad news after their win against the Jets as center David Andrews could miss the rest of the season with a thigh injury.

An offensive line that continues to struggle will now turn to 33-year-old James Ferentz to be the man in the middle. Ferentz himself has been fine when called upon this season, but the trickle-down effect along the line when not having Andrews in the middle has been significant. He’ll need to make others, like Cole Strange, better down the stretch.

It turns out we may not have to keep an eye on James Ferentz after all. The Patriots will travel to Minnesota on Wednesday for their Thanksgiving night matchup against the Vikings. We’ll continue to monitor the status of Andrews and the rest of the New England squad prior to kickoff here at CLNS Media.