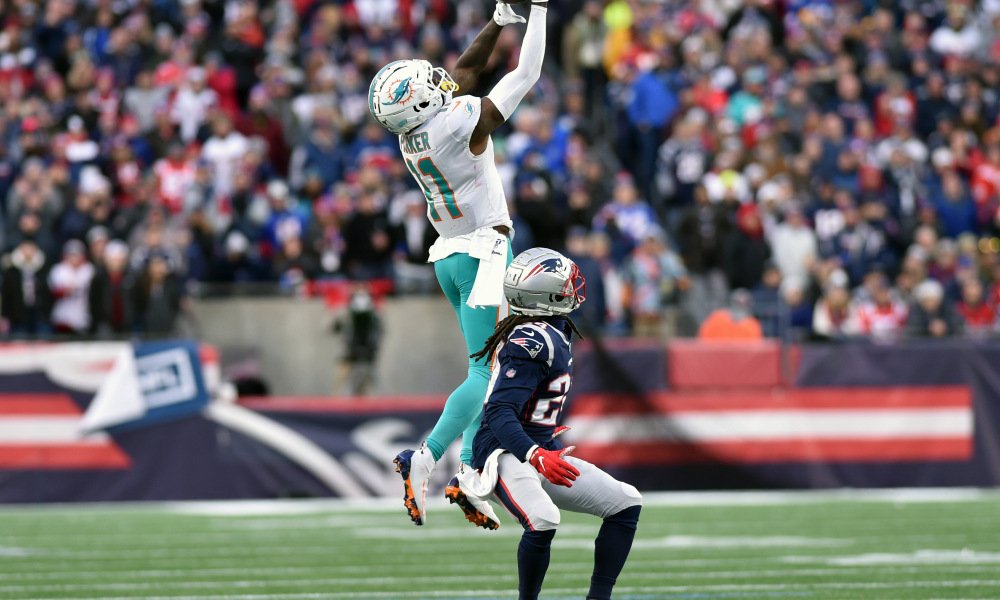 If the Patriots want to go on another deep postseason run, the defense needs to return to form for Saturday’s clash with the Titans.

The New England offense, or lack thereof, is the flawed unit on this team, and nobody is giving them, Bill the GM, or offensive coordinator Josh McDaniels a free pass.

The Patriots defense was also playing at an unsustainable rate in the first two months, holding opponents to 7.6 points while creating an insane 25 turnovers in eight games.

Against some stiffer competition, we’ve seen them regress to the mean, allowing 20.5 points with 11 takeaways in the second half of the season.

Starting with Tennessee, the Patriots won’t face any cupcake offenses in the playoffs, but if they want to win Lombardi Trophy number seven, the defense needs to dominate.

With the state of the offense, which has improved but is still average, it’s not enough to just be good, the New England defense needs to be elite, or they’ll go home early this January.

Looking back at the stretch of games since the bye, and the loss to Miami in Week 17, opposing offenses are starting to pick on some of the Patriots’ coverage tendencies.

There are weeks and weeks of tape on the Pats defense, and the game heavily favors the offense anyways; good offensive execution and scheme will always trump defense.

Last week, former Belichick assistants Brian Flores and Chad O’Shea knew New England’s system, the techniques of their defensive backs, and how to expose the weaknesses.

The Patriots love to play cover-one man in the backend, mostly utilizing schemes such as “one cross” or “man free,” which put a deep safety in the middle of the field and usually a robber at the sticks. The corners in man coverage will play with outside leverage, funneling receivers to their help in the middle of the field. On Sunday, the Pats also put their linebackers on the line of scrimmage, leaving space behind them.

Turn up the volume for an audio breakdown of how Ryan Fitzpatrick picked apart the Pats secondary with quick slants and shallow crossers against their single-high coverages.

The Patriots defense usually dominates out of cover-one, but as Miami showed, the right schemes and good execution can make any defense look helpless.

THE DECLINE OF THE ZERO BLITZ

Aside from the cover-one breakdowns last week, a more puzzling trend that now has a five-game sample size is the rapid decline of the zero blitz for the Patriots defense.

Last season, the Patriots began to deploy a heavy amount of zero blitzes where they forgo the safety in the middle of the field and use the extra defender in the box as a pass-rush threat.

In the first 11 games, the Patriots were dominant when they brought a zero blitz; opposing quarterbacks had a lower passer rating than if they spiked the ball into the ground on every pass attempt instead.

Over the last five games, the offense now has the advantage, averaging nearly ten yards per pass attempt with a 92.5 passer rating when the Pats bring the house.

With inexperienced quarterbacks such as the Jets’ Sam Darnold, who was seeing ghosts back in Week 7, the all-out blitz can fluster and confuse passers into horrible decisions.

But against wily veterans like Fitzpatrick or talents such as Deshaun Watson and Patrick Mahomes, the rush doesn’t scare them, and they’re figuring out ways to beat the zero blitz.

The Patriots have two common zero-blitz designs, with the deep safety rotating down to replace a blitzer in man coverage or going straight cover-zero with the safeties already in the box.

On the latter, opposing offenses are realizing that the defender in man coverage out of the slot will open and drop to the middle of the feel, almost like a deep safety. The idea is to keep the play in front of them to avoid giving up a touchdown either over the top or by missing a tackle. Remember, if a defender misses a tackle, there’s nobody deep, it’s a touchdown.

In both cases above, Stephon Gilmore is in the slot with the unconventional drop. The opponent knows the blitz and drop are coming, and that a skinny post will be wide open if they get the ball out quickly. Fitzpatrick and Watson hit Parker and Hopkins on almost identical routes to beat the blitz.

Along with feasting on the post from the slot, daring quarterbacks will also take shots down the sidelines against single coverage with no safety help for the corners.

Fitzpatrick hits Parker again here against Gilmore, with the Pats corner biting on a little pump fake by the Dolphins quarterback, giving Parker a chance to get over the top.

The zero blitz was once a dominant aspect of the Pats defense, but that’s no longer the case, so they’ll either need to scrap it, or come out with new designs that they haven’t put on tape.

In a noticeable shift in philosophy, the Patriots are deploying a cover-two zone on 19 percent of passing plays. Last season, they used the coverage only five percent of the time.

Two of my favorite twitter follows, Betz and Coach Kyle Cogan, explained to me that the uptick in cover-two usage might have to do with eliminating the horizontal passing game and run-pass options. The scheme drops five defenders under the two-deep safeties, who can account for the stretch passing game, which also helps against RPOs.

By playing cover-two, the Patriots are one short in the box against the run, but coach Cogan pointed out that they have the athletes and run stuffers to survive out-numbered on the ground.

The idea of playing cover-two against offenses like Baltimore and Kansas City makes sense, but the Patriots pass defense is getting shredded.

Since Week 13, the Patriots are surrendering 9.3 yards per pass attempt and a 103.9 passer rating when the play cover-two.

The weaknesses of the coverage is the vertical passing game, and that’s where opposing offenses are beating the Patriots.

Chiefs head coach Andy Reid attacked the deep middle, a weakness with the two safeties splitting the deep part of the field, by utilizing an over the ball route.

Kansas City ran a receiver through the heart of the New England zone, forcing Patrick Chung, who the Pats use as a deep hole player rather than a linebacker due to his coverage skills, to run upfield with the receiver.

With the clear out route doing its job, tight end Travis Kelce runs an over the ball route, and there’s nobody left in the short middle to stop him.

Later on, the Chiefs ran the same concept against cover-two with Sammy Watkins running the over the ball route.

The other weakness in cover-two is vertical routes along the sideline, which is where the Dolphins attacked the Patriots’ zone.

On a key third-down conversion, Miami gets Albert Wilson open on a corner route, a good pattern against cover-two. The Dolphins flood the zone by sending the tight end on a vertical release and holding the boundary corner with a hitch route in the flat.

As we roll the play, Pats defensive back Jon Jones, who is playing safety, needs to stay over the top of the tight end in case he runs a seam or post. With the hitch holding the underneath corner, Jones is late to the flag route.

The Patriots defense didn’t get less talented overnight, but smart coaches and skilled players are taking advantage of the inherent holes in New England’s favorite coverages.

As we turn the page to the postseason and the Tennessee Titans, it’ll be up to Bill Belichick and the rest of the defensive staff to come up with some fresh ideas on that side of the ball.