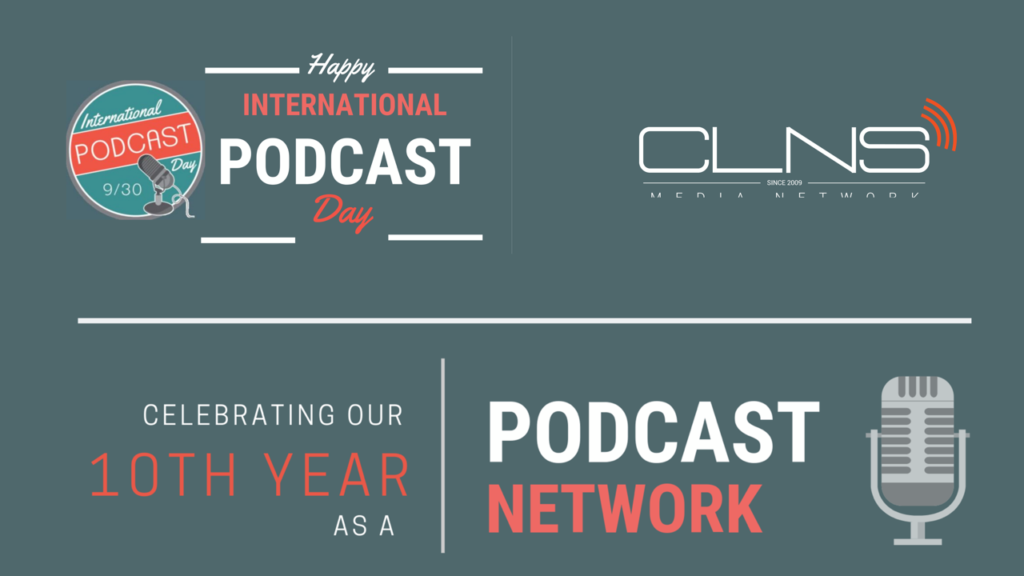 BOSTON — CLNS Media, the leading online provider of audio/video content in the digital realm, celebrates amongst its peers and audience International Podcast Day for 2019.

After hosting a handful of call-in talk radio style sports pods, the network now encompasses 100 podcasts that feature noted celebrities with millions of followers, award winning podcasts and hosts — all while still maintaining many aspects and roots of its humble beginnings.

As we enter the new decade in a few months, it’s easy to forget that podcasting at the beginning of this decade was something that resembled the Old Testament.  However, it didn’t take long before the industry exploded.  2015 was dubbed “The Year of the Podcast” and now the industry expects to push almost $50B in revenue with over 700,000 active podcasts.

CLNS, podcasting when no one knew what a podcast was — has been there through it all.

Happy International Podcast Day for 2019.  It won’t be the last.