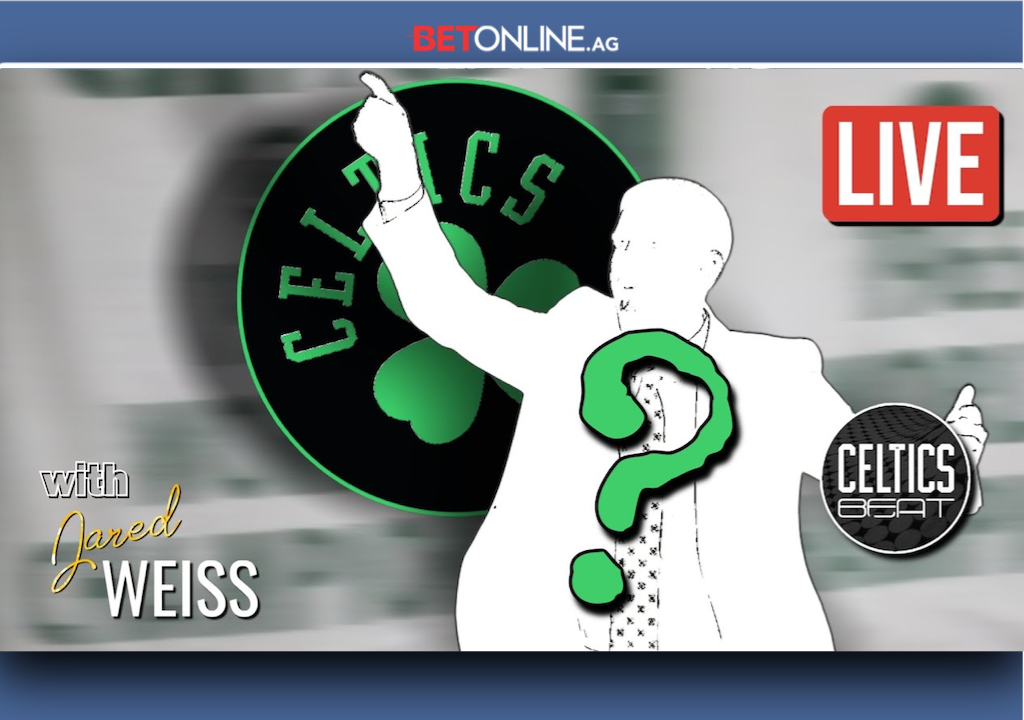 Everyone knew that the Boston Celtics were going to make some organizational changes after a disappointing season that ended with a first-round playoff exit, but nobody expected things to blow up this quickly.

The Celtics shocked the basketball world last week when they announced that longtime president of basketball operations Danny Ainge is stepping down, and head coach Brad Stevens is set to take over in the front office. Jared Weiss of The Athletic joined Adam Kauffman and Evan Valenti on the latest episode of the Celtics Beat podcast on CLNS Media to discuss the future of the franchise after last week’s change in guard.

“(Billups) is the guy that everyone around the league talks about as that person that just seems like the natural coach in the way that he conducted himself and his personality,” he said, betting on Billups as the best candidate and Jerome Allen as the most likely to replace Stevens.

Danny Ainge, the 2008 NBA Executive of the Year, leaves the Celtics as one of the most successful general managers in recent history. His bold moves helped bring home the Larry O’Brien Trophy in 2008, and the Celtics have reached the Eastern Conference Finals six times since Ainge joined the front office in 2003.

Former head coach Brad Stevens has some big shoes to fill. Stevens does not have any prior executive experience and the added pressure to bounce back from this year’s upsetting result will make the transition from sideline to front office quite stressful.

It is quite rare to see a head coach take over the front office right away. Most of the general managers around the league are either former players or those who have risen through the organizational ranks. Stevens may not have an NBA career on his resume, but his coaching expertise will serve him well in his new role.

“Having coaching experience is an advantage for a GM,” said Weiss. “A lot of GMs, they come into it because they advance through business operations, scouting operations, things like that… they’re detached from the operation of the team, so they’re not as familiar with how to manage the personnel of the team and the personalities.”

Nobody knows the players better than he does. Stevens has been the head coach of this team for the past eight seasons, so he knows exactly how to manage each player and he knows what changes need to be made.

“Of all the people that were annoyed that Danny Ainge gave the Celtics a roster where all of its perimeter depth were all guys in their first or second year, I think Brad was probably the most frustrated out of all of them,” said Weiss.

The biggest issue with this Celtics roster, besides the injuries and health and safety protocols that plagued this team, is the lack of experience. Roughly 30% of the roster was from the 2019 draft class and Grant Williams was the only player from that class that held a consistent role in the rotation as a rookie.

Rookies usually do not play until Stevens can trust them on the defensive end, but this year Peyton Pritchard and Aaron Nesmith had to take on bigger roles than expected.

Stevens now has the power to pull the trigger on some moves that would solidify the Celtics defensive front. Boston has plenty of young players and assets to flip for some veteran versatility, but there is still one lingering question: who is going to coach the team?

The Celtics lacked a real identity this past season and the search for a head coach will give the organization an opportunity to develop a winning culture once again.

There are a few other teams that are looking for a head coach, but the Boston Celtics vacancy stands out over others. The Orlando Magic are in the middle of a brutal rebuild and the Portland Trailblazers have a ton of uncertainty with their roster, so the opportunity to coach the young All-Star duo of Jayson Tatum and Jaylen Brown seems like any head coaches dream scenario.

Boston has two options; they can either stay within the organization and promote an assistant coach or they can look to add a new outside perspective. Whether they go to a former player or a current assistant coach, whoever takes over needs to be able to get the most out of the roster each night.

The Celtics have two very qualified candidates on the staff in Jerome Allen and Jay Larranaga. They also interviewed assistant Scott Morrison, the former Maine Red Claws head coach. All three have been with the organization for a few years and have good relationships with Stevens and the players.

Allen played three seasons in the NBA and went on to have a very successful pro career overseas. He has been on the Celtics staff since 2015 and is expected to be a candidate for the Portland Trailblazers job as well. He’s the type of coach Weiss expects to land the job. Larranaga, who played for nearly two decades in Europe, has been an assistant coach for the Celtics since 2012 and is the betting favorite to succeed Stevens.

Boston could choose to go for someone outside of the organization, and there are some great candidates to evaluate. Five-time All-Star Chauncey Billups, who is currently an assistant coach with the Los Angeles Clippers, is poised to take on a head coaching job in the near future. Sam Cassell, who was a member of the Celtics 2008 NBA Championship squad, has also sparked interest across the league.

Names like Lloyd Pierce, Jason Kidd, Mike D’Antoni and Kara Lawson have also been reportedly connected to the team.

“I think the feedback that (Billups) got in his last round of attempt to get into coaching or GMing is that he needed to go get some experience, but that his personality traits and skillset would be commensurate with a strong candidate,” Weiss said. “He finally got that experience under his belt, the Clippers were really, really good this year, I mean look at Reggie Jackson has transformed his career again under Chauncey. I mean, Chauncey has proven he can be part of a really effective coaching staff this year.”