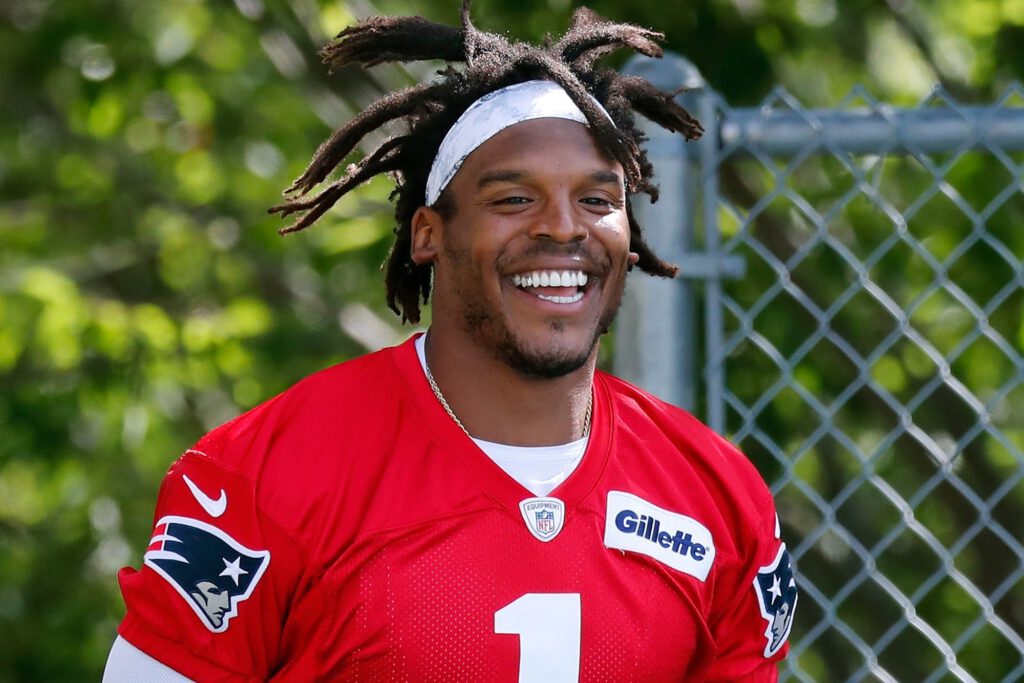 Patriots head coach Bill Belichick got the easy part out of the way by informing his team that quarterback Cam Newton will be the starter in the season opener against the Miami Dolphins.

Since he first entered the building in early August, stories of Newton’s infectious energy and outstanding work ethic that saw him arrive before the sun rose each morning were buzzing around Gillette Stadium.

The former MVP has the swagger of a franchise quarterback. That aura is what caused his teammates to rally around Newton, who is in the unenviable position of replacing Tom Brady.

On the practice field, Newton’s mobility, downfield ball placement, and playmaking drastically outshined anything that veteran Brian Hoyer or second-year quarterback Jarrett Stidham did during two weeks of training camp. Newton wasn’t perfect, but he was the best QB on the roster.

For those that observed training camp this summer, it was easy to see that Newton would eventually be named the starter. But now the hard part begins for Newton, offensive coordinator Josh McDaniels, and company: adapting and executing an offense built around Newton’s strengths.

With Newton under center, the expectation is that New England will feature an option-bashed rushing attack, including things like zone-reads and designed quarterback runs. Plus, McDaniels and quarterbacks coach Jedd Fisch are installing an RPO package and an under-center bootleg series that Fisch brought with him from the Rams.

The basis of the offense will carry over from the Brady era, but even if the players and coaches won’t admit it publicly, significant changes to the scheme are coming to cater to Newton.

Asked if anything has changed about the offense, veteran backup Brian Hoyer added, “no, not really. There’s 20 years of foundation in this offense, and I think the one thing that I’ve realized is each year that I’ve been a part of the team, the offense is a little bit different; you adjust to your players and your personnel.”

The Pats players are playing it close to the vest. However, Hoyer hinted at the schematic changes, and McDaniels has openly talked about highlighting Newton’s athleticism all summer.

In early August, we theorized that Bill O’Brien’s adaptation of the Patriots offense in Houston for quarterback Deshaun Watson was a source of inspiration for McDaniels. It appears the Pats OC agrees based on what we’ve seen so far from this group.

Now the Patriots need to put the plan in action, build off the base they built during camp, and take the ideas on the whiteboard and implement them on game day at a high level. For an offense built around a pocket passer for the last two decades, that’ll take time.

Ideally, the Patriots wanted Newton to come in healthy and with a chip on his shoulder after the league “disrespected” the former MVP during his four-month wait in free agency.

The 31-year-old did just that and won the starting job, but now the Pats need to get the offense on the same page and teach schemes that aren’t what we are used to seeing in Foxboro.

Although it’s a tall task to design and drill an enhanced running game in an abbreviated lead-up to the regular season, it’ll benefit New England tremendously in the long run even if it takes a few months to find a groove. They don’t want to play their best ball in September anyways.

Based on their current roster, an offense centered around a potent rushing and play-action passing attack with one of the league’s best running QBs fits their personnel better than a 43-year-old Brady.

The Patriots can lean on Newton’s mobility, a potentially dominant offensive line, good depth at running back, a pair of rookie tight ends, and physical run-blocking YAC machines at wide receiver in Julian Edelman and 2019 first-round pick N’Keal Harry to score points this season.

Along with a better system for their personnel, the Pats are hoping to lean on a stingy defense and a field-flipping special teams unit to win games by playing bully ball with their opponents.

New England’s lack of weapons around Newton is garnering tons of attention as roster cutdown day looms, but there’s a plan, and it needs a difference-making ball carrier at quarterback to reach its ceiling.

The Patriots’ offense might not be firing on all cylinders at first, but give it time, the Newton era is here, and Belichick and McDaniels are onto something if the master plan comes together.