The Patriots were a few plays away from pulling off the upset. 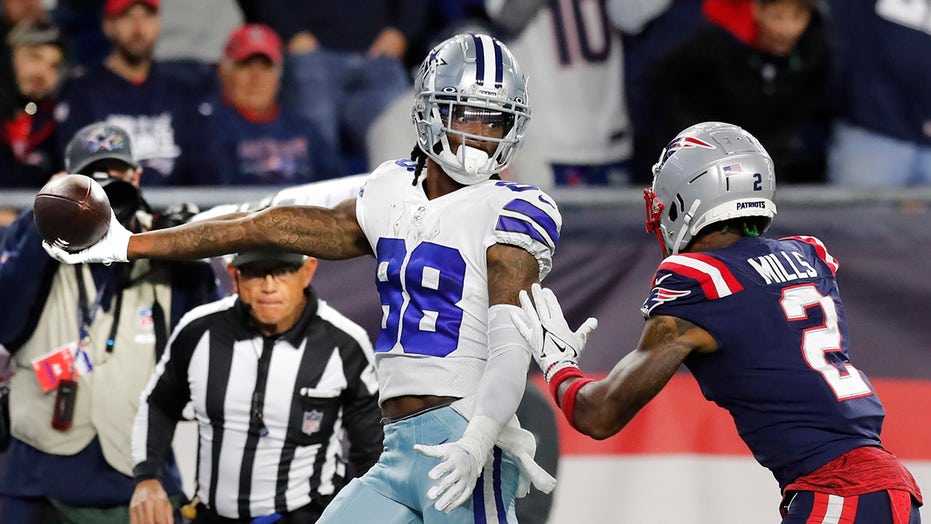 FOXBORO, MA — The Patriots fell in frustrating fashion to the Dallas Cowboys 35-29 in an overtime thriller at Gillette Stadium on Sunday.

The bottom line is this: the Pats are no longer a powerhouse juggernaut that can play not to lose and allow opponents to beat themselves. They’re now the underdogs, and Bill Belichick’s conservative philosophies coupled with offensive coordinator Josh McDaniels tightening up the offensive play-calling is sinking the Patriots into a 2-4 record.

Following a massive turn of events when linebacker Ja’Whaun Bentley forced a fumble on the goal-line, the Pats used their final two timeouts to conserve 1:32 on the clock for rookie Mac Jones to lead a two-minute drill with a 14-10 lead; a chance to go for the jugular.

Instead, the Pats handed the ball off on first down (one-yard gain) and then kneeled out the half because, “we were getting the ball to start the second half,” per Belichick to CLNS Media. What could’ve been a 10-14 point swing in New England’s favor yielded zero points and kept it a four-point game for a high-powered Dallas offense. Belichick had to have known it would take a lot more points to beat the Cowboys.

Then, after two consecutive touchdown drives, Cowboys pass-rusher Randy Gregory blew by right tackle Yodny Cajuste for a strip-sack of Jones, and McDaniels went into the bunker.

Here are the results of six second-and-third quarter drives after McDaniels tightened up the play-calling. Excluding the kneel down at the end of the half, the Pats had three three-and-outs and ran 18 plays for 72 yards on those five drives (four yards per play).

As a result, Dallas ran 82 plays to the Patriots’ 50 offensive plays and a New England defense that held tough through three quarters ran out of gas in the fourth quarter and overtime.

Right now, New England is a bad, 2-4, football team that looks more likely to pick in the top ten rather than turn things around for a postseason run.

If Belichick doesn’t start trusting his offense to take some chances in these games against winning teams, the losses will continue to snowball on the Patriots this season.

Throwing a potentially game-losing pick-six would break many rookie quarterbacks, but the Pats feel good about their future because Mac Jones came back with a vengeance on his mind.

After Cowboys star CB Trevon Diggs returned a high throw to the house, Mac went right after Diggs again on a double-move to Kendrick Bourne. Bourne runs an out-and-up on Diggs, and Jones beats the rotating post-safety with a laser for a 75-yard touchdown.

Not only was the 75-yard TD the best downfield throw from Jones in his NFL career, it’s also an indication of Mac’s mental makeup to forget about the last play get back the touchdown on the very next play.

If that doesn’t sell you on Jones as the quarterback of the future, nothing will, and he threw the ball well in overtime, but Belichick and McDaniels retreated into the bunker once again.

New England’s O-Line remains a consistent problem as Dallas’s defensive front took over the game at times, contributing to many of the Pats’ problems on offense. At one point, the coaching staff couldn’t settle on a five-man combination when Cowboys pass-rusher Randy Gregory blew by both left tackle Isaiah Wynn and right tackle Yodny Cajuste for sacks. The Pats’ struggles on third down (3-for-9) also felt like an indictment on the short-yardage blocking that wouldn’t allow them to run the ball on third-and-short successfully. I don’t want to hear about playmakers or quarterbacks; the Pats’ biggest problem on offense is that they can’t trust their offensive line. New England must find a combination that works to turn this around.

The best player on the field for either team was Dallas wideout CeeDee Lamb, who finished with nine catches for 149 yards and two touchdowns. Pats CB Jalen Mills covered Lamb the most and was in coverage on Lamb’s game-winning touchdown.

But the biggest reason why the Patriots allowed a franchise-record 567 total yards to Dallas, other than the discrepancy in offensive plays, was that the pass rush couldn’t get to Dak whether it was good blocking by Dallas, Prescott extending plays with his legs or a failed blitz by the Pats.

Dak’s 51 passes were the most attempts for any QB this season without a sack, which was the difference when Dallas had the ball.

On the game-winning touchdown for Lamb, the Pats ran a zero blitz, leaving Mills without safety help on Lamb. Dallas moves the pocket on a bootleg action at the perfect time, which gets Dak away from the extra pressure, and he delivers downfield to win the game.

The “bend don’t break” plan featured mostly four-man rushes, which contributed to the lack of pressure, but they couldn’t get home even when the Pats brought the heat.

Although the pass rush struggled, the bend-don’t-break special from Patriots head coach Bill Belichick was nearly enough. By playing post-safety zone coverages to keep an extra defender in the box to stop the run, the Pats held Dallas to a 34% success rate on the ground, forcing the Cowboys into 17 third and fourth downs.

Once the Patriots got Dallas into those gotta-have-it situations, they held the Cowboys to just four conversions on 17 tries. Above, the Pats sent a five-man pressure at Prescott and play man-free (cover-1 without the robber) in the backend. The man coverage holds up, the pocket collapses, and the Pats defense gets a critical third-down stop.

New England’s defense forced the Cowboys into long drives and gave themselves chances to make plays on third down and the red zone.

5. Pats’ Four-Play, 75-Yard TD Drive a Glimpse at the Ceiling on Offense

The Patriots had their most explosive drive of the season against a solid Cowboys defense: a four-play, 75-yard TD drive, an all-scheme team drive for offensive coordinator Josh McDaniels.

McDaniels had several good calls and designs on the drive, but the best was a Mac Jones seam throw to rookie Rhamondre Stevenson.

In the play, Jones has Stevenson and tight end Jonnu Smith in the backfield and fakes the handoff to Smith while Stevenson releases up the seam. Sending Stevenson on the vertical route creates a “three strong” situation against a post-safety coverage that floods the deep part of the field.

The Patriots found something on that drive with their personnel usage and play design but didn’t go back to it often enough.

Outside of Jones and Bourne’s heroics and the first-quarter drive in the last section, the only consistent offense for the Pats was running back Damien Harris. Harris added 2.8 expected points and averaged 5.6 yards per rush.

On the Patriots’ first go-ahead touchdown drive, Harris runs behind great FB counter blocking and drags a few Dallas defenders with him to get the Patriots into the red zone.

Rookie Rhamondre Stevenson is a nice spell back for Harris, but every non-Harris carry that doesn’t go to Stevenson feels like an absolute waste of time for the Patriots’ offense.

The Pats’ rookie continues to flash impressive upper-body power to push the pocket and disengage against the run. Barmore registered a QB hit and a tackle for loss against Dallas.

Here, Barmore bench presses Cowboys left guard Connor Williams into the backfield and read the runner cutting back into his gap to make the tackle behind the line of scrimmage.

Although Barmore isn’t lighting up the stat sheet, his presence is felt in every game.

Another silver lining in the loss for the Patriots is that tight end Hunter Henry now has three consecutive games with a touchdown catch.

This week, Henry beat Cowboys DB Malik Hooker up the seam and made a catch as he was going to the ground with Jones getting the ball there before the deep safety could help over the top.

The good news is that the Jones-to-Henry connection is now producing in the red zone.

Patriots wide receiver Jakobi Meyers has horrible luck and still doesn’t have a receiving touchdown in the regular season. Although Meyers’s TD was wiped out due to a holding penalty, he made several tough catches over the middle.

Here, Meyers takes a massive shot on an in-breaking route to move the chains on third down.

In overtime, Meyers made the only productive play for the Pats by making a diving catch on another inside dig route out of the slot.

If former Patriots wideout Julian Edelman was watching, he would be proud of Meyers’s toughness and sure hands in traffic.

10. Pats Have Another Punt Blocked in Critical Sequence

We mentioned the win probability swing by deciding to punt rather than going for it here already, and making matters worse was that the punt was then blocked. In a very un-Belichick-like development, Pats punter Jake Bailey has now had two punts blocked this season. New England’s defense saved the special teams unit by forcing the fumble on the goal line. Still, the Pats’ special teams need to clean it up.