Preseason Week 3. ‘The Big One’ as they like to call it. While people like to hype up the third preseason game of the year, there is some truth in the fact that it is in fact an important game. It can be a crucial final audition for players battling for roster spots, as most teams now use the final game as a camp-body showcase. When the Patriots take the field tonight, there will be plenty at stake in terms of positional battles and roster spots. Here’s what I’ll be keeping my eyes on against the Panthers…

The Patriots Wide Receiver position has had a roller coaster two weeks, and while stock in currently high there are only two players currently in the group who have caught a regular season pass from Tom Brady. We’ve seen Brady work with some members of this group in practice, but things can change when the lights come on. Who will Brady look too on the first 3rd & 10 he has to face? Has Jakobi Meyers worked his way into the circle of trust? Will Brady and Demaryius Thomas get in some much needed reps? We won’t get complete answers to these questions tonight, but there will be material to analyze that we haven’t had before.

What started as whispers got much louder this week when it comes to Mike Pennel’s standing with the team. It’s hard to ignore the fact that he is losing most of his first-team snaps, and you now have to wonder if his roster spot is in trouble. It wouldn’t be the first time a free agent defensive tackle came into camp with high expectations only to not make the final roster, just ask Kony Ealy or Jonathan Fanene. The man gunning hardest for Pennel’s spot is fifth round pick Byron Cowart. With the Patriots seeming to prefer tackles who can penetrate from the interior as opposed to just eat up space, if Cowart can put together another effort like he did last week it’s going to be a dead heat heading into the final game.

Last week, we discussed how Jake Bailey’s ability as a holder was going to be crucial in his battle vs Ryan Allen for the Patriots punter job. Obviously this has been decided since then, but Bailey’s development as a holder is even more important now that it’s definitively his job. Stephen Gostkowski missed a field goal last week on a hold that looked good-not-great. This game will be another chance for Joe Cardona, Gostkowski, and Bailey to get on the same page. On a similar note, there is now a battle between Stephen Gostkowski and Jake Bailey for the kickoff job. We’ll see how they each look tonight. 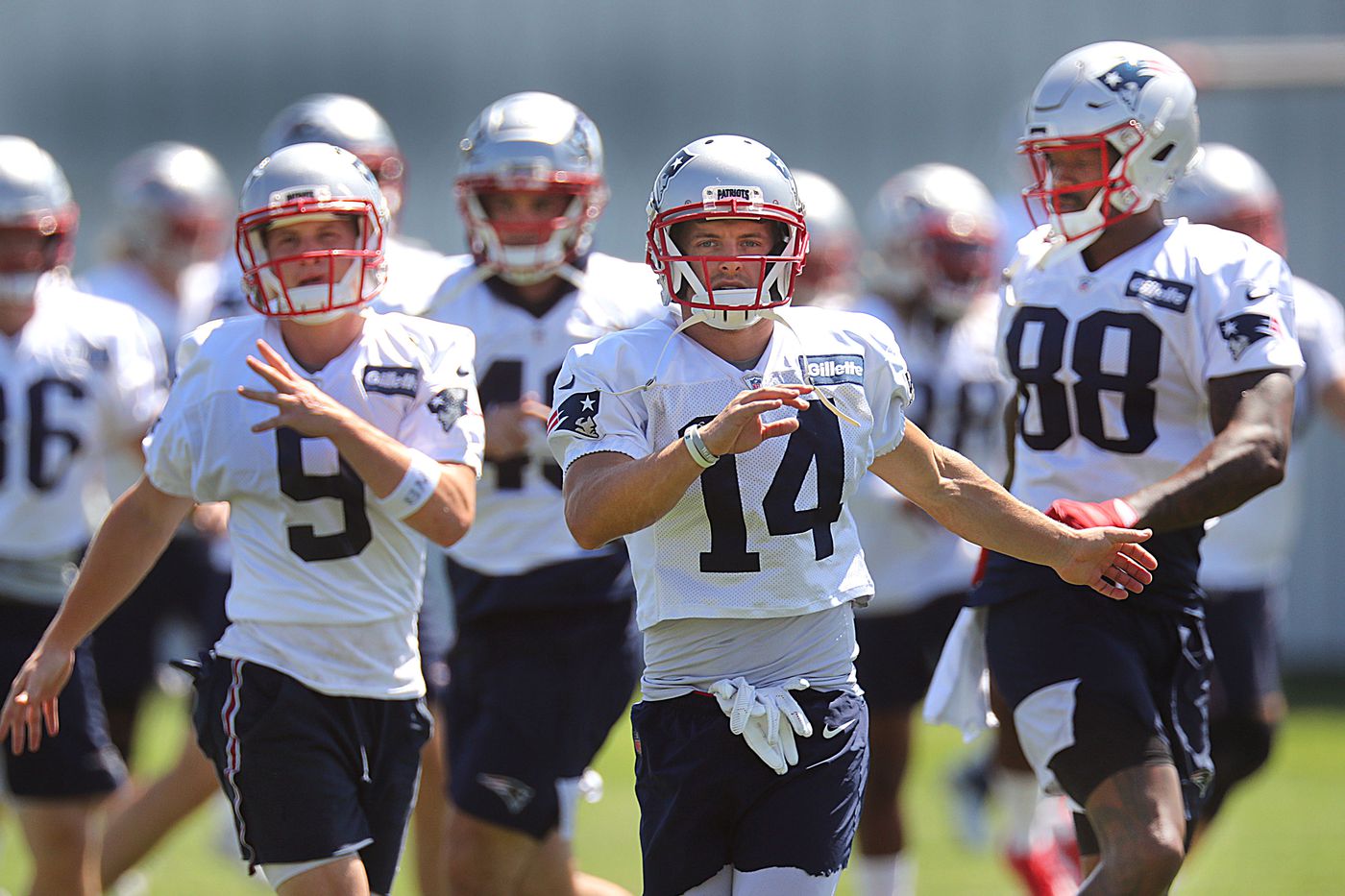 Two special teams notes in one week? Absolutely. With Josh Gordon and Demaryius Thomas returning, the competition at wide receiver is even tighter, and the new odd man out looks to be second year receiver Braxton Berrios. However, Berrios ability as a returner could be enough to save his spot on the team. Outside of Julian Edelman, who the Patriots would like to keep wear and tear off of, nobody else on the roster has proven they can return punts at the level Berrios can. On a lesser note, the same can be said about returning kickoffs. Can somebody else who is already a roster lock step up and render Berrios unnecessary? Or can he maybe take a kick to the house and prove the Bill Belichick needs to keep him on the team.

Tonight will mark the return of former Patriots wide receiver Chris Hogan to Foxboro. Hogan signed with the Panthers in the offseason after seemingly being phased out of the Patriots offense last season. Observers of the team were never given a reason why. Some speculated it was about a drop in ability, while others posed that Hogan just fell out of trust with Brady, McDaniels, and Belichick. It’ll be interesting to see Hogan in the context of a new offense, and see what he can bring when given a new opportunity (even if it is a limited sample size). Perhaps we’ll get some answers as to why he had such a diminished role last year.