It can be pretty easy to overlook the Patriots fourth and final preseason game. After all, the majority of the starters, and even second stringers, won’t be playing. With the elimination of the 75-man roster cutdown a few years ago, and the final preseason game just a week and change out from the opener, teams have the resources and reason to use mostly camp bodies in the game. However, that doesn’t mean there is nothing we can learn from this week. Here’s what I’ll be looking for Thursday night. In the past, playing quarterback for the Patriots in week four of the preseason is a ‘kiss of death’ when it comes to making the team. In three of the last four years, the Patriots only used one quarterback in the game, and in all three instances that quarterback didn’t make the final roster. The difference this year is that in the past, the cut QB has been pretty obvious (Danny Etling, Ryan Lindley), but this year it is realistic for the Pats to keep all three signal-callers. If Brian Hoyer played the majority/the whole game, based on Bill Belichick’s history that would be a pretty clear signal he could be gone. If Stidham plays the majority/whole game, he’s probably not getting cut, but that should tell us he’s the definitive third quarterback on the depth chart. Or, Belichick could give us a 50/50 split and just troll everybody. 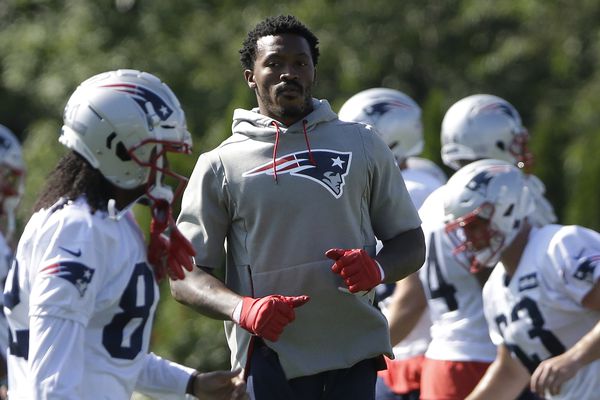 Although it’s unlikely, there could be a scenario where Josh Gordon and/or Demaryius Thomas play a few series tonight. Mainly Thomas, who has yet to see the field in a Patriots uniform and his working his way back from an injury. While I wouldn’t expect them to play much, the Patriots have a history of using the preseason to get players who had extended layoffs a chance to go through their pregame routine and see live action. If either does play, it won’t be past the first quarter.

Ok, so this one has two parts. First, the penalties. The Patriots were called for eight penalties against Carolina, half for holding. It’s something the second-team offensive line has struggled with all preseason, and they’ll have one last chance to clean things up before the preseason starts. Part two involves Jake Bailey. The Carolina game marked the second straight week Stephen Gostkowski missed a field goal on a questionable hold. It’s expected there would be growing pains with Bailey getting involved in the field goal unit, but it’s something they need to figure out before the Pittsburgh game.

While most of the Patriots final 53-man roster won’t be playing tonight, a number of players vying for practice squad spots will be. Whether it’s with the Patriots or another team, the fourth preseason game will be the final chance for a number of players to prove they deserve another chance in the NFL. It would be too long to run through the whole list of possible practice squad candidates, but the highlights include Gunner Olszewski, Dan Skipper, Andrew Beck, Tryee St. Louis, and Malik Gant.

The fourth week of preseason games represents one of only two days on the calendar that all 32 NFL teams are in action (Week 17). The specific thing to keep an eye on here is injuries. As we’ve talked about numerous times this summer, the Patriots roster is overflowing with NFL-caliber talent. As players go down with injuries (or who knows, maybe even more surprise retirements), the Patriots will have prime position to make trades before and after the cutdown deadline. Who will be buying come this weekend? We’ll know by the end of the games Thursday night.