Odell Beckham Jr. Released by the Browns, Could He End Up in New England? | BetOnline.ag

The former first round pick will look to find a new home after just two seasons in Cleveland. 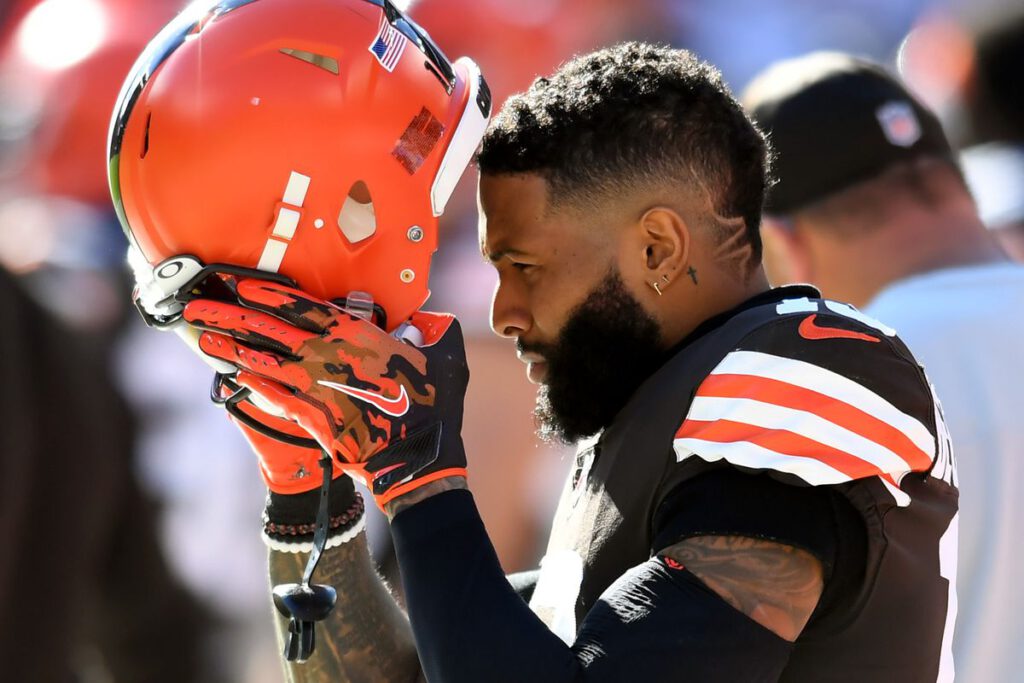 After what has been yet another tumultuous stay with an NFL franchise, wide receiver Odell Beckham Jr. will officially be released by the Cleveland Browns.

NFL Networks Ian Rapoport and ESPN’s Adam Schefter reported earlier this morning that the Browns and Beckham were in the process of reworking his contract. This is what has held up the transaction over the several days.

An interesting tidbit from Rapoport explains that his base salary will be converted to a signing bonus. This makes his contract more claimable for salary cap strapped teams, adding yet another wrinkle to the saga.

Here are the betting odds for Beckham Jr’s next team, according to BetOnline.ag:

Odds for Odell Beckham Jr.’s next team, according to @betonline_ag:

The Patriots are tied for fourth on BetOnline’s list with 5/1 (+500) odds to land the star. They have the 15th waiver claim priority, meaning almost half of the league would have to pass on Beckham before New England has a chance to act on it.

There has always been rumblings about Odell and New England – and although nothing is imminent, CLNS Media Patriots beat reporter Evan Lazar knows that Beckham is a fan of coach Belichick’s, and that the feeling is mutual.

Nothing at the moment. All I know is that Odell is a Belichick fan and the feeling is mutual. https://t.co/QS7hOR97PI

Beckham would add a legitimate piece to the Patriots wide receiving corp. Although New England’s pass catchers have been far better than they were in 2020, their room could definitely use some help. Odell would certainly bring that to the table and would help rookie Mac Jones continue to thrive.

Team’s have until 4pm on Monday to put in a claim for Beckham. Go get him, Patriots.