Even though he’s in not in the same division as the Boston Bruins anymore, P.K. Subban is still spending plenty of his time in Boston. A full week for that matter.

“An old acquaintance of mine,” said Subban as he referred to Chara. The Nashville Predators defenseman couldn’t help but wink at the camera as he said it.

Chara and Subban aren’t the only famous athletes to attend the course. Retired tennis player Andy Roddick, Bundesliga midfielder Nuri Sahin, and Olympic skier Lindsey Vonn all added to their academic resumes through the class as well.

Subban’s Hub visit began on over the weekend with a trip to Dorchester where he posed for pictures and gave a shout out to Mark Wahlberg.

Then on Sunday PK took in Game 7 between the Celtics and the Cavaliers at TD Garden. After which he made a trip down to the Cavaliers lockers to congratulate LeBron James.

Subban probably didn’t endear himself to Boston fans with this video of congratulating LeBron James after the Cavaliers bounced the Celtics from the Eastern Conference Finals this past Sunday. 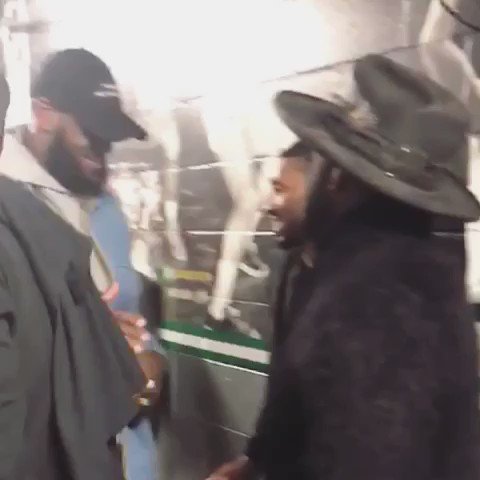 Then on Monday, Subban took in a Red Sox game and posted pictures from his Fenway Park experience. One atop the Green Monster and one with legendary knuckleball pitcher Tim Wakefield and Boston Red Sox President & CEO Sam Kennedy.

It’s obvious Subban loves it here so why not make the arrangement more permanent? I mean look at all these photos. Remember how crazy we went during the Summer of Love and all Kevin Love did was go to one Red Sox game?

Evan Marinofsky is a Multimedia Producer for CLNS Media. Evan produces Bruins Beat w/ Jimmy Murphy and covers the Bruins for the network.

April Fools! We flipped the script as the 1960s takes on the 1970s in a memorable March battle!

199: Odds of When the NHL Comes Back & Fun Prop Bets During Quarantine w/ BetOnline Expert