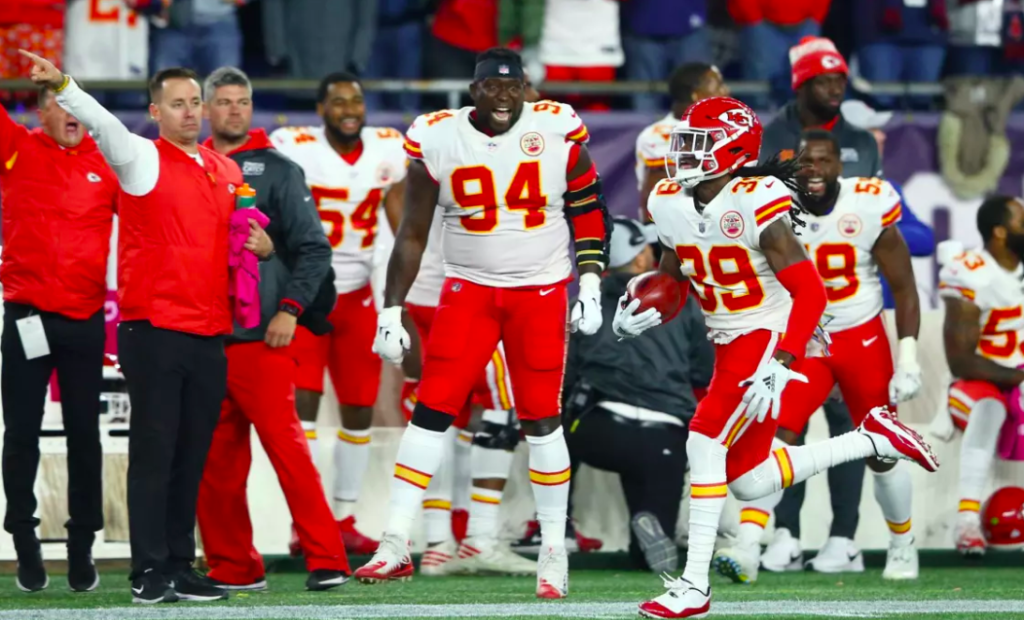 FOXBORO — Throughout Bill Belichick’s tenure as the head coach, the Patriots have been one of the best teams in the NFL on special teams.

However, this season, the Patriots’ kickoff coverage has taken a major step back culminating in a 97-yard return by Kansas City Chiefs return man Tremon Smith in last week’s win.

Through six games, the Patriots are allowing 27.4 yards per kick return this season, which is the third-worst average in the NFL.

And it’s considerably higher than last year’s mark of 18.9 yards per return, which was third-best in the NFL.

Over the last few seasons, the Patriots have adopted a strategy of kicking the ball short or at the goal line on kickoffs to force opponents to return kicks.

As a result, kicker Stephen Gostkowski ranks 29th out of 35 qualified kickers in average kickoff distance this season (65.8), according to Pro Football Focus.

Last season, the Patriots led the league in kickoffs caught between the one and ten-yard line and didn’t allow a kick return past the 31-yard line, according to Football Outsiders.

This season, the Patriots have already allowed six returns end past the 31-yard line.

Why the sudden drop-off in success covering kicks?

Over the offseason, the NFL rules committee made sweeping changes to kickoffs as described in the animated video above.

The most significant changes the league made include banning the five-yard head start for the coverage team and doing away with double-teams or wedge blocks for the return unit, which has changed how teams block on the play.

“Yeah, I think it’s definitely slowed that [kickoffs] down a little bit, maybe a step or so, 40 yards later or 30 yards later,” said Belichick. “There’s been rules on both sides – the return team, the kicking team, where they align, where the kicking team aligns and so forth. It is what it is. Everybody’s playing with the same set of rules, so we just need to do a better job of whatever the situation is.”

Along with his head coach, Patriots special teamer Nate Ebner has noticed that the speed of the play has changed on kickoffs.

“I think it’s taken a little bit of speed off the play in terms of when the returner starts his run and where we are as a return unit down the field which makes the space where we need to take blocks on a lot bigger because we aren’t as far down the field,” Ebner said.

For the Patriots, the adjustment period has led to some of the struggles that we’ve seen from the kickoff coverage unit, and the league’s commitment to producing longer returns is showing up in New England.

“The spacing of the play is different. Your mindset when you’re defeating blocks is a little bit different; the angles you have to take, where the returner is and how quickly the ball is getting on us. I think those things have changed a little bit,” said special teams captain Matthew Slater.

“The backend can’t double-team anymore, so you have a lot of different individual blocks. It takes a while. The more reps you get the clearer it gets, but it’s just different. We have to attack it in different ways. We know how we established it before with the wedge, and its just so many reps of doing it that way at the end of the day we just gotta practice it,” King said.

The Patriots’ core special teamers believe that the new rule changes aren’t to blame for their poor play in kickoff coverage, but everyone, including head coach Bill Belichick, acknowledged that they’re still adjusting to the new way of doing things.

“I don’t think that’s the reason we haven’t played up to our standards. I think there are fundamental issues that need to be fixed,” said Slater.

The Patriots hope that increased reps against the new style of kickoffs will improve the coverage, but if it doesn’t, it may be time to abandon the short kickoff strategy.