The Patriots will look to make it six in a row with the 1-seed Titans in town. 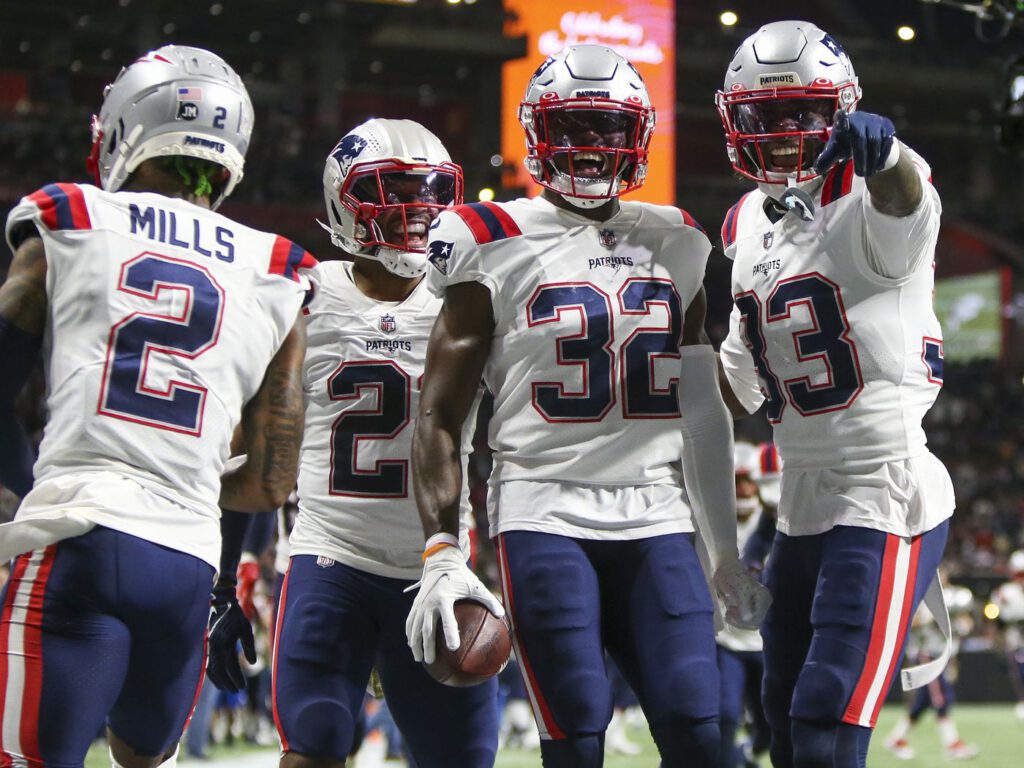 The Patriots had a mini-bye after their 25-0 beat down of the Atlanta Falcons last Thursday and will look to continue their winning ways this weekend against the AFC’s number one seed. The Tennessee Titans are in town and will look to bounce themselves back after a brutal loss to the Houston Texans last Sunday.

The game will kick off from Gillette Stadium at 1pm. Ian Eagle and Charles Davis are on the call for CBS.

We’ve got you covered every weekend here on CLNS Media, with odds and predictions from our exclusive wagering partner BetOnline.ag:

The Patriots have won their last five games and are top of the AFC East for the first time since winning the division back in 2019. Their the hottest team in the NFL, and find themselves in a “prove it” spot this Sunday against Tennessee.

Bill Belichick is now the FAVORITE to win Coach of the Year, according to @betonline_ag. Here’s the top 5:

All seems to be running smooth in New England again as the team looks to be hitting their stride at just the right time. The defense is dominant and the offense is playing on schedule.

Just as they begin to come to form, the one seed Tennessee Titans arrive. Tennessee won six straight games within the last eight weeks, bookended by brutal losses to the Jets and the Texans.

They’re without their superstar running back Derrick Henry who is on the injured reserve with a foot injury. They’ll hope to have him back for the postseason.

Head coach Mike Vrabel has done an excellent job in Nashville so far, and currently has the second highest odds to win Coach of the Year behind Belichick. He’s 37-22 through his first four seasons with the team.

Veteran quarterback Ryan Tannehill has had a resurgence with Tennessee since a rocky start to his career in Miami. After replacing Marcus Mariota in 2019, Tannehill has made two consecutive playoff appearances with the Titans. He’ll look to fend off rookie star Mac Jones this weekend in New England.

Here’s what Jones had to say about playing in the cold this week against Tennessee, and also about what he’s thankful for:

The Patriots other star rookies Christian Barmore and Rhamondre Stevenson were added to the teams injury report for Thursday’s practice. Barmore did not practice due to a knee injury, and Stevenson was limited with a knee injury. Here is the full list from Evan Lazar:

The Titans are loaded with injuries as offensive stars Derrick Henry and Julio Jones remain on IR. Wide receiver AJ Brown was added to the injury list as well this week after suffering a chest injury against Houston. He was a DNP for Thurday, as the Titans put out a hypothetical report despite not practicing on the holiday.

Defenders Harold Landry and Naquan Jones were upgraded to limited on Thursday. Tennessee’s injuries continue to stack up for them as they get into the back end of the season.

Never again will I doubt the Patriots – even against the spread. It’s not fun to root for… and its not fun for my wallet either! Tennessee is simply too banged up for me to back them in any spot, and New England has all the momentum they need right now to pull out a win. It’s going to be a “grind it out” game, but the Titans injuries will prove to be too much to overcome. The defense continues flying around as the Patriots get their sixth win in a row.