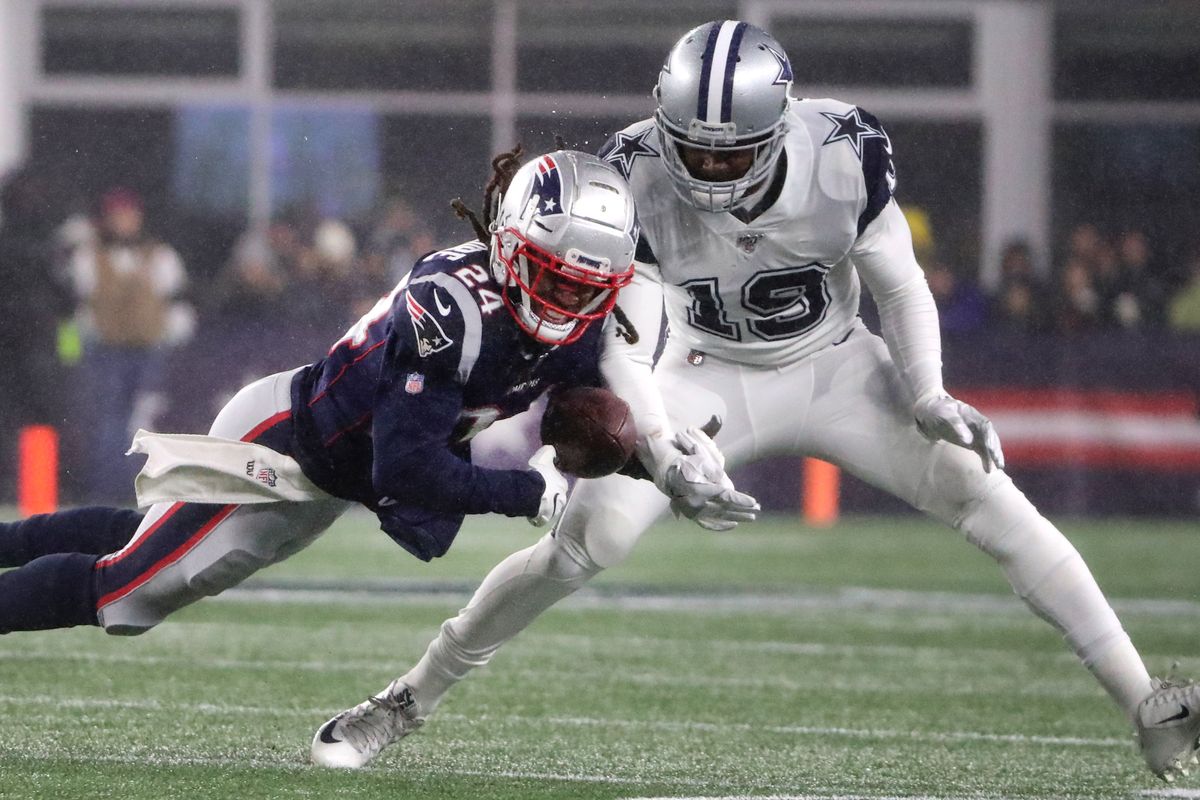 For a 13-9 game, there sure are a lot of numbers to take away from the Patriots win over the Cowboys on Sunday afternoon. From new rookie benchmarks to more mantle material for the Patriots dynasty, here are a few stats that stand out…

The Patriots have now won 6 straight against the Dallas Cowboys

The Patriots inched one step closer in the battle for “America’s Team” with their win on Sunday, moving the series to 7-6, still in favor of Dallas. However, the Patriots have taken every game they’ve played against the ‘Boys since 1996. The last Dallas quarterback to beat the Patriots? Troy Aikman.

Harry is the second rookie to catch a TD from Brady this year, after Ryan Izzo. Coming into the season, Brady hadn’t thrown a score to a rookie since 2016, when he found both Malcolm Mitchell and Matt Lengel. Harry is also the 124th player to score a touchdown for the Pats during the Dynasty Era (since 2001), and the 348th player to score at least one point in the history of the franchise. Jakobi Meyers and Damien Harris are also in position to add to those totals this season.

The last time Tom Brady targeted a first-year player 9+ times was 2016, when Malcolm Mitchell saw 10 targets against the Rams. Before that, you have to go all the way back to 2013 when Aaron Dobson had 3 games with 9+ targets.

Gilmore has drawn comparisons to Ty Law throughout his run in New England, and tonight was a great example. It used to be commonplace against top opponents *cough Peyton Manning and Marvin Harrison cough* for him to have more ‘catches’ than his assignment. Gilmore pulled off a similar feat Sunday, shutting out Cooper for 60 minutes. His diving INT added a nice aesthetic to the narrative as well.

On the Dallas side of things, this will be one of if not the most talked about decision from this game. The Cowboys were finally moving the ball on the drive, and a 4th and 7 certainly felt manageable. If the Cowboys had scored a touchdown on that drive, it would have put all the pressure on the Patriots. To be honest, I’m surprised the decision field goal had as much of a positive impact on their projected outcome as it did.

Brady extends his NFL record of such games. Drew Brees is the only other quarterback in NFL history with at least 100 such games (104). Brett Favre, Peyton Manning, and Aaron Rodgers round out the top five. It’s Brady’s 4th such game this season.

On a day they needed it due to inclement weather, the return of Isaiah Wynn and a resurgent Sony Michel led to the Patriots rushing for over 100 yards for the first time in more than a month. The Pats 101 ground yards are the most for the team since putting up 114 against the Giants in early October. In the four games since (against the Jets, Browns, Ravens, and Eagles) the Patriots ran for 74, 79, 74, and 74 yards. Sunday was their fourth 100+ yard game of the year. Sony Michel accounted for 85 of those yards, his third-highest total of the season.

Sunday was the third time the Cowboys have been held without a passing touchdown this season, and the first without a touchdown of any kind

A major testament to the Patriots defense. Dak could very well win the MVP award this year, and when he does we’ll all point back to “that game the Patriots kept him out of the end zone”. Between him, Zeke, and Amari Cooper, the Patriots shut down three of the NFL’s most dynamic playmakers in this one.

Every division leader in the NFL is at least 3 games over .500….except the NFC East, where the Cowboys are 6-5

6 of the 8 second-place teams in the NFL would at least be tied with the Cowboys if they played in the same division. 3 of those teams have a better record outright. Is this a sign that the NFC East is such a strong division that all of the teams are beating up on each other, or just that it’s the worst division in football. Expect that second option to come up when people discuss this final stat…

With Sunday’s win over the Cowboys, the Patriots swept the NFC portion of their schedule

The team went 4-0 against the Cowboys, Eagles, Giants, and Redskins. This is the 5th time under Bill Belichick they’ve swept the NFC in the regular season, and the first since 2010. They also did so in 2004, and consecutively from 2006-2008. It’s a bit surprising they haven’t done it more often, especially since they have the NFL’s best inter-conference record (AFC vs NFC) since 2002. Their 58 wins against the opposing conference are 11 more than the next closest team (Pittsburgh)

Film Session, Defensive Execution: The Making of a Celtics Blowout Win Over Lakers

Red Sox Asking Price for Mookie Betts is Astronomical, According to Reports