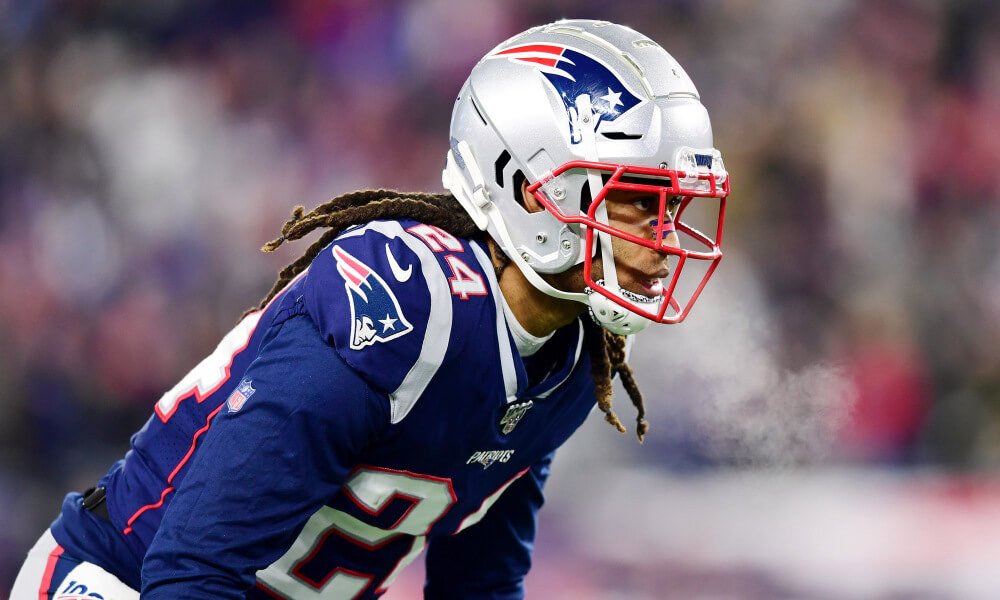 A unanimous first-team All-Pro selection, Gilmore’s ability to consistently win his matchup freed up head coach Bill Belichick to scheme other elements of opposing offenses out of the game.

Gilmore is the first defensive back to win the award since Troy Polamalu in 2010.

Belichick and the New England coaching staff had Gilmore shadow some of the league’s best receivers this past season, lining up across from them in man coverage the majority of the time.

Outside of a down performance in Week 17, Gilmore held his matchup in check, allowing a 49.5 completion rate and a 48.0 passer and tying the league-high with six interceptions, two of which he returned for touchdowns.

The Pats corner combines terrific athleticism with a relentless work ethic, near-perfect technique, and knowledge of his opponents to live in receivers’ hip pockets on game day.

Along with taking his own man out of the game, Gilmore’s ability to man up on the opponents’ top receiving threat allowed Belichick to worry about the other weapons on the offense.

#Patriots film: things you can do when you have Stephon Gilmore. That's him at the bottom of the screen against Sammy Watkins. Safety on the far hash to the trips side. Gilmore island. pic.twitter.com/IyKd6bSabD

The Patriots defense, which led the NFL in points allowed and Football Outsiders’ DVOA, routinely left Gilmore on an island to provide help elsewhere. As the leader of the Pats cornerback group, Gilmore and others’ coverage skills also let Belichick play with an extra defender in the box in single-high safety coverages and unlocked their zero-blitz packages with no deep safety.

Patriots defensive captain Devin McCourty summed it up best when he said following a win over the Cowboys, “it’s no secret it starts with Steph. He goes out there, competes his but off. Every time someone makes a catch on him it’s going to be highly contested, they’re going to have to make a great play. We count on him to do that.”

Since signing the most lucrative free-agent contract in team history, Gilmore has made two first-team All-Pros and two Pro Bowls in three seasons with the Patriots.

In an exclusive with CLNS Media last season, Gilmore explained his process and development into the league’s best player at his position and the 2019 Defensive Player of the Year.