Washburn: Derrick White Poor Shooting is a Cause for Concern 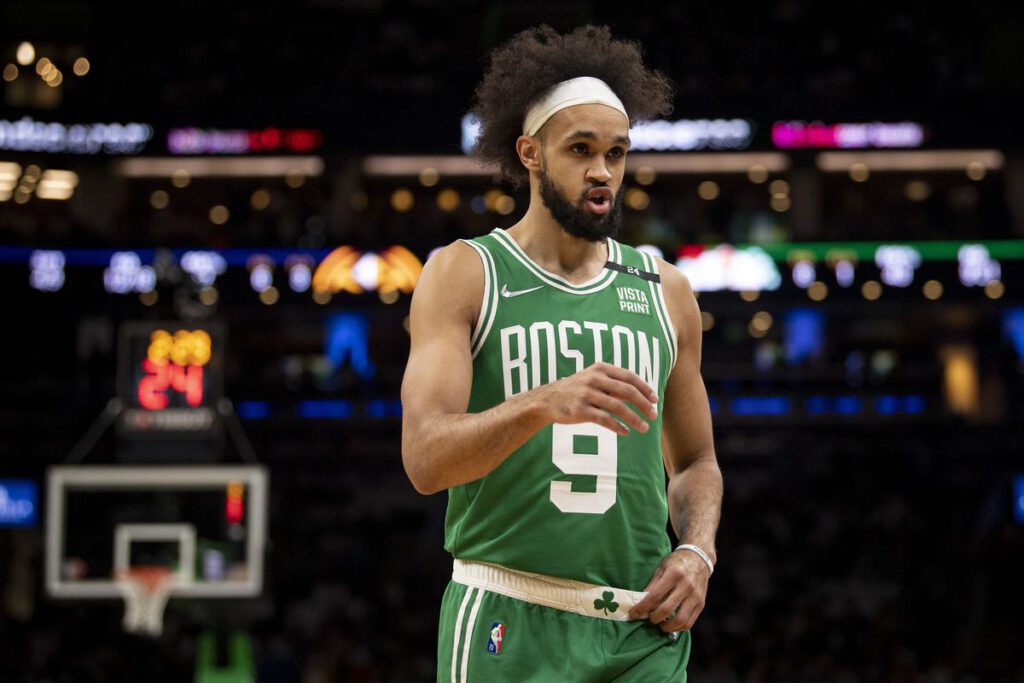 Since joining the Boston Celtics at the trade deadline, Derrick White has excelled in some areas. He’s been a staunch defender and added some much-needed playmaking off the bench. But the one place he’s struggled is with his three-point shot.

In a recent presser, head coach Ime Udoka stated that White is a “better shooter than he’s showing.” And for a Celtics team that lacks shooting outside of their two stars, that’s something he needs to improve at in order to be at his best within the rotation.

Gary Washburn of The Boston Globe joined the A List Podcast on CLNS Media to express his concerns with White’s performance so far in Boston.

“I’m concerned about Derrick White. 24 percent from the three-point line since he’s been with the Celtics. He’s getting open looks and they needed someone to hit these open looks. Jayson is going to get blitzed. Jaylen is going to have his attention on the defense. So you need guys to come off the bench and hit three-pointers.”

In his first game with the Celtics, White went 3-for-7 from deep. Since then, he’s gone 11-for-50, and in his last six games, he’s shooting just 5-for-21. And as Washburn pointed out, most of the looks are open.

“He’s not shooting well from three. He’s 23 percent In the last six games. He’s got to start stepping up and knocking shots down. He’s getting open looks. They’re not contested looks. So he needs to be better.”

A shot is considered “wide open” if the closest defender is at least six feet away. Of the 57 threes White has taken since joining the team, 34 of them have been wide-open shots, according to NBA.com. White has only made eight of them, which averages out to 23.5 percent.

Washburn did note some of the things that White has done well, such as attacking the rim and facilitating, but he doubled down on the fact that he needs to start nailing his threes.

“He’s attacking the rim, I like that. He’s getting to the basket and making plays at the rim, with floaters or whatever. But Derrick White has start knocking down jump shots.”

And he didn’t stop there, instead choosing to criticize Boston’s bench as a whole. Washburn said that although Jayson Tatum and Jaylen Brown are the obvious pillars of the offense, the Celtics’ bench needs to be ready to step up when necessary. Since the deadline, the C’s rank 26th in the NBA in bench points per game (28.5).

“So I want to see more from the bench, more from the complementary players from the three-point line. So I do think it’s a concern, how they were defended and how they didn’t score.”