The Celtics and Heat face off in a much different series to the one they played two years ago in the Bubble. 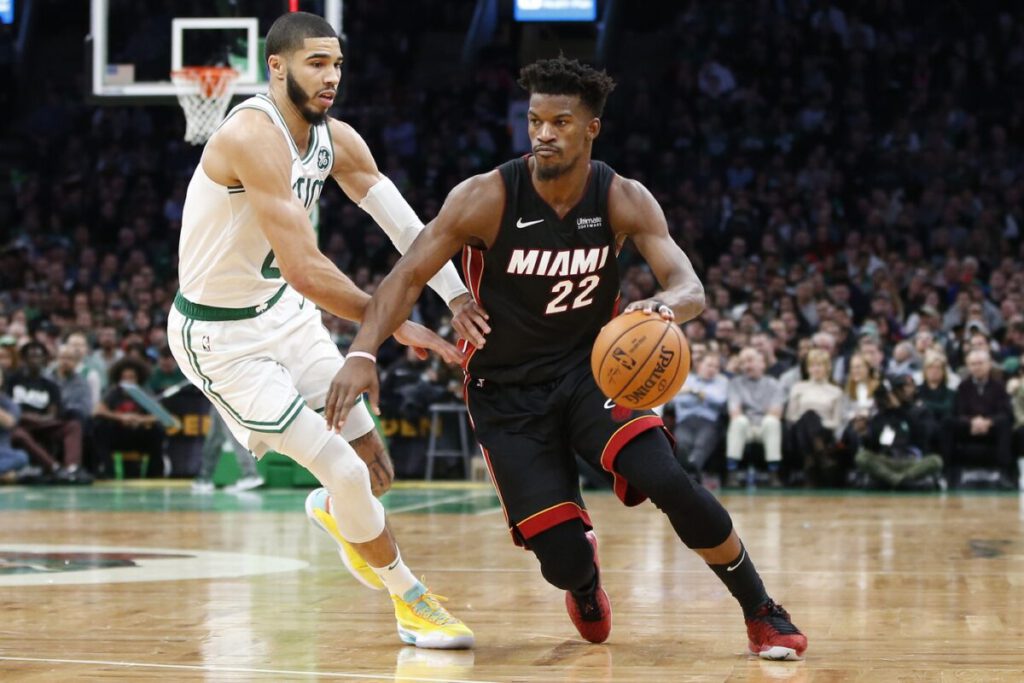 BOSTON — The Celtics and Heat meet again in the east finals, a rematch of their 2020 series that Miami took in six games before losing in the NBA Finals in the Bubble. Jimmy Butler, Bam Adebayo and Tyler Herro return for Miami, as do Jayson Tatum, Jaylen Brown and Marcus Smart, who’s questionable with a foot sprain. Kyle Lowry, Miami’s offseason addition, is doubtful again for Game 1 with a hamstring injury, but the Heat have prided itself on pulling contributions from deep on its roster from the likes of Gabe Vincent and a rejuvenated Victor Oladipo. Boston boasts a much-improved Grant Williams and Robert Williams, along with Al Horford, who wasn’t with the Celtics in the Bubble series.

Bobby Manning and Josue Pavon discussed the keys to the series live from TD Garden after Boston beat Miami in Game 7 on Sunday.