What Will it Take to Get N’Keal Harry More Involved in Patriots Offense? 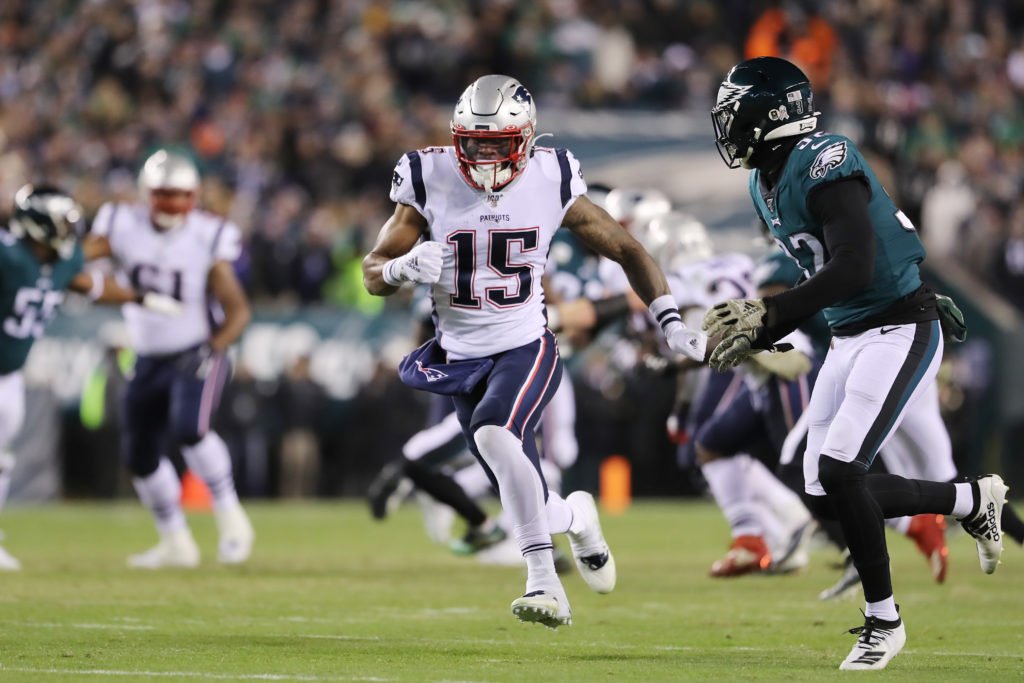 PHILADELPHIA, PENNSYLVANIA - NOVEMBER 17: N'Keal Harry #15 of the New England Patriots runs a route during the first half against the Philadelphia Eagles at Lincoln Financial Field on November 17, 2019 in Philadelphia, Pennsylvania. (Photo by Elsa/Getty Images)
Share
Facebook Twitter Email

N’Keal Harry’s much anticipated Patriots debut was short of highlight worthy plays but about as good as you could expect for the rookie’s first outing. A study of the film shows Harry competed as a blocker and flashed the receiving skills that made him a first-round pick.

With Sanu now expected to miss several weeks with an ankle injury Harry should get more snaps. Also as Tom Brady grows more comfortable with Harry, and the rookie becomes more of a focal point of the offense, he’ll see more deep targets. That will most likely mean more 50-50 balls that take trust between receiver and quarterback.

Here, Harry is single covered at the top of the screen. He shows good build-up speed to get over the top of the corner, but it’s a long throw, and Brady never looks his way. In the future, Brady will hopefully give Harry a chance to make plays down the field in those types of situations.

On Harry’s first career reception, he ran a nice slant route against off-coverage to pick up the first down. He charges off the line to close down the space between himself and the corner, plants and drives out of his break as he should. With his big body, he can box out corners, meaning if he gets leverage as he did there, it’ll be nearly impossible to defend.

Harry’s three catches for 18 yards weren’t much to write home about, but the flashes were there.

The above Film review first appeared in Evan Lazar’s column from Tuesday. CLICK HERE For a FULL Film Breakdown of the Patriots 17-10 win over the Eagles.