Will Zalatoris Ripped My Heart Out at the U.S. Open – Early Lines for The 2022 British Open in July

The 25-year-old American once again came in second in a Major championship, proving that his time on the PGA Tour is yet to come. 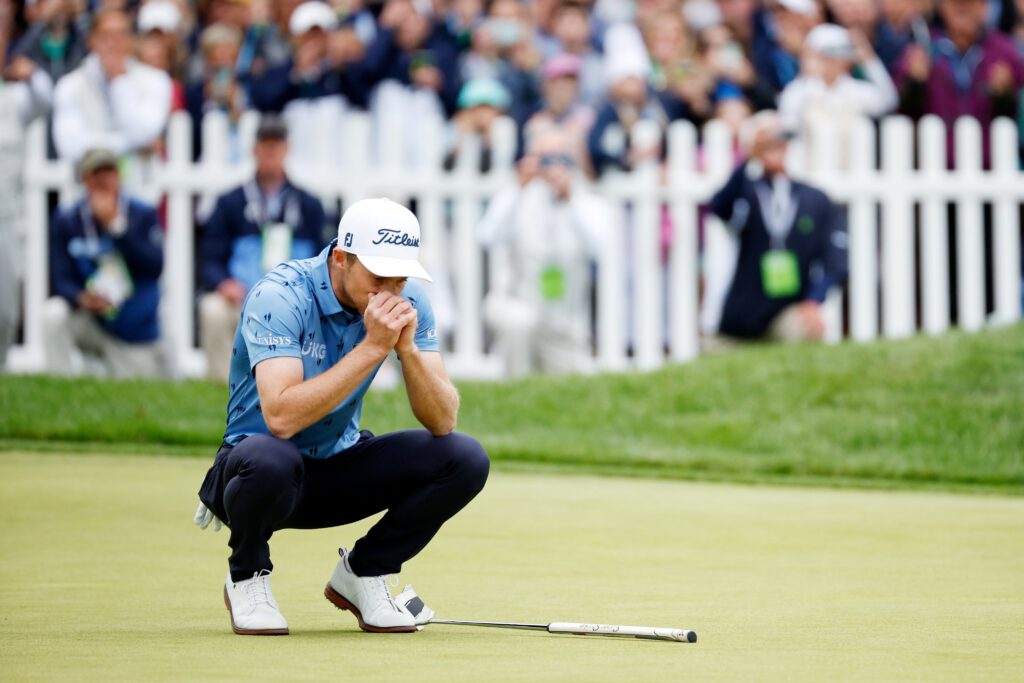 The U.S. Open this weekend was truly something to see. The greater Boston area really got their money’s worth at Brookline’s The Country Club – as England’s Matt Fitzpatrick won the tournament by one stroke to win his first major championship.

Once again – America’s own Will Zalatoris came up just a stroke short.

If you’ve been following along, I bet Will to win the U.S. Open at +2800 odds (according to BetOnline.ag). Here’s what I wrote earlier this week:

Youngster Will Zalatoris has two top-two finishes in Major’s since 2021, and has shown that he can play with the big boys. The 25-year-old’s 28/1 odds are too good to pass up.

The Pick: Will Z (+2800) plays The Country Club like a fiddle this weekend and wins his first Major of many.

After a beautiful 3-under-par Saturday and a solid turn on Sunday, Zalatoris was THIS CLOSE to forcing a playoff on 18 against Fitzpatrick:

Like I said, Fitzpatrick ended up winning the U.S. Open by one stroke.

This is Will Z’s third time finishing second in a major since 2021. The next one – The British Open – will tee off at the Old Course at St. Andrews in Scotland in the middle of July. Here are BetOnline.ag’s odds for the third major tournament of the calendar year:

As you can see – my guy Will can’t even crack the top 10 with the way he finished these things. He currently sits at +2800, tied with Xander Schauffele and LIV’s Dustin Johnson.

As much as Matt Fitzpatrick is grinding my gears right now, his performance at this year’s Open was truly sensational. After duffing his tee shot on 18 – he made this spectacular bunker shot to save par and ultimately win the tournament:

As devastated as I was today, Will didn’t lose it – Matt Fitzpatrick won it.

As for the British Open in mid-July, I “Will” probably take Zalatoris to win again at +2800. His odds are too good to pass up if you look at his finishes lately. He’s bound to win one eventually.

I also fell in love with Scottie Scheffler this weekend. This guy is going to run the PGA Tour for years to come, and his 14/1 odds at The British are incredibly enticing.

Here’s to another fun major – and to one that hopefully won’t rip my heart out again.