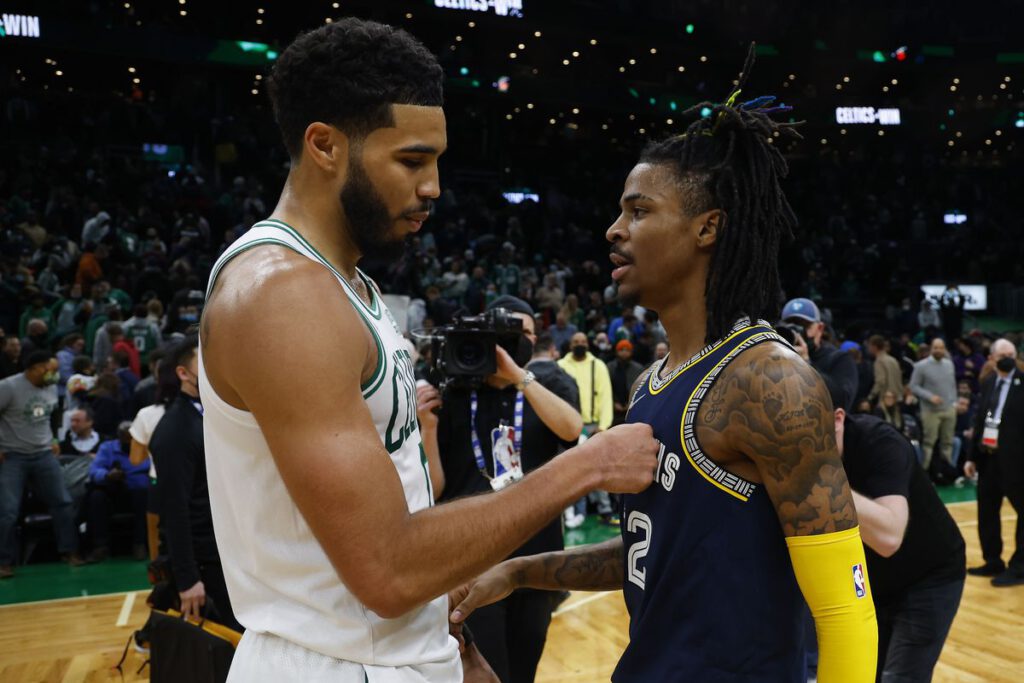 According to the online sports book Betonline.ag, the Boston Celtics are 5.5-point favorites:

Robert Williams and Nik Stauskas are the only two Celtics players listed on the injury report. Jayson Tatum and Al Horford, who were both out in Boston’s last game vs. the Milwaukee Bucks, are not listed.

Ja Morant made his return to the court on Saturday night against the New Orleans Pelicans, but with Memphis locked into second place, expect them to sit a bunch of their regular starters on Sunday.

Boston fell to the Bucks their last time out, although they were without three of their five regular starters. And despite that, the C’s kept things close, just narrowly losing to the Bucks who, for the most part, were at full strength. Marcus Smart had an amazing game, tallying 29 points, and Daniel Theis played well, too, outside of a scuffed layup near the end of regulation.

The Celtics still do not know who they will be playing in the first round of the playoffs. If they win and the Bucks lose, Boston will be the second seed. If the Celtics lose and the Philadelphia 76ers win, Boston drops to the fourth seed. In any other scenario, the Celtics would remain as the third seed in the East.

In Morant’s return on Saturday, the Grizzlies blew the doors off the Pelicans, 141-114. Morant hadn’t played in a game since the middle of March, but the Grizzlies had carried on without him. And now that he’s backed, Memphis looks primed and ready to go on a deep playoff run. They have the second-best record in the NBA, only trailing the Phoenix Suns.

Simultaneously, there’s no reason for Memphis to play any of their top guys and risk injury. They used the game against New Orleans as a warm-up for the playoffs, and now, they can afford to rest most of the players that are in their regular rotation. Don’t expect to see many of the Memphis regulars on Sunday night.