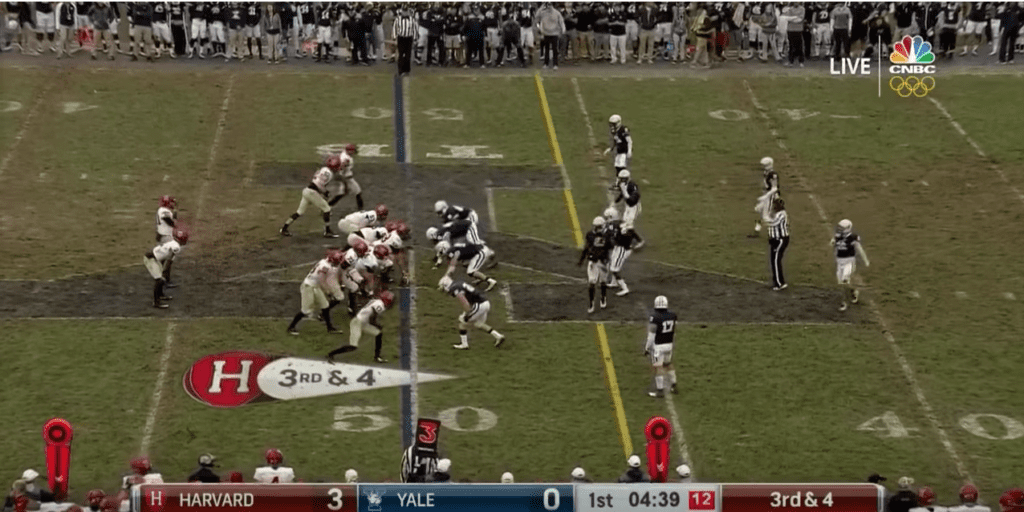 BOSTON — The tradition of Fenway Park will get just a little bit richer in 2018.

Fenway Sports Management and the City of Boston Wednesday announced that one of college football’s most storied rivalries will be played out on the Fenway Park gridiron as the 135th edition of Harvard and Yale’s football rivalry will be played in front of the “Green Monster” on November 17, 2018.

“Over the last three years, Fenway Park has hosted four Division I football games, including Notre Dame and Boston College in 2015 and the three just-concluded games as part of the Fenway Gridiron Series,” said Mark Lev, Managing Director of Fenway Sports Management.

“Having a staff experienced in creating a diverse array of major events is key to producing a marquee football game like Harvard-Yale at Fenway Park. Our staff has first-hand knowledge for the passion of the college teams competing and the fans that follow them. That knowhow will prove invaluable as we eagerly anticipate hosting one of the great sports spectacles in America, ‘The Game’ between Harvard and Yale next November 17.”

The game will also mark the 50th anniversary of the epic 1968 clash between the two Ivy League schools, which famously ended in a 29-29 tie.

The announcement comes on the heels of a busy off-season at Fenway, which included the 2017 Fenway Gridiron Series presented by Your Call Football – three collegiate football games featuring six of New England’s major college programs, the AIG Fenway Hurling Classic and Irish Festival and a series of high school football games.

“The Harvard Yale football game is a classic match up, and Fenway Park is a beloved Boston landmark and classic in its own right,” said Boston Mayor Martin J. Walsh. “Boston looks forward to hosting Harvard, and all visitors, in 2018 for this iconic game.”

Harvard and Yale first met on November 13, 1875, in the first of 134 battles on the gridiron with Harvard winning by a score of 4-0. The format of the game pre-dated the modern football scoring system and resembled rugby more than today’s version of American football. Yale leads the series, 67-59-8. The only rivalry in college football older than The Game is Yale’s annual meeting with Princeton, which began in 1873. In terms of games played in a rivalry, Harvard-Yale (134 games) ranks behind only Lafayette-Lehigh (153) and Yale-Princeton (141).

“It’s an honor to host one of the most prestigious rivalries in American collegiate athletics,” said Boston Red Sox President & CEO Sam Kennedy. “This is one of the most anticipated sporting event in the Northeast, and I know everyone at Fenway Park and Fenway Sports Management will work tirelessly to make the 135th edition of The Game a memorable experience for the players, the coaches, and the alumni. I can think of no place more fitting to host this historic game.”

The 1968 matchup ranks ninth on ESPN’s list of greatest college football ties ever and was the last tie in the rivalry’s history, as subsequent changes to overtime rules eliminated the possibility. The Bulldogs carried a comfortable lead (29-13) heading into the game’s final minute, but Harvard rallied with an 86-yard touchdown drive, then recovered an on-side kick, followed by another touchdown and a game tying two-point conversion as time expired.

“We are very excited to face our historic rival at Fenway Park, a landmark of New England sports,” said Bob Scalise, Harvard’s John D. Nichols ’53 Family Director of Athletics. “This will be a special experience for our student-athletes, student body, alumni and fans, and we are proud to partner with Fenway Sports Management for “The Game” next year.”

The football rivalry between Harvard’s Crimson and Yale’s Bulldogs is among the most revered on the American athletic scene for its combination of passion and purity to the sport, as it established the template for American college football. ‘The Game’ annually serves as the most prominent athletic contest between the Ivy institutions and is the season finale in football for the two schools. In the most recent edition, Yale defeated Harvard, 24-3, on November 18 at the Yale Bowl to finish the season 9-1 and capture the 2017 Ivy League crown.

“We are excited to play next year’s game against Harvard at one of the most iconic venues in all of sports,” said Yale Athletic Director Tom Beckett. “Fenway Park will provide an incredible stage for one of college football’s most storied rivalries. This will be an experience our student-athletes, coaches, alumni, and fans will not soon forget.”

Fenway Park has a long history with football dating back to its opening in 1912. The ballpark was commonly transformed to the gridiron for high school and college football games throughout the early 20th Century and was home to the Boston Patriots from 1963-68.

In November 2015, football returned to Fenway Park for the first time since 1968 when Notre Dame hosted Boston College in their Shamrock Series game. The Harvard-Yale contest in 2018 will mark the second straight year that two Ivy League schools compete on the Fenway pitch. Serving as the opener of the 2017 Fenway Gridiron Series trilogy, Dartmouth beat Brown, 33-10, on November 10.

Kickoff time and ticket information will be announced at a later date. For further information fans can visit www.redsox.com/thegame.