At 41 Brady Is Still the Best, But For How Much Longer 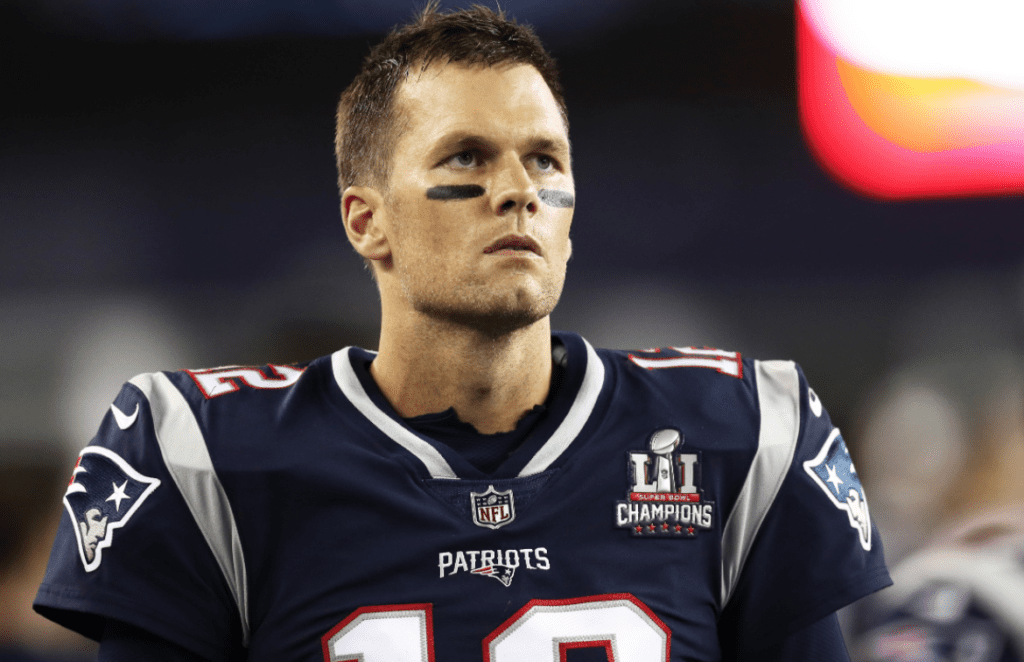 Today is Tom Brady’s 41st birthday. And the reigning NFL MVP, who had more success at age 40 than any quarterback in league history, now has his sights set on becoming the best 41-year-old signal caller the NFL has ever seen.

But the bar is set much lower — because the history of quarterbacks playing into their 40s in the NFL is dreary. In nearly 100 years of pro football, only three quarterbacks have started at least 10 games in a season after turning 41 — Brett Favre, Warren Moon, and Vinny Testaverde. And no one has ever led their team to the playoffs.

So while Brady (who recently hinted he wants to play till he’s 45) may believe he can keep playing for several more years, history suggests it’s going to be a significant challenge.

Most of the NFL’s most notable quarterbacks never made it to 40 in a uniform. Of the 26 modern-era quarterbacks in the Pro Football Hall of Fame, only two played after turning 41.

Favre, of course, was an outlier at age 40 along with Brady, but the wheels fell off for Favre following his near-MVP campaign in 2009. At age 41, Favre’s Vikings couldn’t replicate the magic from the year before, and started the season 5-8 before the Hall of Famers consecutive starts streak came to an end at an NFL record 297 games in December. Favre finished the season with more interceptions (19) than touchdowns (11) and the lowest passer rating of his career (69.9). The former Packers great wouldn’t play another down in the NFL with his body in decline.

That’s been the trend for the vast majority of quarterbacks. Turning 41 usually means time is running out. And making it that long is an accomplishment in itself.

The success stories are rare.

Hall of Famer Warren Moon has a mild one. He took over the Seahawks offense in 1997 at age 41 after an injury to starter John Friesz. Moon threw 25 touchdowns passes and for nearly 250 yards per game in 14 starts earning a trip to the Pro Bowl. The then Seahawks signal caller ranked eighth in Football Outsiders’ DYAR (Defense-adjusted Yards Above Replacement) metric and 11th in DVOA (Defense-adjusted Value Over Average), meaning a strong argument could be made that he was a top ten quarterback in 1997 despite his age. However, the Seahawks finished the season 8-8 (Moon was 7-7 as the starter) and missed the playoffs. The next year he got another chance as the starter, but Moon battled injuries and inconsistency and by midseason his career as a starter was over.

Testaverde got an unexpected shot as a starter with the Cowboys at age 41 in 2004 after Dallas cut Quincy Carter in training camp. But in 15 starts he threw more interceptions (20) than touchdowns (17), and the Cowboys won just six games.

So the trend among quarterbacks aged 41 or more is not pretty. Generally speaking, they hold a clipboard, or they make a brief appearance, and they burn out fast.

So you can see what Brady is up against. Going forward, if he produces anything similar to the level he’s performed at in recent seasons, it would be unprecedented.

Brady already re-wrote the history books last season, becoming the oldest player in NFL history to be named league MVP, lead the NFL in passing yards and become the oldest quarterback to start in the Super Bowl.

When the Patriots kick off the season on September 9th against the Texans, Brady will try to defy the odds once again.