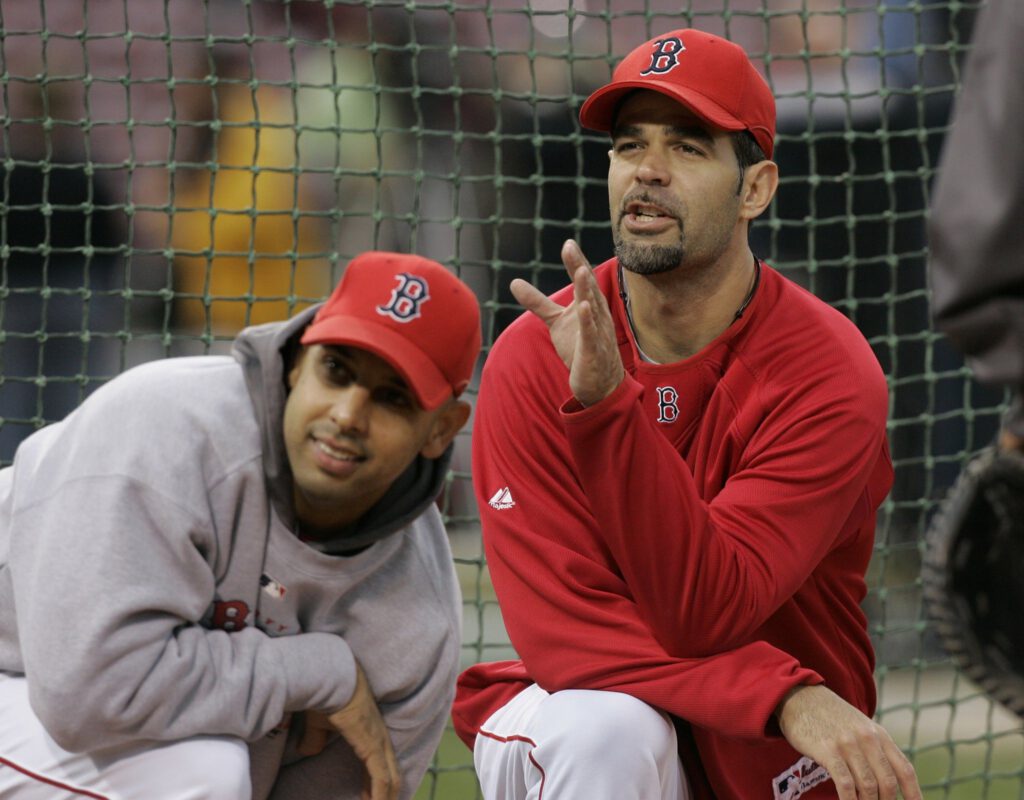 In the aftermath of the Houston Astros sign-stealing scandal that rocked the world of the MLB, claiming the jobs of three managers, the Red Sox now find themselves in what’s really an unprecedented situation–at least when it comes to this ownership.

Alex Cora was well-liked and well-regarded during his two years in Boston. And following what was an incredible 2018 championship season–that now is under investigation for their own sign-stealing controversy–seeing Cora exit stage left didn’t seem like a remote possibility.

His players in the clubhouse gravitated towards him, he appeared to have the respect of others around Major League Baseball, and he had a fiery passion and presence that matched the city of Boston’s own passion for the game of baseball.

Cora was a casualty in the MLB’s investigation into the 2017 Astros, and finding a suitable replacement is going to be a tall task for Chief Baseball Officer, Chaim Bloom, and Red Sox ownership. A task that’s certainly keeping Bloom on his toes in the infant stages of his new position with Boston.

There are names being thrown around who could fill the fresh hole co-created by Ken Rosenthal and Evan Drellich’s reporting.

Let’s get this one out of the way. Varitek–the current betting favorite–is an option that has been romanticized by Red Sox fans since John Farrell was fired following the 2017 season. Being a 15-year veteran of the Boston Red Sox, fans grew attached to “The Captain” and have been salivating at the mere thought of Tek leading the Red Sox in 2020 and beyond. And honestly, when his name arose ahead of the hiring of Alex Cora, I was against bringing him in based solely on the fact that he hadn’t really had much coaching experience in Major League Baseball.

There’s the old adage that catchers make the best managers simply because they are essentially player managers during their time on the field as the survey the entire diamond. But regardless, does that make him qualified to just take over a team?

But based on the way baseball’s now going, it’s time to hop off the “coaching experience” bandwagon. Everything in baseball is so analytical at this point that it sort of takes the thought out of the manager’s hands. But then, that also begs the question, would Varitek be willing to concede to the analytical side of the things? Or would he resort to old school baseball, crumple up the numbers and bury them under home plate? I think he would be a fine choice, and I think the Red Sox would like to hire him based on a few things.

He’s the kind of hire who would command immediate respect from his players. He’s still been around the team in some capacity as a special assistant. And among all, Red Sox ownership relishes over maintaining brilliant PR. That is always one of their top priorities, and hiring Jason Varitek would cause jubilation amongst the entire fanbase.

Sam Kennedy also had this to say when asked about the possibility of this hiring happening:

Sam Kennedy on whether Jason Varitek is a candidate for next #RedSox manager “our hope is that his role will continue to grow.” pic.twitter.com/zacnU9m2BT

Febles isn’t a candidate that is far fetched by any stretch of the imagination. Honestly, he’s probably a more realistic possibility than Varitek.

Febles has been around the Red Sox organization in a coaching capacity since 2007, making 2020 his 14th season with the franchise.

The current third base coach for Boston has had his fair share of managing experience within the Boston organization including the 2016 and 2017 seasons with the Double-A Portland Seadogs.

Something that has been understated during this hectic time inside the walls of Fenway Park is player relationships. That’s an area where Alex Cora excelled in. There’s little to no time left for the Red Sox to fill this gaping hole, so Febles has a leg up on some of the competition in that respect. In an ideal situation, Bloom’s going to want his manager to be set and as comfortable as possible within his role prior to the Red Sox Pitchers-Catchers report date of February 11th.

Febles is somebody who already has prior relationships constructed with the current members of the Red Sox roster and he’s someone who’s even seen a good chunk of those same players as they grew up through the farm system. He watched the way Cora worked hand in hand with a majority of the ballclub, and it would be ideal to hire somebody who’s seen what makes this collection of players work like a freshly oiled machine, firsthand.

Per Christopher Smith of MassLive.com, Febles is up for the challenge if the team were to be interested in hiring him.

“If you want to manage in the big leagues, this is the team that you want to do it, the Boston Red Sox. Not just because of the talent we have, but the organization and the fan base. You put all the perspective together, this is the perfect scenario for any manager to come in. Because this is a real special organization. An organization that they’re willing to win every year. Year in and year out.”

Mike Lowell is a name that I didn’t really expect to see being tossed around on social media. But why am I surprised by any candidate at this point? This is mainly because Lowell has absolutely no coaching experience following his retirement from Major League Baseball after the 2010 season.

Lowell really cemented his legacy with the Red Sox during the 2007 World Series where he earned MVP honors. The third baseman put on a show against the Colorado Rockies with a .400 batting average.

And while all of that’s great, the only reason why he’d be intriguing is because of his most recent comments regarding the speculation that he could be the next man up.

In a text sent to WEEI.com, Lowell had this to say.

“I would love to if I knew it was just for a year and Cora was guaranteed to come back”. But he also understands that this kind of scenario isn’t a guarantee.

We still aren’t sure of what the punishment is going to be for Cora as the MLB wraps up their investigation into the allegations made towards the 2018 Boston Red Sox.

But as previously mentioned, despite Cora being a key cog in one of the biggest cheating scandals that Major League Baseball’s ever seen, he was obviously thought of in a high-regard. There have even been reports that John Henry wanted to work to keep Cora, but the threat of the 2018 World Series title being vacated is what pushed the firing of their manager.

So if, hypothetically, Cora is only suspended for a season–even though it’ll likely be far longer–if Henry did see a possibility of re-hiring him once eligible, than Lowell is an interesting discussion to at least have.

Pérez is probably my favorite candidate on the docket.

Pérez was most recently a finalist for the New York Mets gig before it was inevitably given to Carlos Beltran–who, in typical Mets fashion, never even saw one game with the title.

He’s never managed a team before in the Majors, but he’s held varying coaching positions for several clubs over the years including, like Cora, the Houston Astros bench coach role during the 2013 season.

The former Puerto Rico Baseball League “Manager of the Year” is described as “universally liked” according to Boston.com. They also go on to say, “Perez has a natural way of relating to people, which would certainly help him as a manager. And his baseball intellect is well known.”

The most important intangible that a manager can have at this stage in Major League Baseball is relatability coupled with the ability to build positive relationships with their players. With his strong rapport among peers and his baseball intellect, he’d be a strong candidate to fill the vacancy. And, as a bonus, his Spanish-speaking background will also make it easier for him to work with and construct relationships with core members of the Red Sox roster like Dominican Republic native, Rafael Devers.

Roenicke has a few things working in his favor that should make him the most likely to be named Red Sox Manager. Despite being Cora’s bench coach, giving him that same firsthand knowledge of watching how Cora would work with his players, Roenicke has his own Major League managerial experience.

From 2011 through the start of 2015, he spent his time as the Milwaukee Brewers manager where he saw some success in year one, bringing the club to the NLCS.

When discussing the possibility of being Cora’s replacement, the veteran coach had this to say, per the Boston Globe.

“We’ll see what happens with that. I enjoyed it. It’s hard to think about things when it’s so recent what happened to him. I’m always content in my role. Coaching is fun. It’s a fun job. Managing is challenging. I enjoy it, I love the challenge of it. I wasn’t really thinking about it, but my phone lit up every day.”

He’s the most simple and painless solution for the Red Sox if they want to make a smooth transition into 2020. Already having relationships with the players is key, but his prior experience as a manager and knowledge of the way the Red Sox do things would be pivotal as spring training comes barreling at us.

Most of these names are internal candidates. That’s because with such little time remaining until the season starts rolling, it makes the most sense to just move up a familiar face who already has a feel for things.