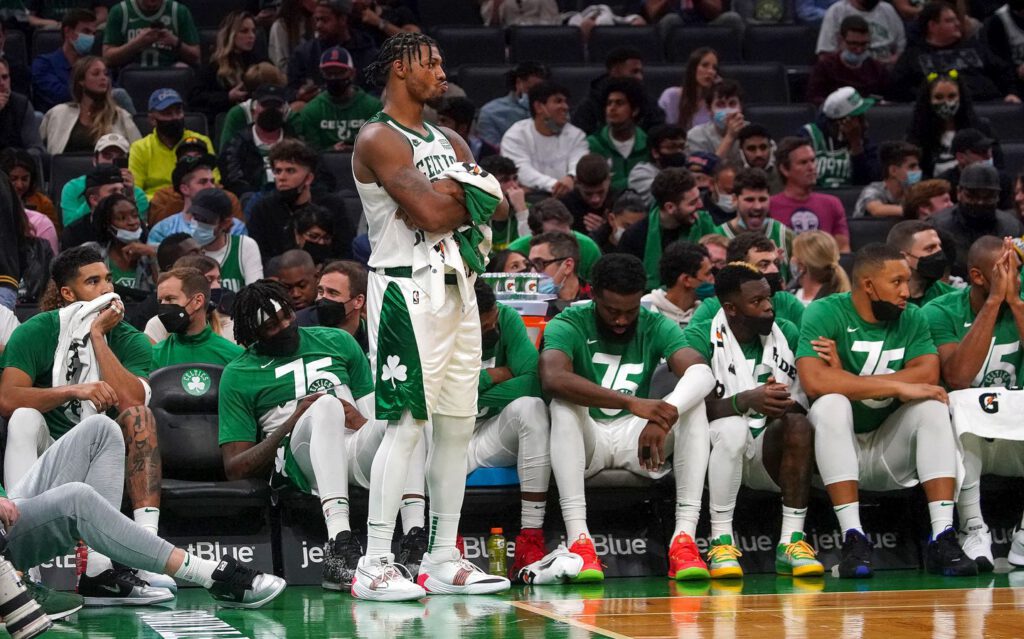 Head Coach Ime Udoka said the team effort was not enough. He addressed what it felt like to hear home crowd boos in his first game as Head Coach at TD Garden.

“They know the passion of the crowd. … we take that, embrace it and use it as fuel. We deserved it the way we played.” Udoka added “I told the group that was as ugly as it could get. I told them one thing I can’t stand is to get punked. We got punked out there. They played harder than us. I told them to use the crowd’s boos as motivation.”

Jayson Tatum said he thought the Raptors “turned the intensity up in that second half. It was a four point game at halftime. I think they moved the ball a little bit better than we did. They just had a little bit more pep in their step in the second half.”

Al Horford on the effort issues against Raptors: “It’s something we need to address and we will.”

Josh Richardson on the Celtics fans booing them in their home opener.

“The people in Boston know basketball. They were being honest.”