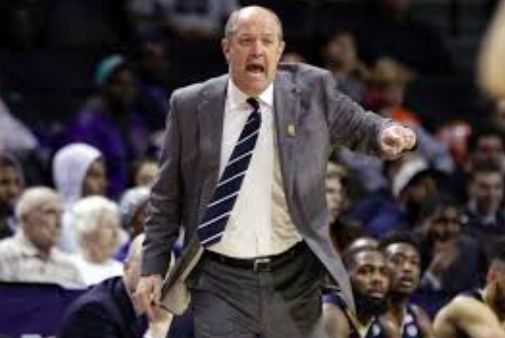 Jared Wilson-Frame told his teammates all game through occasional huddles to keep fighting. When he noticed boxouts Pittsburgh missed, or other fine details, he called them out. Despite 18 straight losses entering Tuesday, the Panthers put up a fight as double-digit underdogs.

Then Khameron Davis saw it. As Matt Farrell dribbled on the sideline, he lost control and Davis’ eyes shot wide open. “Ayo,” he yelled, and seconds later Pittsburgh had the ball with one minute remaining down three. They’d reach closer to victory than they’d been through the entire ACC season.

Once again, it was ripped away, and Pitt fell to a forever-infamous 0-19 in conference to end its year.

Brey called ND’s injury status through much of the season a “crisis situation.” Against 0-18 Pittsburgh, his team would face one more to kick off its ACC Tournament run.

The Panthers outscored the Fighting Irish in the second half 40-31, but Wilson-Frame missed a potentially game-tying three with 1:18 remaining that coach Kevin Stallings later called a bad set.

Pittsburgh’s feat isn’t unprecedented, TCU and Boston College posted winless seasons in their conference play this decade as well, but the loss had Stallings answering three questions about his job security.

Prior to Tuesday, Stallings’ squad hadn’t come closer than losing five points in any of their losses. His frustration spilled over as Farrell almost gave his team another chance with a missed three, but Bonzie Colson grabbed a rebound over Marcus Carr that he believed was over the back. Instead Colson went to the line and hit two of his nine he’d sink in the game in a 19 point, six rebound effort.

“The foot is healed,” he said. “It’s fine. I did everything I can through the time I was hurt to get it ready as soon as possible. And it feels good to be back out there, and feeling good. And today we knew it was going to be a grind. We knew it was going to come down to game situations, and we’ve been through a lot of those this year. It’s good to get that first win.”

Brey declared Notre Dame entering the double-bonus with 11:30 remaining in the second half as the reason they won. It allowed the Irish to attempt 31 free throws to Pitt’s 11, and shoot the bear minimum necessary (34 percent) to squeeze out a victory.

At one point late in the game, a look up at the scoreboard displayed ND with a 36-35 efficiency advantage. Every effort Pittsburgh made was undermined by the bonus and it allowed ND to lean on free throws over closing the game on the floor.

“I’m not concerned,” Brey said. “I think these guys needed to play here, and this group — again, the starting group, because Bonz had been out, hadn’t played as much together. I think it helps them that they get to play together.”

Stallings shared a similar sentiment about his job. He faced three questions about his job status and responded that it’s outside of his control and that he doesn’t feel the need to press his vision to his bosses.

He spent the final minutes of the game unloading on the referees, shouting one’s name multiple times across the court and declaring a series of calls “stupid.” Inconsistencies, he said, through the key moments of the game including poorly-chosen fouls and a bad final shot cost them this and other games.

“We just learned a lot of things this year,” Wilson-Frame said. “Just learned multiple situations. It being my first year, along with a lot of the young guys, our first year playing at this level, you learn a lot of new things. Things that you think you knew might seem a little different when you watch it from home. So I think things like that are a lot of things we picked up, and I think going forward and looking back on this season, it’ll just be something to build on, a learning experience.”

Notre Dame moves on to play Virginia Tech. While dealing with multiple injuries, Brey’s squad still finished around top-ten in the conference. Their resume isn’t great and a win over an 0-19 team won’t boost it, but injuries are considered by the selection committee and for now the Irish can keep playing.

The change of scenery is welcome to stay for Colson and Farrell, who said they were enjoying a trip away from South Bend.

“These guys are killing my recruiting,” Brey said to laughter.

Kadlick: Matt Corral Is Going to Be a Franchise Quarterback in the NFL For Years to Come