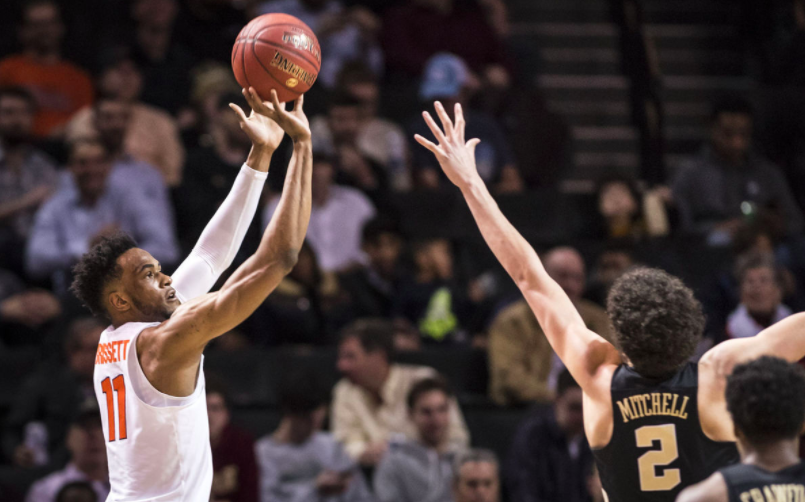 Frank Howard and Tyus Battle declined to comment on Syracuse’s impending and wildly intriguing case to make the NCAA Tournament on Sunday. Jim Boeheim, as he has all year, did.

“We had a great strength of schedule this year, much better than last year,” he said. “We didn’t win on the road last year; we won on the road this year. So we’ve done some good things. There’s a lot of teams that look good. It’s just one of those things that’s going to be tough decisions. The committee is just going to — they’re going to make whatever decision they make, and we’re just going to try to play the best we can. And I think we’ve got a good basketball team, and I think we can compete, and we’ve proven that we can compete with anybody.”

He added that road wins over Louisville and Miami give the Orange a boost over last year, when their three “monster” wins were all at the Carrier Dome.

That’s true, and SU ranks higher in almost every imaginable category the committee could use to decide their standing on Sunday. But the decision’s close and as always minuscule differences dictate the last four in and out.

On Wednesday the Orange will get a crack at North Carolina, who they narrowly lost to at home several weeks back in nationally-televised thriller. They tip-off at 9 p.m. and a win would likely lock Cuse in with four wins against the nation’s top quartile of teams.

But if they lose? That’s a harder story. A group that’s suffered injuries, has fought through massive amounts of minutes for its starters and watched a rotation guard walk away weeks into the season after its center transferred to end last year, all after Tyler Lydon left for the draft. It’s miraculous SU has come this far, making them the story of day one at the tourney for their first ACC Tournament win ever, but that doesn’t punch a ticket to March.

Alongside the Daily Orange’s beat writers, Sam Fortier and Joe Bloss, we hit on what’s worked for Cuse and what needs to happen for them to play in the big tourney.