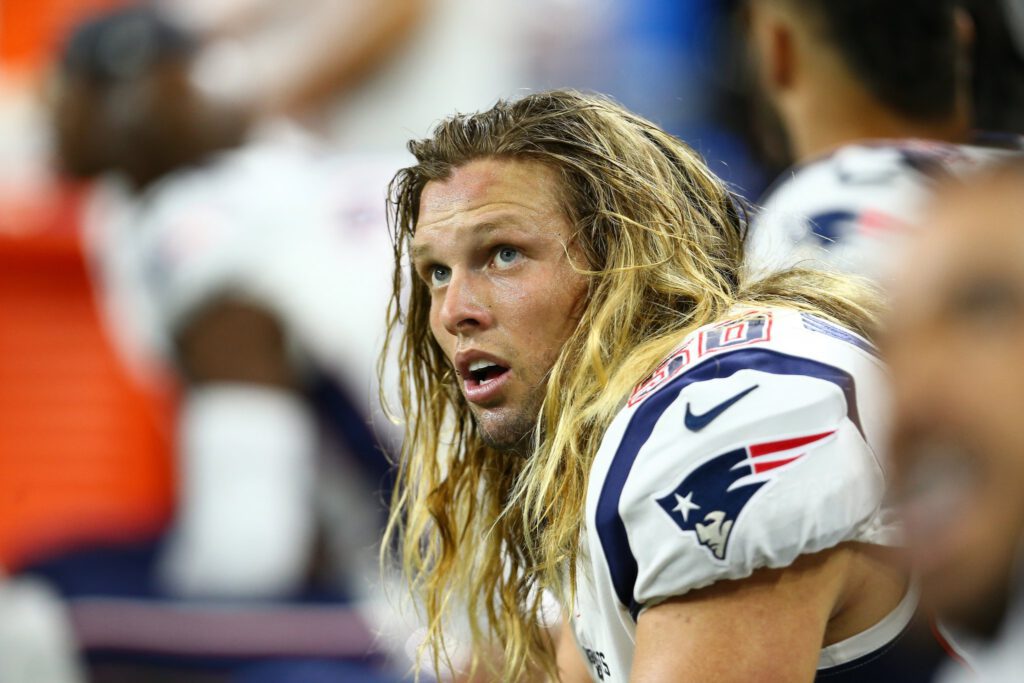 After lighting up the Lions secondary last week, backup quarterbacks Brian Hoyer and Jarrett Stidham weren’t quite as sharp on Saturday night against the Titans.

Hoyer, in particular, struggled with only one completion of over ten air yards and an interception that he was at least partially to blame for on a pass intended for Braxton Berrios.

The veteran did come back to complete a 16-yard strike to Jakobi Meyers on a corner route, his best throw of the day.

On the play, the Patriots ran a post-corner combination with Braxton Berrios running a post pattern from the slot and Meyers on the flag route from a reduced split. Hoyer reads the safety rotation as a two-high coverage, and when the left safety creeps inside, he immediately releases the ball to a wide-open Meyers.

As for Stidham, he completed four passes of ten-plus yards in the air, including a 23-yard game-winning touchdown throw to Damoun Patterson.

An interesting note on Stidham: in his first two preseason games the rookie has been extremely effective off of play-action passes.

Stidham’s 147 yards on 12 play-action attempts leads the NFL in the preseason, averaging over 12 yards per attempt on those throws. His big arm and mobility make Stidham dangerous working under center on play-action designs, which fits the Patriots’ scheme nicely.

In the time to throw department, Stidham got the ball out much faster this week at 2.69 seconds compared to 3.02 against the Lions. Hoyer’s time to throw was much slower at 2.79 seconds.

Yes, the rookie had three interceptable passes, a reminder that he’s still young, but there were plenty of positive takeaways as well.

Patriots offensive line coach Dante Scarnnecia will have some work to do after his group took a step back after a terrific performance in Detroit.

On Saturday, Hoyer and Stidham were under pressure on 38.7 percent of their drop-backs, and Hoyer was under pressure four times after facing zero heat against the Lions.

Although the pressure rate increased overall, it was a successful debut for starting left tackle Isaiah Wynn.

In his first game action in almost a year, Wynn did not allow a single pressure in nine pass-blocking reps.

Wynn’s grip strength and hand usage were on full display as he shut down multiple Tennessee pass rushers by locking them up with his mitts. Once Wynn gets his hands on you, good luck.

As the play here shows, he fires those hands quickly, landing punch after punch inside the frame of the defender to control the point of attack. Since he’s on the smaller side, Wynn takes an aggressive approach to pass protection, which is music to Dante Scarnnecia’s ears. Scar is a big proponent of the philosophy that pass protection is not passive.

On the other side, the Patriots experimented with backup Dan Skipper at both left and right tackle against the Titans.

Skipper logged 33 snaps at left tackle and 19 snaps at right tackle. He was shaky in pass protection allowing a team-high three pressures but held up okay in the running game.

Skipper’s best chance to make the roster now that Wynn is healthy is as a swing tackle.

Once again, it was a dominant performance by undrafted rookie Jakobi Meyers out of the slot.

Meyers has excellent versatility as an inside-outside threat running 55.6 percent of his routes out of the slot, and his route releases from inside stole the show for the Patriots offense.

The most common release that you saw from Meyers against the Titans is a three-step release where he either uses a quick break or a hesitation move at the top of the route. The suddenness in his movements gets defensive backs off-balance, and he does an excellent job of closing down space with those quick steps off the line of scrimmage.

The rookie from NC State is no longer a nice training camp story; he’s going to contribute this season.

As you might expect on initial viewing, rookie Chase Winovich put together a dominant performance with a team-high eight quarterback disruptions and three run stops.

Winovch’s ability to turn the corner makes him a nightmare for opposing offensive tackles, as does his high motor, but it’s his quick processing that stood out to me.

On his sack, Winovich’s punching bag, Titans backup tackle Tyler Marz, takes a deep set at the snap to protect against Winovich’s speed rush. Winovich goes to his speed rush at first, but then reads Marz’s set and locates quarterback Ryan Tannehill in the pocket. The Pats rookie then slams on the breaks and climbs the pocket to take down Tannehill.

We saw his quick reactions again on Winovich’s first tackle for loss. This time, the running play is coming right at him, and the fullback tries to cut block him at the point of attack. Winovich recognizes the low back, sidesteps the fullback, and swallows the running back.

The Patriots defense pressured the Titans quarterbacks on 50 percent of their drop-backs thanks to Winovich, fellow rookie Byron Cowart and Deatrich Wise.

Cowart, a fifth-round pick out of Maryland, is playing his way onto the 53-man roster.

But don’t be surprised if he comes down with a mysterious injury and lands on injured reserve.

In the secondary, the Patriots allowed two touchdowns through the air but held the Titans trio of quarterbacks to only 6.6 yards per attempt.

On the positive side of things, rookie Joejuan Williams had two impressive pass breakups covering Tennessee’s top wide receiver in Corey Davis (more on that tomorrow).

And veteran safety Terrence Brooks showed us why he’s getting first-team reps on defense at practice.

Last season with the Jets, Brooks only played 69 snaps on defense for New York, serving as a core special teamer.

However, he’s making impressive plays in games as a hybrid defender.

Brooks helped break up a pass as a single-high deep safety coming over the top of a deep ball from Ryan Tannehill, and got his hands on the ball as a hook/zone defender in the slot.

With Brooks’s rise, it means someone else has to fall, and that’s third-year safety Obi Melifonwu.

Melifonwu allowed a touchdown pass from Marcus Mariota to Delanie Walker. The Patriots were in cover-2 man structure, and Melifonwu got beat to the inside by Walker. Walker releases at an angle towards the outside, usually an indication that he’s going to cut inside, but Melifonwu takes too long to react.

Melifonwu has the athleticism to play safety in the NFL, but he’s a slow processor as a zone defender.