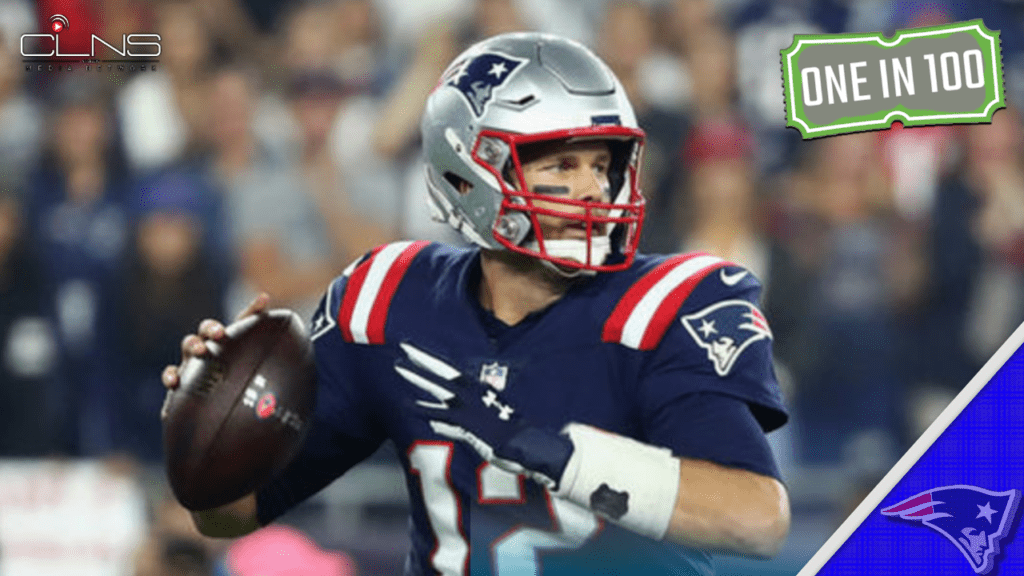 Below are a variety of advanced stats from the Patriots’ 38-24 win over the Colts on Thursday night.

Patriots quarterback Tom Brady found a rhythm against the Colts thanks to the return of one of his favorite targets, wide receiver Julian Edelman.

Edelman’s return sparked a renaissance for the middle of the field, as Brady completed ten passes for 77 yards in the short middle area, which is where we are accustomed to seeing Brady pick apart defenses.

However, where we saw Brady return to form was his performance under pressure against the Colts.

In the previous four games, Brady’s 37.5 completion percentage while under pressure was the fourth-worst in the NFL among quarterbacks that have played at least 50 percent of their team’s snaps.

The future Hall of Famer was among rookie Josh Allen, Tyrod Taylor, and Dak Prescott as the league’s worst in that category, and it wasn’t all his receivers fault either.

On Thursday night, Brady was 9-11 (81.8 percent) for 115 yards, one touchdown and a 140.4 rating as he returned to his MVP form in one of the most critical aspects of the game for a quarterback.

Brady was one of the most efficient passers in the league under pressure last season, and with a fully stocked arsenal of receivers, he was stellar once again while under duress.

In the time to throw department, Brady held onto the football a bit longer against the Colts than he has in previous weeks, coming in at 2.41 seconds.

That brought his season average to a still-blistering 2.38 seconds.

The Colts entered last night’s contest with 17 sacks, but didn’t sack Brady once and only hit him three times, and some of those hits came late in the down.

Starting left tackle Trent Brown had a bounce-back performance after he had some difficulty with Dolphins pass rusher Robert Quinn last week.

Brown allowed only three pressures in pass protection spending most of the day blocking veteran defensive end Denico Autry and impressive rookie Kemoko Turay. Brown’s footwork isn’t always perfect, he can lose his feet on his pass set at times, and that causes him to have difficulties with speed, but his shuffling ability and long arms allow him to stay competitive in most situations.

Along with Brown, right guard Shaq Mason had arguably his best game of the 2018 season on Thursday. Mason didn’t allow a single pressure in pass protection and was seen helping others maintain their blocks on many occasions. However, as you’d expect from Mason, his run blocking once again was terrific.

On Sony Michel’s 34-yard touchdown run, the Patriots’ offensive line as a whole put on a run blocking clinic to spring the Pats rookie. Left tackle Trent Brown and left guard Joe Thuney flawlessly execute a double-team block on Colts defensive lineman Margus Hunt, Brown then climbs to the linebacker once Thuney has Hunt under control, Mason pulls through the hole to meet linebacker Najee Good, and all Sony has to do is make the safety miss in the open field. This is a tutorial on how to execute the counter handoff.

The Patriots offensive line struggled in a tough matchup against Jacksonville, and didn’t play up to their potential against Detroit, but have now delivered in two straight weeks.

Patriots wide receiver Julian Edelman is back, and so is his production from inside the numbers.

Plus, Edelman would’ve had another monster catch from inside the formation if he hadn’t dropped a perfect pass from Tom Brady on the Patriots’ second drive of the game.

It’s no coincidence that Brady’s performance improved dramatically upon Edelman’s return to the slot for the Patriots.

Patriots free-agent acquisition Adrian Clayborn had his best performance of the season tallying six quarterback hurries and a run stop against the Colts on Thursday night.

Clayborn provided the pressure on Colts quarterback Andrew Luck that led to Patrick Chung’s interception, and on top of his six pressures, drew a holding call on a well-executed bull rush.

The Patriots’ coaching staff rewarded Clayborn’s performance as he played a season-high 44 snaps on defense.

Along with Clayborn, Thursday night was another strong performance for linebacker Kyle Van Noy.

Van Noy harassed Dolphins quarterback Ryan Tannehill at will last week, but this week it was his performance in the run game that stood out. Van Noy led the team with six run stops, and his position switch to on-the-ball weakside linebacker has led to a lot more opportunities for Van Noy to make plays the line of scrimmage.

Against Indy, Van Noy did a terrific job of chasing the Colts’ running backs down from behind working his way down the line of scrimmage, and he continues to impress in his new role.

Finally, I want to give a little love to Patriots defensive tackle Adam Butler, who is starting to become one of the teams most disruptive players in the front seven. Butler has improved against the run and has always been a solid interior pass rusher.

And now, you can see Butler’s instincts starting to improve as well. This was a tremendous read to sniff out the screen pass to running back Nyheim Hines, and Butler finishes the play with the tackle for loss. Butler continues to improve every week.

Let’s start with the positives; the Patriots might have found themselves a formidable outside cornerback tandem in veterans Stephon Gilmore and Jason McCourty.

Over the last two weeks, Gilmore and McCourty have combined to allow a completion percentage of only 39.1 percent into their coverage to go along with a stingy 89 receiving yards and a 50.8 passer rating.

Plus, the two Pats corners are also getting their hands on the football as they’ve accumulated five pass breakups over the last two weeks as well.

I asked Patriots defensive play-caller Brian Flores about his starting cornerback duo, and he echoed the same sentiment that Gilmore and McCourty had in the post-game locker room after Thursday night’s win.

“There’s a lot of experience in that group. We can come to the sideline and change a matchup, change how we want to play a bunch formation,” Flores said. “We can do a multitude of things with that group because they’re so experienced and because they work well together.”

“It’s comforting for me to be able just to walk over and say, ‘Hey, look, we need to make this adjustment.’ And just talk it through for a couple of minutes, and they’ve got it.”

The experience and their willingness to work together both in the film room and on the field has paid significant dividends for the Patriots’ secondary this season.

On the negative side of things, it was a tough night for Patriots safety Devin McCourty, who allowed a team-high 98 yards into his coverage and two touchdowns.

McCourty was tasked with covering Colts tight end Eric Ebron for most of the second half, as the Pats put safety Patrick Chung on receiving back Nyheim Hines.

On Ebron’s 14-yard touchdown catch in the third quarter, McCourty was in man coverage on Ebron in the red zone. McCourty had inside leverage on the play, and Ebron did an excellent job of reading McCourty’s positioning and broke his route toward the corner of the end zone. That’s a difficult coverage assignment for McCourty against a skilled tight end, but a play has to be made in that spot to avoid the touchdown nonetheless.

The Patriots defense allowed 298 yards in the second half, mainly through the air, and will need to iron out their coverage on tight ends before Travis Kelce and the Chiefs come to town in Week 6.