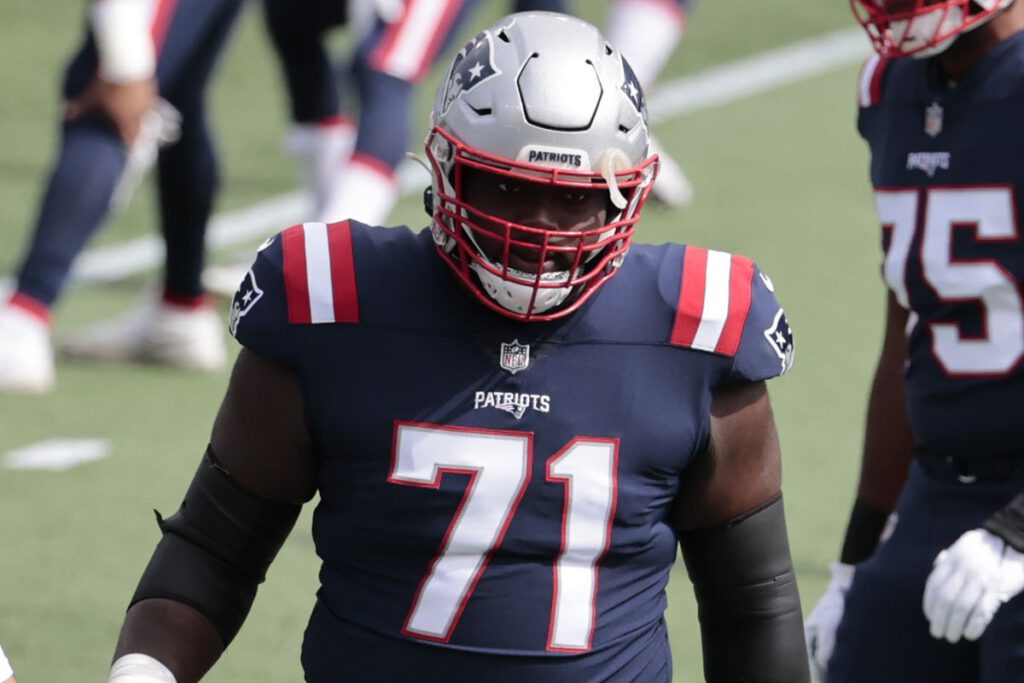 Below are various advanced stats from the Patriots’ 7-9 campaign in the 2020 season.

If you don’t want quarterback Cam Newton to return next season, that’s a reasonable take and one we share as well if an upgrade is available.

Newton finished the season 30th in QBR, 29th in completion percentage over expected (-1.5), and 24th in Pro Football Focus passing grade out of 35 qualified quarterbacks.

Although Newton struggled, those that still believe he has good football in him should consider how Cam’s 2020 season compares to Tom Brady’s 2019 campaign with New England.

Brady’s traditional box-score stats pale in comparison to Newton’s this season, and nobody is arguing that Cam is on Brady’s level. However, it’s worth noting that both quarterbacks struggled with limited supporting casts in their most recent seasons with the team.

In 2019, Brady was 28th in completion percentage over expected and 22nd in on-target rate. In fact, Brady’s CPOE last season was worse than Newton’s this season.

Again, Brady’s numbers were better than Newton’s, but whether it’s Cam or another quarterback in 2021, both former MVPs had subpar seasons by their standards in the Patriots’ offense.

The Patriots need to upgrade their passing attack in every way possible, including quarterback, but whoever is under center in the future will struggle if they don’t bring in better pass-catchers.

Although the line wasn’t as sharp at times, a large portion of New England’s statistical decline in pass protection was on the quarterback. Newton (2.70 secs) held the ball longer than Brady (2.58), and there was a learning curve for Cam in setting the protection properly.

Rookie right tackle Michael Onwenu had a stellar first season in pass protection. He finished tied for third in quarterback pressures allowed (13) and tied for fifth in pass-blocking efficiency.

As for impending free agent Joe Thuney, the Pats’ franchise-tagged guard had a nearly identical year as his 2019 season in pass protection, which is to say he was excellent once again.

Thuney finished the season with fewer allowed quarterback pressures (16) than last season (17), with the lone setback being an extra sack allowed with a grand total of two in 2020.

The Patriots have a big decision to make with Thuney, who is undoubtedly a fantastic player. Still, Onwenu’s emergence and potential at guard could make it easier to move on from Thuney.

New England’s pass-catchers did not grade out favorably in receiver separation this season.

Now it’s important to note that many of the league’s top pass-catchers do not perform well in the separation metrics. For instance, free-agent wideout Allen Robinson (2.3) and everyone’s second-guess from the 2019 draft, A.J. Brown (2.4), were both lower than Byrd and Harry.

The lack of production speaks more to the quarterback not throwing into tight windows and the receivers’ inability to gain the QB’s trust on contested catches.

Newton ranked 29th out of 35 qualified passers in percentage of throws into tight windows, which speaks to the scheme and the other things mentioned above.

The quarterbacks throwing to Robinson and Brown, despite the separation stats, have no issues creating big plays to receivers that aren’t necessarily “open” by the metrics’ standards.

Although New England had one of the lowest sack rates in the NFL this season, disrupting opposing quarterbacks wasn’t a problem for the Patriots in 2020.

Converting those pressures into sacks is important, though, as the team finished fifth in pressure rate (26.3%) but were 25th in sack percentage (4.63). Not good enough.

Furthermore, New England’s blitz schemes went cold, with them generating pressure on only 35% of their blitzes, which ranked 27th in the NFL this season.

From this perspective, the lack of continuity and experience in the front seven is why the Pats’ typically successful blitzes weren’t as fruitful this year.

New England’s pass rush was a mixed bag, but some individuals stood out.

Out of 126 edge defenders, Chase Winovich finished tied for 12th in pass-rush win rate (17.5%) and had a team-high 47 quarterback pressures.

Along with Winovich, rookie Josh Uche posted an impressive pass-rush win rate of 22.2%, which would’ve been third at his position if he had just one more pass-rush snap (99 snaps).

Lastly, Deatrich Wise, an impending free agent, was fifth among interior defensive linemen in win rate this season (17.8). Wise might be more of a passing downs player than an every-down contributor, but he’s consistently one of the most disruptive pass rushers on a per snap basis.

Bill Belichick will have some decisions to make with Wise, Adam Butler, and Lawrence Guy all set to hit free agency this offseason.

Another area the Patriots defense declined this season was in coverage, which also relates to the pass rush, but ultimately finished 14th in PFF coverage grade in 2020.

In a dominant 2019 season, the Pats were second in coverage grade and led the league in touchdown-to-interception ratio. The regression was inevitable, so it’s not a major surprise.

Leading the way for New England’s secondary this season was cornerback JC Jackson. Jackson finished with the second-most interceptions in the NFL (9) and was sixth in passer rating into his coverage among cornerbacks (62.7).

However, Belichick will have a major decision to make this offseason with reigning Defensive Player of the Year, Stephon Gilmore, potentially leaving New England via trade.

After a slow start to the season, Gilmore didn’t allow a touchdown in his final seven games and allowed fewer than 61 yards into his coverage in that span.

Although Gilmore wasn’t as dominant as he was in 2019, his impact on the rest of the secondary, especially Jackson, is apparent.

In all likelihood, Jackson would improve as the number one corner going up against the opponent’s top pass-catchers with more experience.

Still, Gilmore’s presence in the secondary made Jackson a better player and made his production better, which Belichick has to consider when contemplating Gilmore’s future.