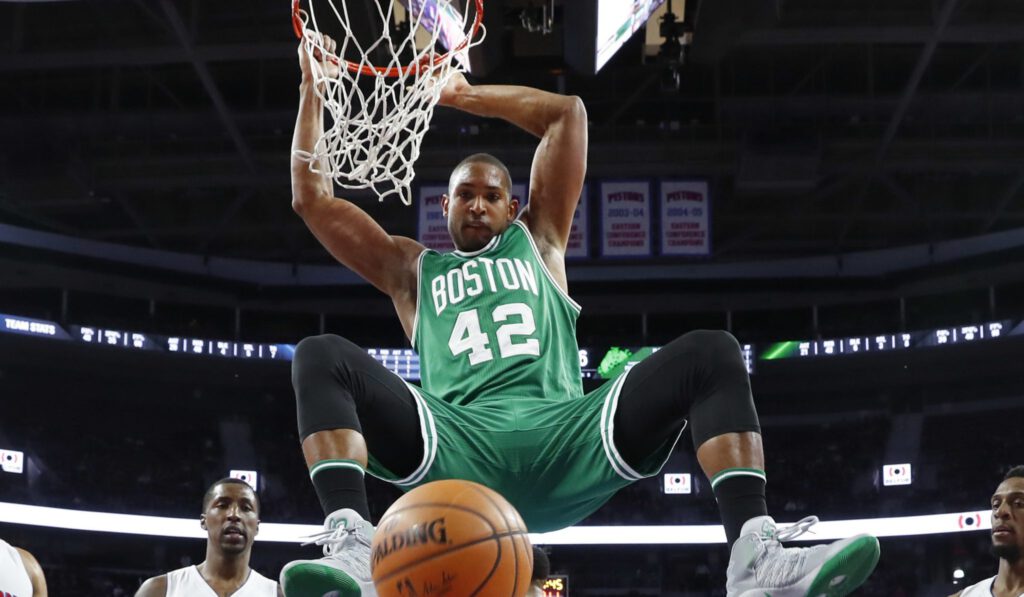 In an exclusive interview with his sister Anna Horford, host of CLNS Media’s Horford Happy Hour, Celtics fans had the opportunity to ask All-Star big man Al Horford anything they wanted to via Twitter in her special #AskAl episode.

Horford answered an array of questions, including parts of his game he is currently looking to improve on at this stage of his career. Horford, who added 3-point shooting to his arsenal a few seasons ago while with the Hawks, said the outside touch has changed his offensive approach to the game a bit, whereas before he would look to drive the ball to the rim rather than settle for an outside shot.

Horford says he’s looking to revert to his old ways of attacking the hoop more often rather than settling for jumpers.

“For me, being able to drive to the basket more, penetrate, attack; put pressure on the rim is something that is the next progression,” Horford said. “I think that when I started shooting the 3-ball I was getting a lot of “Go ahead and shoot it, go ahead and shoot it!” but now that I’m able to shoot it, it’s a part of my game that I haven’t really done much of and that I feel like I can be very good at.

“It’s something that — I’ve already been working on and I just hope to become better at that aspect of the game; driving the ball to the basket.”

Without question, Horford’s offense has struggled since the All-Star break. He entered Monday night’s game against the Bulls averaging 7.2 points while shooting 30 percent from the floor since the break but returned to form against the Bulls, where he posted his season average of 13 points and 7 rebounds.

In doing so, Horford went 6-of-8 from the floor, connecting on one attempt from behind the arc. However, the rest of his shots came from inside the arc and in the post — where he’s making an effort of seeking high-percentage shots.

While admitting that 3-point shooting is a part of his offense that he wish he developed earlier in his career, Horford is always looking to become a better player. At 31, the veteran big man’s ambition is to win a title — a continuous battle that drives him throughout the course of a grueling NBA regular season.

“I really just want to be the best player I can and I want to be able to win an NBA championship — that’s one of the goals that I have,” Horford replied when asked what keeps him focused throughout the season. “Just thinking about that, that’s one of the things — it’s not the only thing that drives me but it’s something that really motivates me. [It’s] one of the things that I keep in perspective and I’m always looking that way. Things that I can do to be better, it’s about the process.

“The game changes a lot and you have to be able to change with it and it’s an ongoing process. You can never be satisfied or stay the same so I always just try to keep pushing and push my limits and see where I can get to.”

Click the player below to listen to Anna Horford’s #AskAl interview in its entirety to find out more on what Al had to say about his basketball career, including his college years at Florida, where he won back-to-back national titles, which music artists he loves to listen to and what influenced him to become a basketball player as a kid.