Alex Cora Out as Red Sox Manager Amid Sign-Stealing Allegations 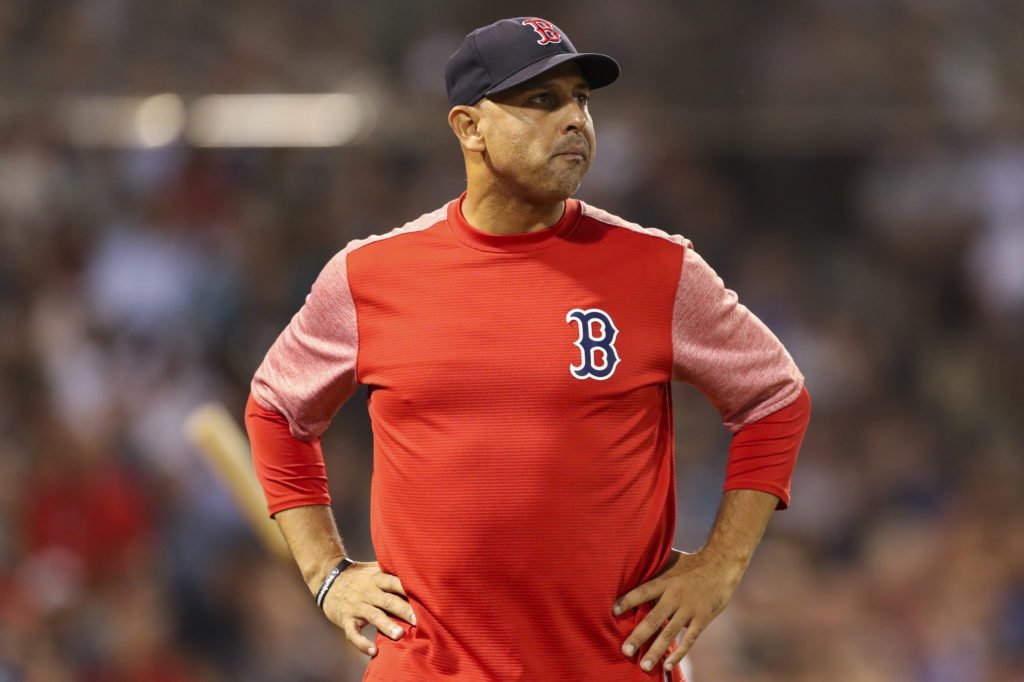 Following multiple bombshell reports by Ken Rosenthal and Evan Drellich of The Athletic, the Boston Red Sox have elected to fire manager Alex Cora amid the ongoing sign-stealing controversy on Tuesday night.

The long-awaited punishments were handed down by Commissioner Rob Manfred and the MLB on Monday to the Houston Astros. Those punishments included the year-long suspensions of both manager AJ Hinch and General Manager Jeff Luhnow, the maximum fine allowed of $5 million against the ballclub, and the removal of the team’s first and second-round draft picks in both the 2020 and 2021 drafts.

According to the findings, detailed in the report, it became apparent to Major League Baseball that current Red Sox manager Alex Cora–who was then the bench coach for the 2017 Astros–was the “mastermind” behind the sign-stealing scheme that was implemented throughout the 2017 regular season and postseason.

The MLB’s investigation stated that sources had explained to them that the scheme used was mostly player drive, with Alex Cora being the lone exception.

The scheme, laid out by MLB’s investigators, that names Alex Cora: pic.twitter.com/ymBK81FW7x

Cora was hired by Boston to manage the team ahead of the 2018 season which also resulted in a World Series title.

The ballclub that season went on to set a franchise record for wins with 108 through the regular season. They then went on to go toe to toe with two league juggernauts in the New York Yankees and Houston Astros. In both series’, the Red Sox lost just one game.

With the recent allegations against the Red Sox, also from a detailed report courtesy of Ken Rosenthal and Evan Drellich of The Athletic, Alex Cora was expected to be handed a punishment even harsher than what Hinch had received.

The Red Sox have been accused of utilizing the video replay room, located just steps away from the dugout, to help decode signs which were then delivered to the batter when there was a man on second base.

In a statement made by the Red Sox, the team says it was a collective decision:

“Today we met to discuss the Commissioner’s report related to the Houston Astros investigation.  Given the findings and the Commissioner’s ruling, we collectively decided that it would not be possible for Alex to effectively lead the club going forward and we mutually agreed to part ways.”

“This is a sad day for us. Alex is a special person and a beloved member of the Red Sox. We are grateful for his impact on our franchise. We will miss his passion, his energy and his significant contributions to the communities of New England and Puerto Rico.”

“I want to thank John, Tom, Sam, the players, our coaching staff and the entire Red Sox organization.  I especially want to thank my family for their love and support.

“We agreed today that parting ways was the best thing for the organization. I do not want to be a distraction to the Red Sox as they move forward.  My two years as manager were the best years of my life. It was an honor to manage these teams and help bring a World Series Championship back to Boston. I will forever be indebted to the organization and the fans who supported me as a player, a manager and in my efforts to help Puerto Rico. This is a special place. There is nothing like it in all of baseball, and I will miss it dearly.”

There is speculation that the team’s current bench coach, Ron Roenicke, could take over the role as manager with spring training quickly approaching. Roenicke has previous manager experience with the Milwaukee Brewers.