All Hope Is Suddenly Not Lost For The 2020 Red Sox 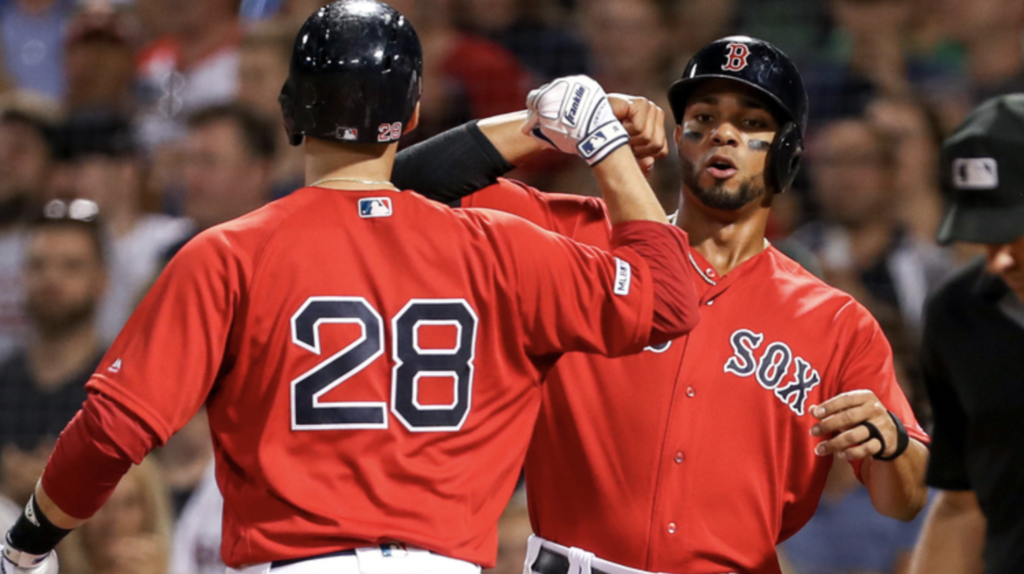 The Red Sox still may not make the postseason when it begins in early October. But the bizarre, surreal reality that is the 2020 sports landscape – and the world in general – may have just thrown them a lifeline.

As the season begins against the Orioles, the Red Sox are considered by many, and their own manager, as a team that can mash with the best of them but may have trouble defining exactly what their rotation is beyond the top three. Nate Eovaldi, Martin Perez and Ryan Weber are your top three starters to open 2020.

And their bullpen past Brandon Workman and Matt Barnes is full of question marks.

“Obviously, we have the three guys with Nate and Martin and Weber that we felt good about it,” manager Ron Roenicke said. “Now, what do we do with the starter for 4 and 5?

“Really, the rest of the (rotation), we haven’t decided for sure how we’re going to do it because it depends on the matchups and who’s being used so I can’t tell you that, you know, a certain name is going to be the open or certain name is going to be the guy that comes in for them because it really depends on what happens these first three games. We know what we would like to do, and we have a plan for that. But if the games don’t go so well in the first three, we may have to use players that we had planned to go four and five and so that’s going to continue to change all the time. But we’re confident we’re confident with the group that we put together.”

This does not sound like a team that is built for October, or even getting there.

But alas hours before the season opened on Thursday, the players union signed off on an expanded playoff plan that will add three teams from each league to the playoff pool. Instead of five teams from each league making the playoffs, eight teams will advance in the American League, including the first and second-place teams in each division and the clubs with the next two best records.

With a rotation that is missing David Price, Chris Sale and Eduardo Rodriguez to open the season, the Red Sox were never the choice to be among the top five teams in the A.L. But with an offense that possesses the likes of Xander Bogaerts, Raffy Devers, J.D. Martinez, Andrew Benintendi and Mitch Moreland, and a roster of complementary players that gives them as much versatility as any team in baseball, the Red Sox are certainly in the mix to play beyond this 60-game sprint.

And that’s the focus right now.

Add in an outfield defense that consists of Jackie Bradley Jr. running down everything in center and Benintendi and Kevin Pillar or Alex Verdugo in right and a middle-infield of Bogaerts and Jose Peraza, and you have the makings of a defense that is among the very best in the game. There are actually plenty of positives with this 2020 Red Sox club that has been written off for dead before the season even begins.

There are fans and experts alike who wonder just how the Red Sox will play this season. If they get off to a modest or hot start, then it’s a no-brainer.

But if they slump out of the gate, it will likely be a glorified camp for the likes of their youngest pitchers, several of whom will start the season on the 30-man roster.

For the Red Sox to make the postseason, the following needs to happen:

Nate Eovaldi needs to be an actual ace of the staff, giving the team at least six quality innings every time out and allowing Roenicke to rely on the top arms in his pen, namely Brasier, Barnes and Workman.

“I think a lot of people are sleeping on us,” Eovaldi said Thursday. “I think we’re going to come out and we’re going surprise a lot of people. Our offense hasn’t changed that much. We’ve still got a lot of guys that can swing it, and then pitching staff is the only thing I feel like we’re going to have to step up and you know fill in some roles.”

The rest of the rotation behind Eovaldi needs to not fall off a cliff before Eduardo Rodriguez returns from COVID. The real chances of the Red Sox making this 2020 season interesting depend on Martin Perez, Ryan Weber and the opener not killing or exposing the bullpen too much. If Perez and Weber can give the Red Sox five competent innings each before E-Rod returns, the Red Sox should be able to compete with the offense they have. There’s just so many questions here that make it feel more like wishing and hoping rather than expectations. Perez was hit hard in camp by his own potent offense. Maybe that will make him tougher when the season gets rolling. Weber has to be pinpoint with his 89-mph fastball and his consistent with his devastating sinker and breaking pitches. There’s no margin for error with Weber, and the same certainly can be said for the Red Sox’ chances with this staff.

Andrew Benintendi needs to be that guy who get on base at the top of the order – if indeed that’s where Roenicke decides to slot him the whole season. Benintendi on base in front of J.D. Martinez, Devers and Bogaerts puts intense pressure on the pitcher not to make mistakes and takes away the ability to pitch around any of them. I personally agree with Jim Rice’s take that Martinez belongs more in the No. 3 hole in the order than No. 2 simply because it gives the top of the order not one but two chances to have runners on in front of Martinez. Yes, the top of the order only starts the game once and you could have Jackie Bradley Jr. or Jose Peraza getting on as the order turns over, but it’s more likely that with Benintendi and Devers batting directly ahead of Martinez, you’ll be seeing more run-scoring chances for Martinez and Bogaerts.

Roenicke needs to find that right balance of days off for his regulars. He admitted as much on the eve of the opener when he suggested that due to the heavy nature of the schedule in the first 10 days, he might have to give players an off day as soon as the second game of the season. While Roenicke’s hands are tied with his pitching staff, he has the opposite problem with his position group. How will he find equal time for Kevin Pillar and Alex Verdugo? Who will back up Jose Peraza at second? How will Rule 5 infielder Jonathan Arauz fit in?

Stay healthy. This is obviously true with every MLB team in the midst of the pandemic. So far, the Red Sox have been hit hard with the losses of E-Rod, Darwinzon Hernandez and Josh Taylor, all of whom begin the season on the injured list. When these three players are cleared to return, it should provide a boost to both the rotation and the bullpen.

Thursday’s news gives new hope to the Red Sox. But will hope be enough to carry them through a 60-game sprint to the finish?