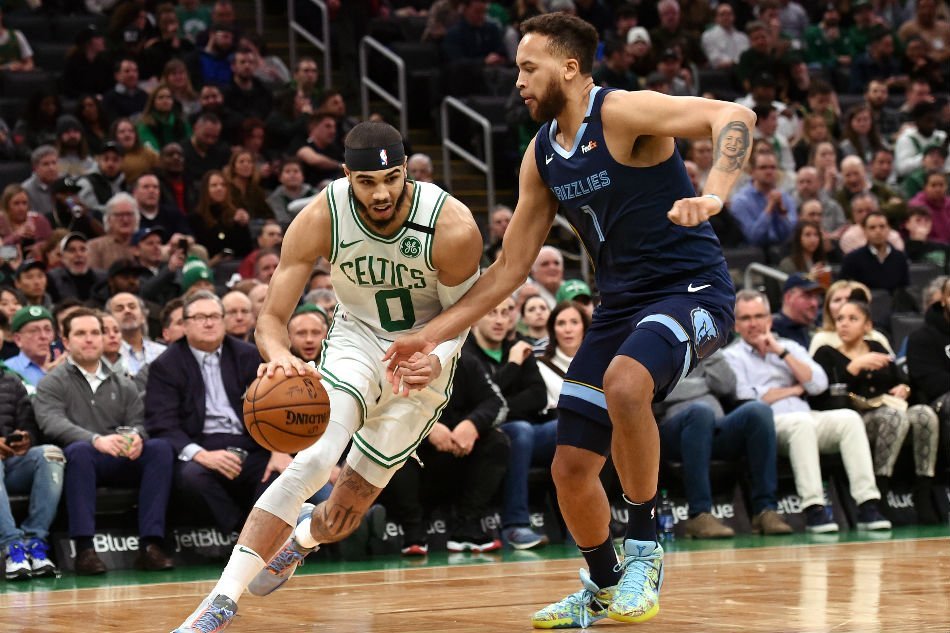 The Celtics returned from Milwaukee two weeks ago and took their coronavirus tests collectively several days later. The results returned intermediately, with Marcus Smart the lone positive. It was scary, Jayson Tatum remembered, because Smart had no symptoms.

Smart has since recovered and announced he would donate his antibodies toward finding a cure. The NBA remains halted and Tatum has barely moved since. Not even a single dribble or free throw until his mom told him to get off the couch.

Tatum moved into isolation for 10 days with his mom in their Boston-area house. Deuce stayed with his mother, while Tatum laid back and ate. The period ended this week, with Deuce returning and Tatum testing out his new ride — a stick shift that he received for his birthday in early March. He then jumped into watching his old highlights.

Jeff Goodman, interviewing him in quarantine on his Good N’ Plenty Podcast, asked “from November or February?”

The 62 days that separated Tatum’s November and February changed him as much as full seasons transformed other players. Through New Year’s Day, Tatum shot 52.9% at the rim while struggling immensely to slow down and control his bursts. That number elevated to 58% for a full month once February hit.

The NBA postponed the season four games later, halting Tatum right in his greatest stride as a pro.

“It’s unfortunate,” he said. “Right before playoffs, the season is suspended. I think about our last game at Indiana. I didn’t wake up that day like this is our last game for a while.”

Tatum remembers putting immense pressure on himself, imagining his all star announcement. After games like his 1-for-18 showing against the Mavericks, he would text Drew Hanlen, his trainer, wondering if he would even make the game.

When news dropped that he would make the game, a weight lifted. Soon, another one dropped on his shoulders. While dealing with a groin injury that would hold him out of that day’s game anyway, TMZ released a headline that nobody would immediately believe. Kobe Bryant died in a helicopter crash near LA.

Tatum previously said that Kobe was the reason he started playing basketball. They also trained together in the summer prior to the 2018-19 season. Over the 29 days that followed, he would score over 20 points in all but one game with over 30 in five of them. He closed the month scoring that many in four straight games.

41 against the Lakers in a memorable duel with LeBron James. 36 at Portland. 33 in Utah. Then 32 in an epic overtime thriller with the Rockets.

“The first game back that I played was the day I found out I made all star,” Tatum said. “It was three days after Kobe passed. It was all kind of intertwined … it kind of fueled me.”