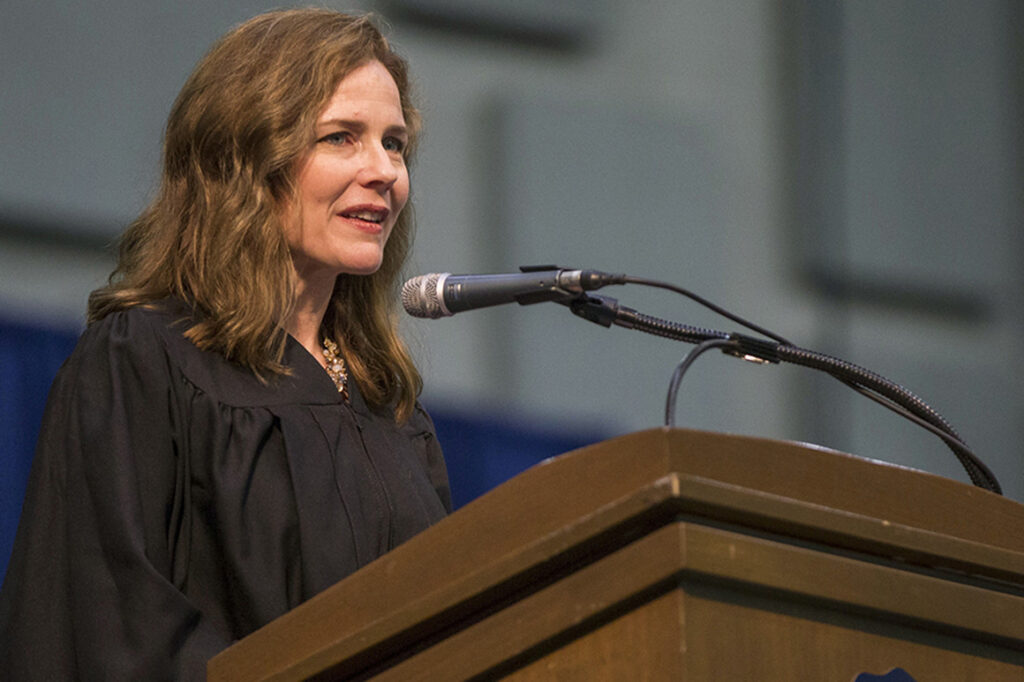 Donald Trump is moving toward nominating Amy Coney Barrett to replace the late Justice Ruth Bader Ginsburg on the Supreme Court, according to Bloomberg.

According to the Bloomberg story, Barrett met with Trump and separately with White House Counsel Pat Cipollone on Monday.

A 2017 Trump appointee as a judge on the US Seventh Circuit Court of Appeals, she is received very favorably by anti-abortion rights advocates, who are working with Trump personally to nominate her.  Bloomberg also states that she is preferred by Senate Majority Leader Mitch McConnell.

BetOnline.ag’s latest odds have Barrett as a -250 favorite.  Barbara Lagoa, who was appointed by Trump back in December as a judge for the Eleventh Circuit Court of Appeals, is a +125 underdog.  After that, no one is close, with Joan Larsen a very distant +1200 underdog.

Trump has told reporters that he has five candidates of women, however, he is unsure if he’ll meet with them all.

As noted, he has already met with Barrett.

In this space yesterday, we reported how a vote for a Supreme Court nominee was very unlikely.

Now those odds are off the board.  Senator Mitt Romney (R-UT), a fierce critic of Trump’s, backs a vote before the inauguration, which will now clear the way for a potential Trump nominee.  The US Supreme Court is now expected to shift to the right for the first time in nearly a century.