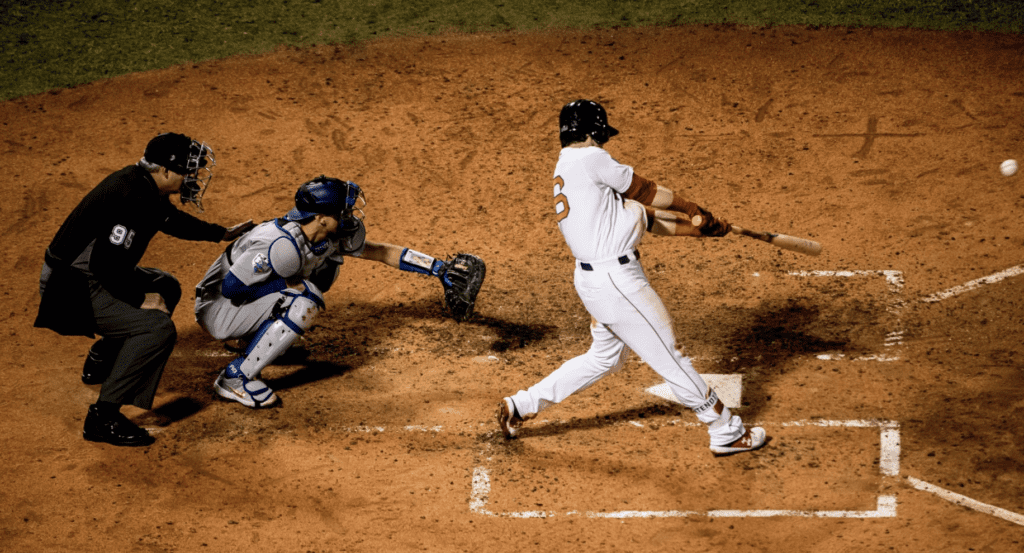 BOSTON — Turns out the bats and the bullpens, not the aces, were the real story of Game 1 of the World Series.

The Red Sox survived three RBIs from Manny Machado to take a 1-0 lead in the series with David Price set to start Game 2 for Boston Wednesday before the Series shifts to Los Angeles for Game 3 Friday night. The Red Sox won their sixth straight World Series opener dating to their last loss in 1967. They have scored 40 runs in their last four World Series openers, all at Fenway Park.

Heavy showers, thunder and lightning gave way to clear skies about an hour before first pitch, as the Red Sox paid tribute to late NESN cameraman John Martin with a moment of silence before the national anthem. James Taylor sang the national anthem and then Carl Yastrzemski got two chances to throw a ceremonial opening pitch to Dustin Pedroia.

This was not the Chris Sale-Clayton Kershaw showdown everyone expected from the two most dominant left-handed pitchers of the last decade. Among active pitchers who have thrown at least 1,000 innings, the two aces were the only two with a career ERA below 3.00 (Kershaw-2.39, Sale-2.89). The two pitchers didn’t even combine to throw a complete game.

The thinking heading into the opening game of the 2018 World Series was that starting pitching would dominate.

And for a half inning, it did. Chris Sale blew away Brian Dozier and Justin Turner on strikeouts but needed 11 pitches to do so. That would be a harbinger of things to come for Sale, who featured a 96 MPH fastball and seven pitches of at least 94 MPH.

But that adrenaline came with a price. After a David Freese single to right, he got Manny Machado to fly out to left to end the first on Sale’s 21st pitch.

The Red Sox got to Kershaw immediately, with Mookie Betts singling to center to open the first. The biggest play of the inning came when David Freese misplayed a popup in foul territory that landed just to the right of the foul line behind first base. Given a second chance. Betts singled.

Alex Cora apparently got word from his scouting department that his team could run on Kershaw. Betts stole second and scored on Benintendi’s single to right. Benintendi advanced to second on the throw home. He came home on a single by J.D. Martinez and it was 2-0. Martinez took off for second during an at-bat to Xander Bogaerts and was thrown out.

The Dodgers continued to work Sale in the second. Sale also made a mistake to designated hitter Matt Kemp when he left a 93 MPH fastball over the middle of the plate. Kemp drove it to the second row of Monster seats in left-center to cut the lead to 2-1. But of more concern were the 30 pitches it took for Sale to get through the second.

Freese singled and came home to score on a Machado single to left and the game was tied, 2-2.

The Red Sox regained the lead in the third against Kershaw when Steve Pearce just beat out a potential double play ball with two out. J.D. Martinez followed by launching a two-out drive off the garage door in center, scoring Pearce.

But as he was turning second base for a possible triple, his left foot slipped on the base and his right ankle turned badly in the dirt. Martinez stayed in the game after testing his ankle in the outfield.

After Sale’s best inning, a 14-pitch 1-2-3 fourth inning, the Dodgers finally got Sale out of the game in the fifth after a leadoff walk to Brian Dozier. Matt Barnes came on and allowed a single to left by Justin Turner. The Dodgers tied it at 3-3 when Machado grounded out sharply up the middle to Ian Kinsler, scoring Dozier. It was the first inherited runner to score against the Red Sox pen since Game 1 of the ALDS against the Yankees.

The Red Sox came back again in the fifth when Mookie Betts walked and Benintendi singled for a third straight at-bat. Ryan Madson came on and walked Steve Pearce before striking out Martinez on three pitches. But the Red Sox broke through when Xander Bogaerts beat out a double play ball to short, scoring Betts. Benintendi scored on Rafael Devers’ single to right and it was 5-3 Boston.

After Joe Kelly’s perfect sixth, the Dodgers loaded the bases against Ryan Brasier in the seventh. Brasier was allowed to face Manny Machado with the bases loaded and survived with only a fly ball to Jackie Bradley for a sacrifice fly that cut Boston’s lead to 5-4. Eduardo Rodriguez was called on to retire left-handed hitting Clay Bellinger, who flew out to center to end the inning.

But for the third time in four tries, the Red Sox answered a Dodger score in the bottom half of an inning. And they used a dramatic blow to seal the game. Eduardo Nunez came on to pinch-hit for Devers with runners at first and third and two out. He drilled a 1-0 Alex Wood offering to the Monster seats in left for the first Red Sox postseason pinch-hit home run since Bobby Kielty in Game 4 of the 2007 World Series.

Nathan Eovaldi pitched a perfect eighth before Craig Kimbrel closed out the win.