Andrew Luck Retirement Has Little to No Impact on Patriots 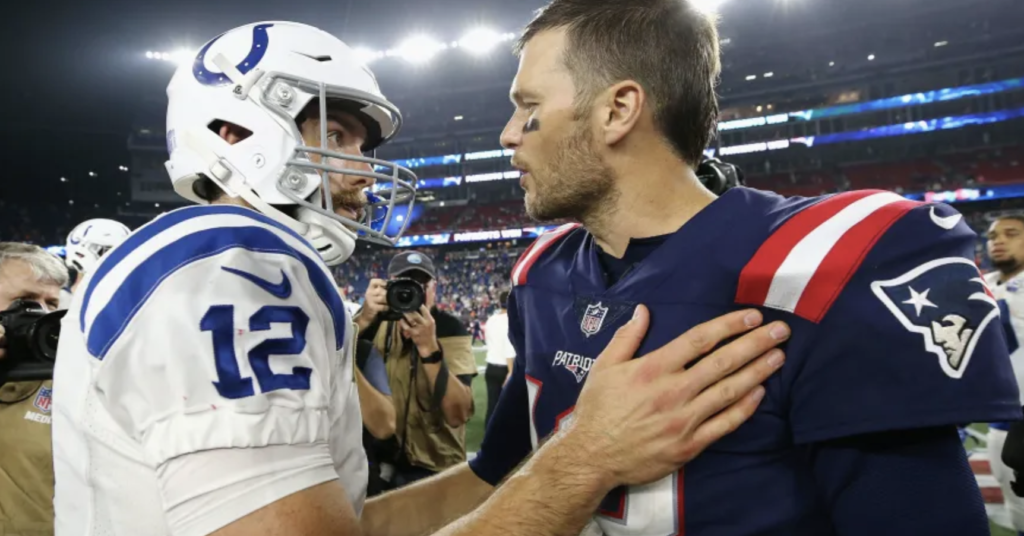 Andrew Luck’s retirement was a shock to most NFL observers but in New England you’ll excuse Patriots fans if the news was met with a collective yawn.

From the moment he entered the NFL in 2012 Luck was the chosen one. The Prince who was promised. The man who was going to take the torch from Peyton Manning and challenge the Patriots for AFC supremacy for as long as Luck’s arm was capable of slinging footballs (7 years it turned out.)

Injuries and a constant cycle of pain and rehab are why Luck stepped away from the NFL after 7 seasons. The Patriots (plus a consistently crappy offensive line, shoddy defense and an incompetent GM who failed to address either issue) are big reasons why the Colts QB never delivered on that promise.

Six full seasons, four trips to the playoffs, one ‘appearance’ in an AFC Championship appearance (a 45-7 drubbing in Foxboro)

His career record against Tom Brady and the Patriots including that 2014 title game beat down is 0-and-6 with only one loss in the single digits. In two playoff appearances Luck completed a combined 43 percent of his passes against New England and threw six interceptions.

Luck’s career can best be described as one big participation banner.

It’s gonna be a long time before the #Colts hang one of these again. pic.twitter.com/VptIFKk6CE

And while Luck is considered one of the true good guys in the NFL, don’t expect Pats fans to weep for him or anyone affiliated with the Colts franchise for their role in the Deflategate scandal. It was Luck’s Colts who dimed out the Pats to officials in that aforementioned 2014 AFC title game.

Expect to hear the word Karma a lot in the coming days.

As for on the field impact, this was ‘supposed’ to be the year Luck’s Colts actually challenged New England. Indy was returning one of the best offensive lines in football and a strong defense.

But without their franchise QB it’s hard to imagine Indianapolis achieving anything other than ‘also ran’ status.

Which frankly is all they were with him, so here in New England really not much has changed.