The series is only tied 1-1, but after the Celtics led by as many 34 points against the Heat on Friday Bobby Manning believes Miami is already in trouble. 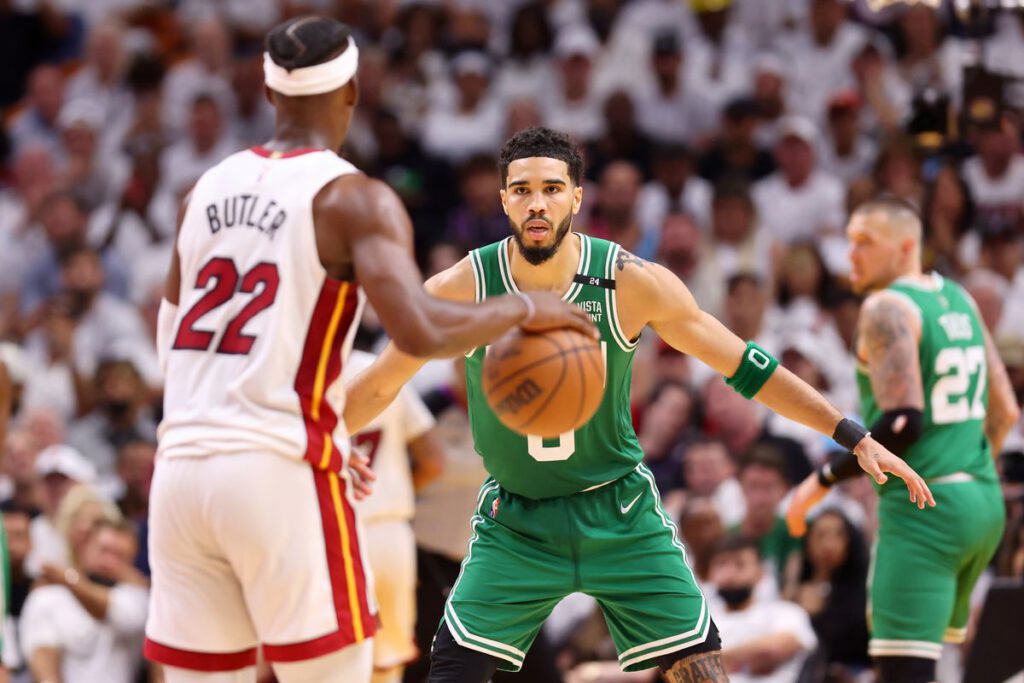 Bobby Manning says that after the Celtics’ blowout Game 2 win over the Heat and the return of Marcus Smart for 40 minutes and Al Horford stepping back quickly from COVID protocol to dominate defensively that Miami is done. Boston stole home court advantage and has now won 7 out of the 8 quarters in the eastern conference finals, aside from a slip-up in the third that cost them Game 1. Josue Pavon is still giving the Heat their respect, with Jimmy Butler, Bam Adebayo and Tyler Herro equipped to challenge the Celtics’ defense. P.J. Tucker went down with a knee injury though, and Kyle Lowry has yet to play with a hamstring injury and doesn’t appear close.

Have the Celtics already solidified themselves as heavy favorites with the series turning back to Boston?