Aron Baynes Gets Starting Nod Over Marcus Morris For Game 5 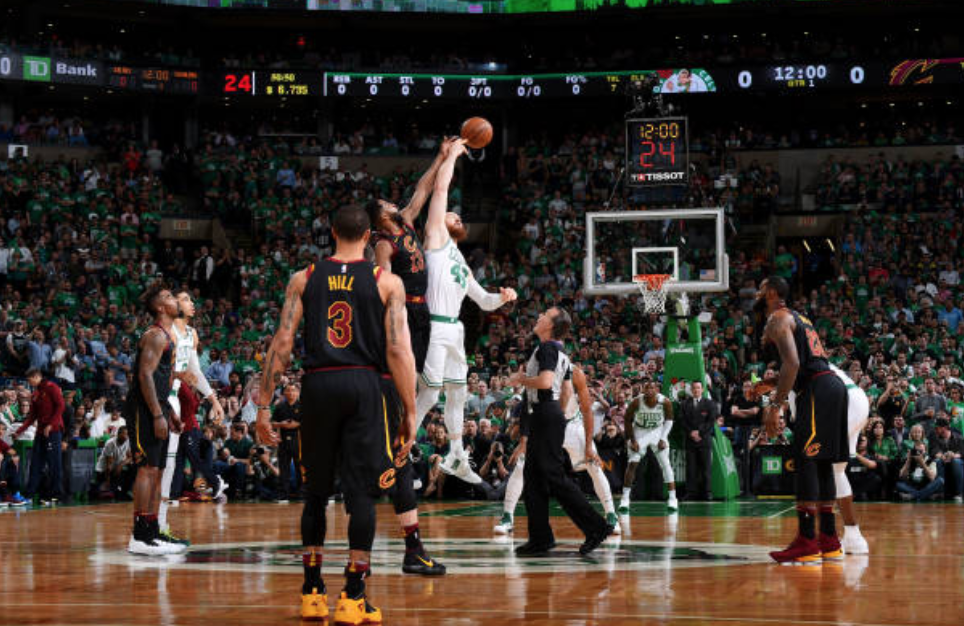 BOSTON — Time for contemplation is finally over for Brad Stevens. The coach finally decided to make the move and change his starting lineup to match the physicality and size of the Cavaliers for Game 5.

After playing coy with reporters before Game 4 and keeping the same lineup, Stevens finally decided to make a change Wednesday, changing out Marcus Morris for Aron Baynes. The move allows the Celtics to go big with Baynes on Tristan Thompson while handing LeBron James over to Jaylen Brown.

Baynes had a block of George Hill on one end and a put-back tip in on the other.

The other four starters for the Celtics remained the same as Terry Rozier, Al Hoford, Jaylen Brown and Jayson Tatum all started for Boston.

The move wasn’t known until it was flashed on the video board until 20 minutes before tipoff, the minimum notification time required by the NBA. Asked why he wouldn’t disclose the news any earlier like he did in the 2017 playoffs, Stevens said he’s a wiser coach now.

“Yeah, I don’t think I knew the rules,” Stevens said. “Nobody told me the rules when I got here. They just sent me out here to do the media sessions before every game, and nobody said I didn’t have to say it. Yeah, I guess I’m learning every day. I’m still contemplating the rules.”