Attitude Adjustment: Vonn Bell Out To Prove Bengals Can ‘Take Over’ On Defense 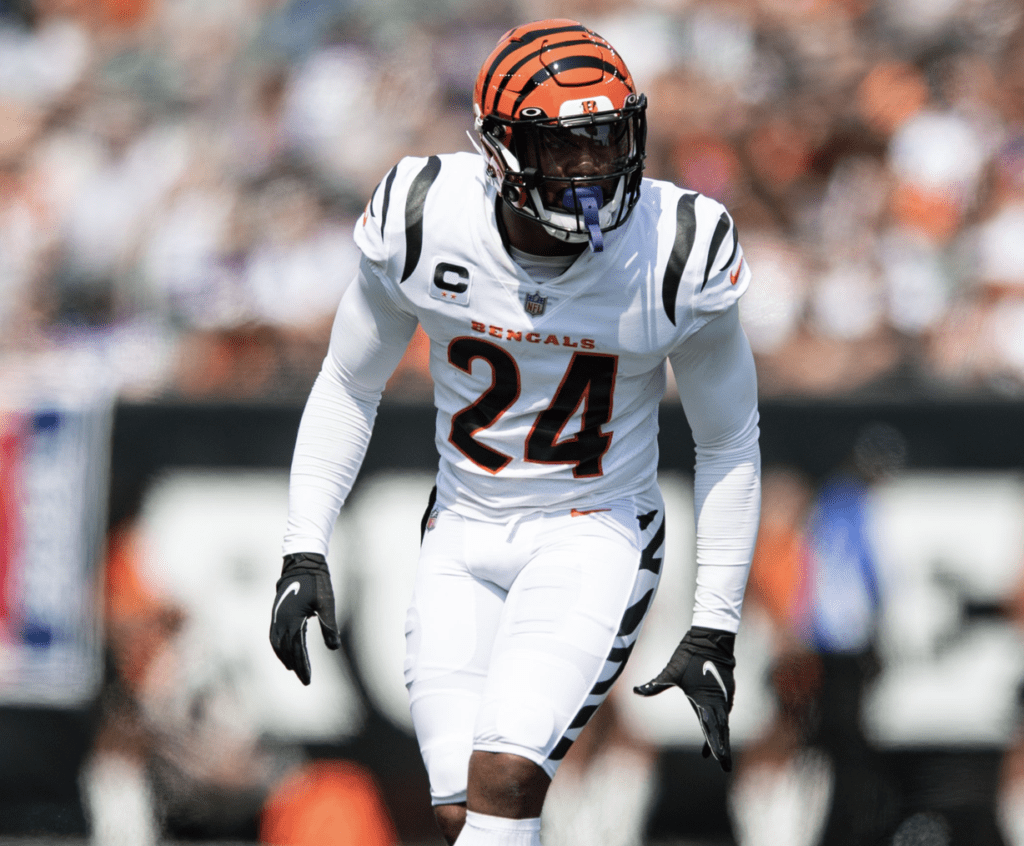 CINCINNATI – When the Bengals signed Vonn Bell to a three-year, $18 million deal in March 2020, they signed him as much for his attitude as his hard-hitting skills on the field as strong safety.

So, when asked about playing in front of a capacity crowd on the road for the first time since 2019, it should surprise no one that his response was one that would inspire attack, not fear.

This admonishment of fear is apparently a big one with the 2021 Bengals. Zac Taylor spoke Monday of how his team “is not going to fear failure” when playing. Sure, that may be an after-the-fact rationalization of some of the non-traditional calls that didn’t pan out in Sunday’s 27-24 OT win.

Asked Vonn Bell the mindset he and #Bengals D need heading into Soldier Field Sunday: "I think the mindset is 'we're about to take over. We're going to take over the city.' We're at war now. We're in our foxhole." pic.twitter.com/yst5ZzjMMk

But it’s important to understand that Taylor is instilling an attitude of aggressiveness that he believes will find its way into all aspects of the team, including the secondary led by captains Jesse Bates III and Bell.

When Eli Apple had a series to forget on Minnesota’s first touchdown drive in the first half -including a missed tackle on third-and-24 that led to a first down and a defensive holding in the end zone – Bell’s message to his fellow Ohio State alum was simple.

“I think he’s doing well. It’s still some things to fix, but I always tell him ‘next play. Forget about it, go out there and challenge. Be you.’ And that’s the biggest thing, he’s like a brother to me. I’ve been knowing him for a while, played with him. It’s always the next thing. We always have the hard conversations; he gives me hard conversations—we just want the best for one another and that’s the biggest thing. That’s trust and that’s brotherhood.”

“It’s an honor,” Bell said. “When your peers vote you to be a leader in front of the team. It’s an honor. I’ll never take that for granted. It’s going out there just to do my part, my 1 (of) 11 to really help this team succeed. That’s the biggest thing.”

On Monday, Bates said that he texted with Bell before the game to play with violence. Bell reaffirmed that attitude on Wednesday when asked how he felt the team tackled in the Week 1 debut.

“We tackled well,” Bell said. “We gotta keep on putting it on platform, putting it on film. The only thing we have is (instilling) fear for the offense because everything is predicated to the offense. Now you go out there and tackle violently and show it on film, all the offenses are going to recognize that then they won’t come across the middle like they usually do. So that’s what we got and what we’ll keep on doing.”

All of which leads to the Bengals finding a much more aggressive and attacking mentality on defense, like he experienced in New Orleans.

“We want to put our best foot forward,” Bell said. “We want to be the heartbeat of the defense. We always tell each other that. Bring that energy, bring that enthusiasm and go make plays for one another.
“Playing together, trusting one another and playing for one another. That’s the thing (we’re) a close-knit group (that’s) like a family. We don’t want to the person beside of us down. That’s the biggest thing, we feel that energy in the locker room.

“We feel that on this side of the ball and we just want to go out there and play together and have fun. We want to play as one, you’re only as strong as your weakest link so we’re playing together right now, we’re playing well. We want to continue to put good stuff on tape.”